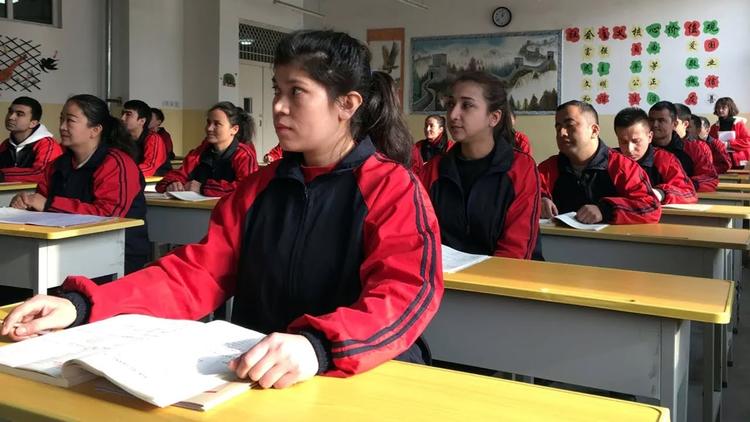 (Human Rights Watch) – “I’m sure that you will support them, because this is for their own good…and also for your own good.”

This was one of the lines officials were instructed to deliver to children returning to Xinjiang and learning that their family members had been sent to “political education” camps, according to a trove of Chinese documents leaked to and published by the New York Times.

Since early 2017, Chinese authorities have arbitrarily detained about 1 million Turkic Muslims in facilities where they are subjected to forced political indoctrination, effective renunciation of their faith and culture, and in some cases torture. The Chinese government initially flatly denied the existence of these camps. But more evidence emerged and Beijing found itself challenged by United Nations experts, human rights groups, media outlets, and scholars.

Under pressure, Chinese officials changed their story to suggest these were merely “vocational training” centers designed to increase economic opportunities and mitigate any “extremist” impulses. Many officials insisted the “training” was voluntary, allowed under Chinese law, and essential for peace and prosperity in a strategically and economically important region. According to state media, “trainees” and their families found the “education” helpful and they were grateful to the government for providing it.

The documents recently released via the New York Times—and now another slew published by the International Consortium of Investigative Journalists—prove the opposite of the government’s assertions, offering a chilling view into Chinese authorities’ convictions that Turkic Muslims must be “educated” into relinquishing their distinct identity and replacing it with loyalty solely to the Chinese Communist Party. The documents substantiate the authorities’ intentions and plans to commit gross human rights violations cloaked in the language of protecting the state from unseen threats. The formal instructions for carrying out the program are frighteningly reminiscent of other regimes responsible for industrial-scale human rights violations.

To people inside and outside of the country, China projects the image of a global power. It has the world’s second largest economy, it’s a permanent member of the United Nations Security Council, and the all-powerful Communist Party is in its eighth decade of rule. Yet, this is also the government that wrote and distributed a script to officials in Xinjiang to lie to children about the mistreatment of their parents. Officials were told to reassure children that their family members were being looked after well, and that students would be supported by authorities if they had financial or other needs. Young people were not to be told that their family members had committed crimes, but rather that “their thinking had been infected by unhealthy thoughts.”

And perhaps the ultimate insult: Children were to be instructed to be grateful to the authorities for “helping” their family members in this way. These instructions reveal that the Chinese government knows exactly the pain it is causing the children, and the risks it runs in alienating them. To mitigate this, it’s concocted a sophisticated lie to cover up what’s truly happening and threatens children if they speak up about their parents.

There are few silver linings on offer in these documents. But they do reveal snapshots of more humane behavior—not least in their leaking, a move that will undoubtedly prompt a furious search within the uppermost echelons of the Communist Party for those responsible. According to the Times, the leaker “expressed hope that their disclosure would prevent party leaders, including [President] Xi, from escaping culpability for the mass detentions.”

Officials in Xinjiang largely carried out their duties in establishing “political education” camps and otherwise enforcing Beijing’s crackdown. Yet some officials in southern Xinjiang resisted: One, Wang Youzhi, released 7,000 people from a camp. Another, Gu Wensheng, tried to block some detentions. Both lost their jobs and were prosecuted for their refusal to follow orders, yet the fact of their resistance suggests that the objections to President Xi Jinping’s brutality in Xinjiang is not purely external.

It’s telling that the Chinese government has not denied the authenticity of some of the documents. The outstanding challenge, though, is to use this as well as other evidence available to hold accountable those responsible for serious human rights violations, including President Xi, Xinjiang Party Secretary Chen Quanguo, and former Xinjiang Deputy Party Secretary Zhu Hailun, through tools like the Global Magnitsky Act.

U.N. Secretary-General António Guterres, U.N. High Commissioner for Human Rights Michele Bachelet, and government leaders should not just publicly condemn the officials behind these documents, but vigorously pursue all avenues for justice, including through an independent investigation into these mass arbitrary detentions. Children across Xinjiang, and their parents, deserve no less.