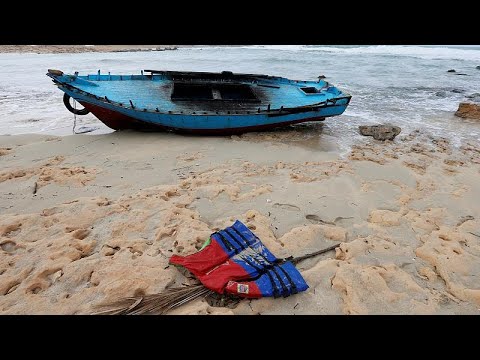 Ann Arbor (Informed Comment) – The Daily Sabah is reporting that a couple of weeks ago the Turkish navy made an Israeli research vessel leave the territorial waters off Turkish Cyprus.

The island has been divided politically into a Greek-speaking Cyprus and a Turkish province since the 1974 Turkish invasion.

Since 2011 there have been accusations and counter-accusations over offshore gas exploration. Turkey has done some exploring off the Turkish side of the island, while the Cyprus government has also been exploring. Each objects to the activities of the other.

Egypt and Greece have made agreements with Cyprus to develop the undersea fields, but Turkey insists that this step cannot be taken unless provisions are made for Turkish Cypriots to share in the profits. Cyprus says that any such sharing of profits would be fair but could only take place after a diplomatic settlement of outstanding issues between Cyprus and the Turkish portion of the island.

In early 2018, Turkey chased an Italian exploration ship away from Cyprus waters, angering the European Union. It continues to threaten to interfere with any gas drilling anywhere near the island of Cyprus.

WaPo reports that “In early 2019, Cyprus, Israel and Egypt together with neighbors Greece, Jordan, the Palestinian Authority and Italy founded the East Mediterranean Gas Forum.”

The problem? They left out Turkey, which is in NATO and is the major military power in the Eastern Mediterranean, and is more populous than any of the signatories except Egypt.

Cyprus refused to include Turkey. Israel has had increasingly contentious relations with Turkey under President Tayyip Erdogan, who supports Muslim fundamentalist movements such as the Palestinian Hamas in Gaza. Erdogan is also a spokesman for Palestinian rights in general. The bouts of shouting between the two countries, however, have not interfered with economic relations and even arms sales.

At the same time, Turkey has been continuing its own exploration activities and this fall has actually begun drilling, which caused the European Union to threaten sanctions.

Greece has longstanding differences with Turkey over the exact demarcation of the maritime boundaries between the two countries and over overflight rights. On Nov. 27, the two countries had a spat over the signing of a Turkish-Libyan maritime boundary agreement that cuts across a part of the sea claimed by Greece. Egypt and Turkey are at odds over Ankara’s support for the Muslim Brotherhood and the Gulf state of Qatar. Egypt also quietly sides with Bashar al-Assad in Syria while Turkey backs Sunni Arab fundamentalist militias.

So the further irritant of the Cyprus issue is helping divide the Mediterranean.

From Turkey’s point of view, the agreements being made about undersea natural gas are excluding Turkish interests unfairly.

The Israeli plans also exclude any claims by Palestinians or the Lebanese. Both have sea front on the Mediterranean and therefore a presumptive claim on part of the gas field that stretches along the shore, but Israel is claiming it all for itself.

Tragically, this natural gas that is getting everybody so fired up is an earth-poison that, if drilled and burned, will contribute to substantial sea level rise, putting the Egyptian Delta, the western parts of Thessaloniki in Greece and many Greek islands, Gaza, Tel Aviv, much of the Turkish coast, and Cyprus’s Larnaca itself at risk of flooding and over time even submersion.

Center-right Greek Prime Minister Kyriakos Mitsotakis played the climate card at COP in Madrid this week, charging Turkey with obstructing European attempts to deal with the climate emergency. He argued that the natural gas would replace coal, and Turkey was interfering with it coming on line. The flaw in Mitsotakis’s reasoning however is that large scale wind and solar can already replace coal. New natural gas drilling produces high methane emissions, which are hundreds of times deadlier as a green house gas than carbon dioxide.

Greece produces its own lignite coal and produces half of its electricity from it. I hate to be cynical but I suspect this preference for undersea natural gas over renewables to replace coal is because the corporate and government profit margins in natural gas are larger, even though renewables are now across the board cheaper for consumers in a place like Greece.

In a sane world, these countries would send the exploration and drill ships home, and send the naval vessels home, and go all in for wind and solar.