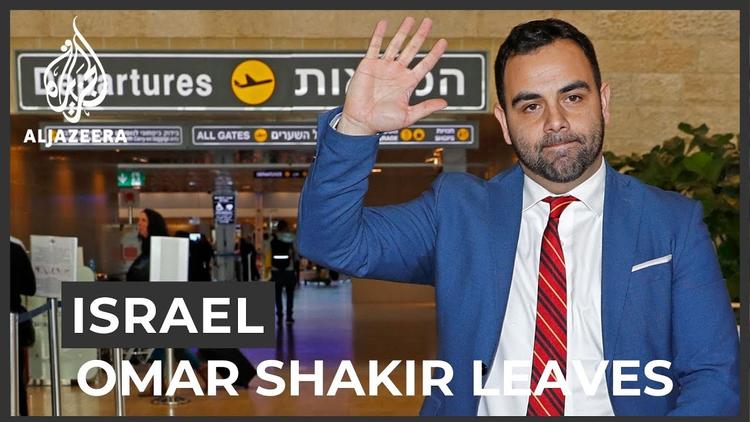 ( Middle East Monitor ) – Israel has a long record of camouflaging the truth where Palestine is concerned.

Integral to this, in recent years, has been the growing war against human rights groups documenting Israel’s abuses against Palestinians and other Arabs.

Israel’s hostility towards such groups is targeted, first and foremost, against Palestinians themselves.

But Israel’s war against human rights is not limited to Palestinian groups – it also targets international human rights groups. The state’s latest authoritarian actions, once again, demonstrate this in abundance.

Any group or organisation striving to shed light on, or expose Israel’s crimes against Palestinians, is considered a threat by the apartheid state occupying Palestine. Therefore, they are unlawfully hostile towards such groups – no matter how timid and toothless they are in their criticisms.

Amnesty International recently noted that the trend of Israeli attacks on it has been escalating in recent years.

The latest such action was an arbitrary travel ban on one of their own Palestinian staff members, Laith Abu Zeyad.

In October, he was banned from travelling from the Israeli-occupied West Bank to Jordan, in a clear act of punishment, for his help in exposing Israeli human rights abuses. Abu Zeyad had been on his way to attend a family funeral in Jordan. This ordinary human act was instead cruelly blocked by Israel’s vindictive hatred of Palestinians.

The Israeli pretext was the usual nebulous one: “Security reasons”.

Amnesty International’s secretary-general, Kumi Naidoo, denounced the Israeli action, explaining that: “The Israeli authorities’ claim that they have security reasons for banning Laith Abu Zeyad from travelling is totally absurd. Their failure to provide any details to justify the ban reveals its true intent. This is a sinister move imposed as punishment for his work defending human rights of Palestinians.”

Amnesty International’s Naidoo demanded that: “The Israeli authorities must immediately lift arbitrary travel bans on Laith Abu Zeyad and all other Palestinian human rights defenders who are being punished for daring to speak out about Israel’s systematic discrimination and human rights violations against Palestinians.”

After a long-running legal struggle, Israel expelled Omar Shakir from the country – the director of the Jerusalem office of Human Rights Watch (HRW).

Shakir’s work visa had been revoked by Israel last year, and he was ordered to leave the country over his alleged support of the BDS movement – for boycott, divestment and sanctions against Israel.

In fact, HRW is a rather timid, liberal-establishment type of technocratic human rights group, which never fundamentally challenges the established corporate world order. Shakir’s supposed support for BDS amounted to little more than one tweet of an article about the BDS movement.

HRW itself, during the court case, rather shamefully distanced itself from BDS, stating: “Neither HRW – nor Shakir as its representative – advocate boycott, divestment or sanctions against companies that operate in the settlements, Israel or Israelis.”

This cowardice didn’t help them in the slightest, however, since Shakir was still expelled.

The Israeli high court last month cleared the way for this, with one judge disclosing: “Human Rights Watch is not classified as a boycott organisation – and it can request the employment of another representative who is not involved up to his neck in BDS activity.”

This is for the same reasons that Israeli collusion with Donald Trump in the US, and Boris Johnson in the UK, in an attempt to ban the BDS movement – while of extreme concern – is in fact a sign of long-term weakness.

Israel cannot win the arguments. Instead, it has resorted to brute force and crude censorship – in collusion with its right-wing allies around the world.

The Israeli lobby is in long-term, eventual and terminal decline.

To resist, it is important to insist on the right of honesty.