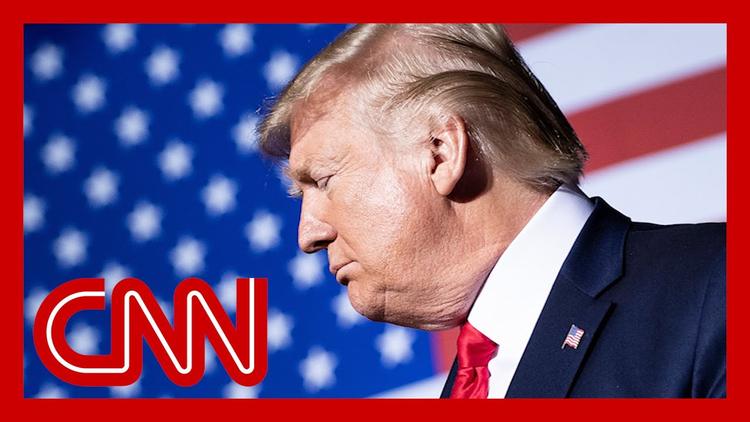 By Brendon O’Connor and Daniel Cooper | –

The US House of Representatives voted today to impeach President Donald Trump, making him the third president in the history of the United States to be impeached.

The first stated that Trump committed an impeachable offence by withholding $391 million in military aid from the Ukraine until its government announced an investigation into the activities of Joe Biden, a potential political opponent of Trump’s in the upcoming 2020 presidential election.

The article states the president “abused the powers of the Presidency,” “betrayed the nation,” and remains an ongoing “threat to national security and the Constitution”.

The second article is worded just as strongly. It claims that Trump obstructed due process in pressuring government agencies and officials to defy multiple subpoenas issued by the congressional committees established to investigate the president’s actions in relation to the Ukraine.

Referring to Trump, it states:

In the history of the Republic, no president has ever ordered the complete defiance of an impeachment inquiry or sought to obstruct and impede so comprehensively the ability of the House of Representatives to investigate “high crimes and misdemeanours” – the Constitutional standard justifying the impeachment of a sitting president.

These are obviously very serious charges.

Impeachment is a political act. Conviction is unlikely

Legal debates about what constitutes “high crimes and misdemeanours” are ever present in these types of proceedings. But impeachment is ultimately a political act.

Democrats control the 435 member House of Representatives with 232 sitting members, giving them a clear majority. Republicans control the Senate 53-45 (with two independents).

That makes the likelihood of achieving 67 votes required for a conviction unlikely.

So far, events are unfolding as many predicted. The house voted largely along party lines to impeach the president on both articles, which means a legal trial will now be held in the Senate starting in January.

Given the Republican majority in the Senate, it is hard to see the president being convicted. As a result, Trump’s impeachment is anti-climactic because justice is likely to be thwarted by partisanship.

Just as worrying, Trump has demonstrated that the more corrupt and mendacious the behaviour of a candidate and then president is, the lower the expectations the public and their party has for them. How long lasting this corruption of basic democratic standards will be is hard to tell.

Events will move fast next year: the Senate trial will be completed within the first few months of 2020, which means the country’s attention will then shift to the presidential race. If, as expected, Trump survives in office, what matters then is the court of public opinion.

Republicans prefer a quick trial, as public opinion has not shifted against the president as Democrats hoped it would as more information was revealed.

According to a recent CNN poll, support for convicting and removing Trump from office stands at 45%, which is down from 50% in a poll conducted in mid-November. When it comes to registered Democrats, 77% support conviction, but this too is down from 90% recorded in November.

When it comes to the swing states that could decide the next presidential election, citizens are split, with 46% wanting removal and 45% opposed.

These numbers do not provide a great deal of guidance as to whether impeachment is going to help or hurt Trump’s re-election chances in 2020.

One of the more troubling aspects to emerge from recent opinion polling is that there is a large minority of Americans who are disengaged from this whole process. Impeaching a president is a political act, but it is also the most serious action that can be taken against a sitting president.

As Richard Nixon put it, “People have got to know whether or not their president is a crook.”

However, according to a new Washington-Post ABC News poll, while 62% of respondents said they were following events closely, 38% said they were either only paying modest attention, or not paying any attention at all.

This is troubling, for whatever one thinks about Trump’s policies, he is a populist president who sees democratic institutions as a hindrance to his rule.

When such a large minority expresses disinterest in his impeachment, it is a toxic mix of a leader eager to sideline democratic institutions and a large bloc of voters unable and unwilling to make a considered judgement on whether or not “their president is a crook.”

This, of course, may be symptomatic of the Trump era. One crisis – even one as grave as impeachment – is simply replaced by another crisis in due course, all of which, in more tranquil times, might have spelled the end of a presidency – but not so in the age of Trump.

It is as if the boundaries between right and wrong, between authoritarianism and democracy, between truth and lies, have become so blurred that citizens no longer know where to take their stand, or they simply retreat into a knee-jerk partisanship which no longer requires critical thought.

Next year will begin with the Senate trial of Trump. He will be most likely acquitted by the Republican majority.

Attention will then turn to the race for the White House. Trump’s approval numbers are not good, but they are salvageable. More twists and turns will surely follow impeachment proceedings. In the Trump era, we should expect nothing less.

Impeachment is not the end of the process for Trump.