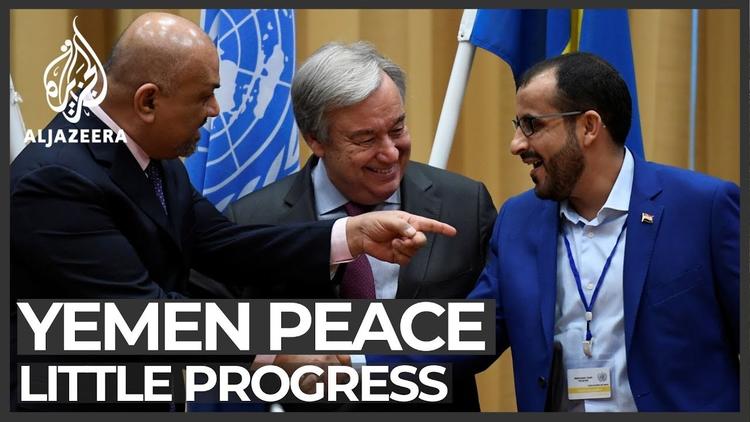 At the beginning of November, warring parties from Yemen’s south reached a power-sharing deal which aimed not only to defuse tensions among Arab alliances in South Yemen but was also seen to as a step closer towards ending the war in the country.

The tensions between the Saudi-backed Hadi government and the UAE-backed southern separatists led by the Southern Transitional Council (STC) culminated in August, when southern secessionists seized control of the city of Aden, the internationally recognised government’s temporary capital. Frictions not only risked triggering a new conflict but also threatened to alienate two close Gulf allies, the Saudis and the Emiratis.

Although armed conflicts have mostly stopped, the situation remains uncertain and it would be naïve to think that the agreement will be easy to implement. Much will depend on how it is perceived by the two opposing camps and whether it will be understood as a win-win solution.

As the parties of the agreement have failed to meet the deadline to establish a power-sharing government many Yemenis wonder if the deal is realistic and achievable.

The Saudi brokered agreement ambitiously addresses a wide range of issues and aims to restructure political, economic, military and security relations between the STC and the government.

The newly negotiated government should be comprised of 24 ministers with an equal number of ministries allocated to STC and Hadi supporters.

While the deal legitimises the status of the STC, which has previously been excluded from all UN-brokered peace negotiations, and secured UAE influence through the STC, it is unsure whether such a model will really work in practice and whether or not the STC will comply with it, including Saudi supervision of the agreement.

Anne-Linda Amira Augustin, a political advisor to the Foreign Representation of the STC at the European Union, explained to MEMO that the STC is ready to find a solution not only with the government, but also to end this war. The STC agreed to participate in talks with the government immediately after the August incidents, but according to her, “it was Hadi’s government that rejected talking to the STC.”

Peter Salisbury, Crisis Group’s senior analyst for Yemen, observes that the agreement goes out of its way not to address the core political dispute between the STC and the government. As such, “it is widely seen as a stop-gap measure to prevent a civil war within a war, and improve the government’s credibility as a player in UN-led peace talks,” he told MEMO. He assumes that the incentive for the STC is a place at the talks, where it can raise its call for southern independence.

But the southerners’ independence agenda may trigger new tensions as soon as this issue appears at the negotiating table. According to Augustin, nothing has really changed as “the STC has been very clear since its emergence that its major objective is the re-establishment of the state in south Yemen on its pre-1990 borders and the Riyadh agreement had not changed this objective.”

If the STC had given up this goal, she is convinced that the people in the south would then form another entity that advocates the same goal.

However, the representation of south and north Yemen remains problematic, according to many authors, as the agreement failed to adopt an inclusive approach and ignores several factions, including southern factions that are not aligned with the STC. Mareike Transfeld from the Free University in Berlin observes that many political forces in Yemen claim to represent large geographical areas, but none of them were democratically elected, so it is highly debatable whether they represent the people or areas that they control.

Gerald Feierstein, Senior Vice President of the Middle East Institute and former US ambassador to Yemen, thinks that it is for Yemenis to work out the terms of their political agreements going forward. According to him it will be important for the process to be inclusive and to give all Yemenis the sense that their interests are being addressed. “In the immediate term, the key issue was to resolve the dispute between the government and the STC, which was the source of violence in the south and threatened to undermine the broad coalition confronting the Houthis.”

As for Salisbury, he believes the deal gives the Saudis a fair bit of wriggle room to push for more inclusion during the government formation period and they are likely to try and make the future cabinet more representative of all the different factions aligned against the Houthis.

Houthis mark the the fifth anniversary of their control of the Yemeni capital Sanaa, on 21 September 2019 [Mohammed Hamoud/Anadolu Agency]

As a matter of fact, the STC has begun to initiate a south-south dialogue with different southern factions, under the chairmanship of Ahmad bin Buraik, head of the STC’s National Assembly, Augustin added. She hopes that UN-led peace talks will be inclusive, and that it will not repeat the past mistakes when the STC was excluded from the peace process, although southern troops have played an important role in fighting Al-Qaeda and the Houthis in recent years, and although the STC represents a majority of southerners.

Another problematic detail is related to Saudi supervision of the new government and the whole agreement. Keeping the fate of Yemen in the hands of Saudi Arabia, (which is responsible for Yemen’s tragedy) actually legitimises the Saudi-UAE interference in Yemeni affairs, and limits the sovereignty of the state. This is clearly visible in the case of recent Saudi negotiations with Houthis in Oman, without the involvement of the Hadi government. So, by transforming into sponsors of peace between their proxies, Saudis and Emiratis will maintain their influence through the factions they control.

However, Augustin does not think that the Riyadh agreement changes Saudi or Emirati presence in the country significantly. The primary objective of the agreement, according to her, is finding common ground between the government and the STC.

In Feierstein’s view, the agreement is limited in scope and neither resolves all existing conflicts and divisions, nor creates new ones.

The agreement, thus, should not be understood as some long-term conflict resolution mechanism, although, according to Salisbury, Riyadh can use it along with Saudi-Houthi talks to broker the beginnings of a political solution to end the war, when all the rivalries and political divisions will need to be addressed. But if it breaks down beforehand, it may well be an overture to a new conflict.

Stasa Salacanin is a senior correspondent for Qatar’s business newspaper BQ Magazine, Salacanin concentrates on issues relating to the GCC, including in-depth analysis of the oil and gas sector, aviation, hospitality, as well as international relations and geopolitical subjects.
———