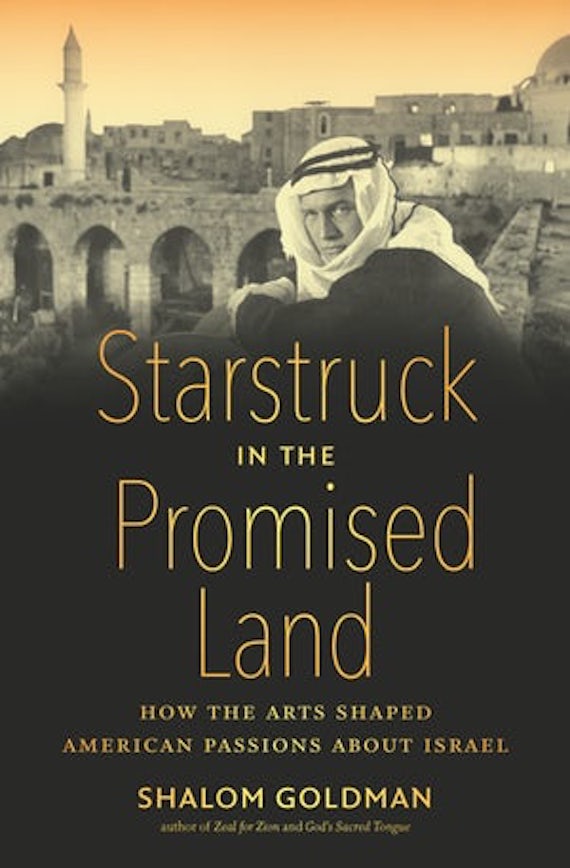 (Special to Informed Comment) – James Baldwin was one of the first African American writers to visit Israel. In the fall of 1961, he spent two weeks in Israel as a guest of the government. Baldwin was thirty-seven at the time, and already well-established as an essayist and novelist. He had published his first full-length essay, “Harlem Ghetto: Winter 1948,” in February 1948 in Commentary, the journal of the American Jewish Committee. Baldwin published his first short story, “Previous Condition,” in the same magazine eight months later.

Much of Baldwin’s “Harlem Ghetto” essay was concerned with black-Jewish relations. In religious terms, Baldwin noted, African Americans identified with the Hebrews of the Old Testament: “It is the Old Testament that is clung to and most frequently preached from, which provides the emotional fire and anatomizes the pain of bondage,” Baldwin wrote. But for African Americans, this very identification with the ancient Hebrews became, in Baldwin’s analysis, a source of bitterness. As Jewish businesses in Harlem were viewed as complicit in white exploitation of blacks, they were “therefore identified with oppression and hated for it.” 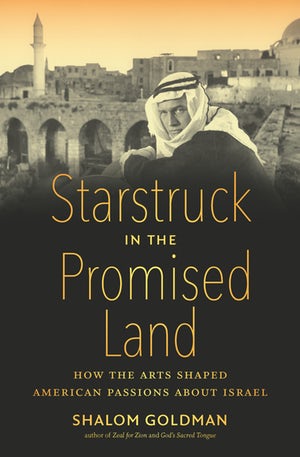 Shalom Goldman’s new book is Starstruck in the Promised Land
How the Arts Shaped American Passions about Israel. Click here.

To escape the racial tensions of American life and focus his energies on writing his first novel, Baldwin had moved in 1948 from his native New York City to Paris, where he completed Go Tell It on the Mountain in 1952. Seeking a place outside of the United States to write his novel, he had considered several options in addition to Paris, including Israel, later writing that he had “seriously considered going to work on a kibbutz in Israel.”

Go Tell It on the Mountain was published to great acclaim in 1953; Notes of a Native Son, his first collection of essays, won a similar response two years later. In 1957 Baldwin returned to the United States and again took up residence in New York City. By the early 1960s, his essays on literature, politics, and the civil rights struggle were eagerly sought by the editors of such influential magazines as Harper’s Magazine, Esquire, the Nation, and the New Yorker.

In fact, it was the New Yorker editor William Shawn who approved of Baldwin’s suggestion that he report from Israel. In 1961 Baldwin accepted Shawn’s assignment to travel to Africa and the Middle East. A fluent French speaker who had begun to explore his African heritage while living in Paris, Baldwin planned to visit some of the emergent Francophile West African nations, including Senegal. On the way, he planned to make short trips to Israel and Turkey. “From the time of his early adolescence until his death, traveling was one of, if not the, driving force of James Baldwin’s life,” noted Baldwin biographer David Leeming. “He traveled to escape, he traveled to discover, he traveled because traveling was a way of knowing himself, of realizing his vocation.”

In October 1961, after several days in Israel, Baldwin confided to his diary, “The visit seems, so far, to have been a great success: Israel and I seem to like each other.” He had a keen appreciation of Israel’s biblical significance; as a teenager, Baldwin had preached weekly in Pentecostal churches in Harlem, following in the footsteps of his minister father. His passion for the pulpit faded, but in his life and writing the biblical influences remained. As the Baldwin scholar Clarence E. Handy III observed, Baldwin’s “religious inheritance did not simply provide a rhythm of speech or a style of rhetoric; it also helped him pursue the very essence of what he described as ‘the business of the writer’ in a culture like that of the United States, where religion’s influence predominates.”

For Baldwin, the journalistic assignment to explore the new Jewish homeland pushed him to reflect on his own struggle with cultural belonging and his strong sense of alienation. His initial reaction to Israel was more positive than one might expect: “All I’m expected to do is observe., “he wrote. “This is not going to be easy; and yet, since this trip is clearly my prologue to Africa, it has become very important to me, to assess what Israel makes me feel. The fact that Israel is a home for so many Jews (there are great faces here; in a way the whole world is here) causes me to feel my own homelessness more keenly than ever But just because my own homelessness is so inescapably brought home to me, it begins, in some odd way, not only to be bearable, but to be a positive opportunity. It must be, must be made to be. My bones know, somehow, something of what awaits me in Africa.”

Baldwin saw Israel and Turkey as cultural and geographic springboards for his projected encounter with Africa and Africans. That Baldwin would see Israel as an entrée to Africa might strike today’s reader as odd. But beginning in the late 1950s, Israel and the new African states were forging ties. The Israeli government made it a priority to strengthen economic, military, and cultural ties with African countries emerging from colonial rule. Israel provided technical, agricultural, and medical aid to Ghana and Liberia. Golda Meir, foreign minister at the time, was a strong proponent of these ties. Some of her colleagues in the government envisioned Israeli participation in the nonaligned bloc—those emerging states that affiliated neither with the Soviet Union nor with NATO. For the Israeli government and its diplomatic service, the African initiatives were of great significance. Bordered by states with which it was still at war—there was a 1949 armistice, but no treaties or diplomatic relations with the Arab states—Israel sought allies in two spheres: along the periphery, in non-Arab Muslim states such as Iran and Turkey, and among newly independent African nations.

Thus, for many African Americans of the 1950s and 1960s, Israel had a positive image, and it seemed like a natural gateway to Africa. In the early 1960s, Israel’s Foreign Ministry sent three hundred Israeli instructors abroad and invited some three thousand students from African nations to Israel for hands-on training. Baldwin was familiar with Israel’s outreach to African nations, and it is altogether possible that, during his visit to Israel, he crossed paths with Africans who were in Israel as part of these agricultural, technological, and military training programs.

Baldwin never wrote the article from Israel and Africa that the New Yorker had requested. Anticipating criticism of what he might write, Baldwin said, “I suppose the Israel piece will cause some people to say that I’m anti-Semitic.” Two years after his return to the United States, Harper’s published Baldwin’s “Letters from a Journey.” Addressed to Baldwin’s literary agent, these letters included some of his observations concerning his trips to Israel and Turkey.

After a six-month sojourn in Istanbul, Baldwin journeyed to Africa in 1962. He chronicled his experiences there in his 1963 book The Fire Next Time, sections of which appeared in the New Yorker. As Baldwin biographer David Leeming noted, “This was the book that propelled James Baldwin to fame and led to his picture on the cover of Time magazine. “

In the summer of 1965, Baldwin returned to Israel to attend a production of his play The Amen Corner, which had debuted a decade earlier at Howard University in Washington, D.C. Born out of Baldwin’s experience as a preacher in Harlem’s Pentecostal churches, The Amen Corner was performed at the Israel Festival of Music and Drama by an American cast. The American Israel Cul- tural Foundation and the U.S. State Department cosponsored the production, and the latter paid for Baldwin’s trip. At the Tel Aviv premiere, Baldwin took a curtain call and introduced Claudia McNeil, the African American actress who starred in the production.

Baldwin’s two visits to Israel, in 1961 and 1965, left a lasting impressions on him, and on his understanding and analysis of the Jewish situation in the world and in the United States. His view of Israel and its place in the world would change dramatically over the decades. In his earlier essays, there is no mention of the Palestinians. In the late 1960s and early 1970s, along with many African American intellectuals and activists, Baldwin would move to a more critical view of the Jewish state and a more supportive view of the Palestinians. He described himself as an anti-Zionist in a 1970 interview. “When I was in Israel, I thought I liked Israel. I liked the people. But to me it was obvious why the western world created the State of Israel, which is not really a Jewish state. The West needed a handle in the Middle East. And they created the state as a European pawn. . . . I’m not anti-Semitic at all, but I am anti-Zionist. I don’t believe they have the right, after 3,000 years, to reclaim the land with western bombs and guns on biblical injunction.”

As the civil rights struggle deepened, James Baldwin emerged as one of its most forceful and perceptive chroniclers and advocates. He did not shy away from addressing the issue of worsening Black-Jewish relations in the United States. In a provocative essay in the New York Times Magazine, “Negroes Are Anti-Semitic Because They’re Anti-White,” Baldwin asserted that “the root of anti-Semitism among Negroes is, ironically, the relationship of colored peoples—all over the globe—to the Christian world. . . . The Jew’s suffering is recognized as part of the moral history of the world and the Jew is recognized as a contributor to the world’s history: this is not true for the blacks.”

After the 1967 War, when the situation of the Palestinian refugees became a prominent international issue, relations between Israel and Africa became strained. At the United Nations, the Arab states pressured the emerging African nations to censure Israel. Israeli cooperation with apartheid South Africa during the early 1970s caused further tension between Israel and the African states, and by extension, between Jews and blacks in the United States. The Palestinian cause, along with other revolutionary causes, resonated with American radicals, black and white. James Baldwin, who had accepted Israel as a legitimate state in the early 1960s, opposed its policies. Because of its oppression of the Palestinians, Israel was on the path to becoming a pariah state, not just in the eyes of the developing world but also in the eyes of some of its former American supporters.

In a 1973 interview in the journal the Black Scholar, Baldwin claimed that “the guilty conscience of the Christian Western nations helped to create the State of Israel. . . . It is not acceptable to me that the people who have been in the refugee camps for the last twenty-five or thirty years have no equal right to the land of Palestine where Jews and Arabs have been for so long.” For Baldwin, the inconsistency of American policy would become fully apparent during the Carter administration. Acceding to Israeli demands, President Carter had banned meetings between U.S. officials and members of the Palestinian Liberation Organization (PLO). When news leaked that Andrew Young, the U.S. representative to the United Nations, had met with a PLO delegation in 1979, Carter—who had appointed Young only a year earlier— demanded his resignation. Baldwin was outraged. Writing an “Open Letter to the Born Again” in the Nation, he excoriated Carter—“the world’s most celebrated born-again Christian”—for failing to support Andrew Young.

In that powerful letter Baldwin argued that “there is absolutely—repeat: absolutely—no hope of establishing peace in what Europe so arrogantly calls the Middle East . . . without dealing with the Palestinians.”

Shalom Goldman, Professor of Religion at Middlebury College is the author of “Starstruck in the Promised Land: How the Arts Shaped American Passions about Israel,” from which this article is adapted.