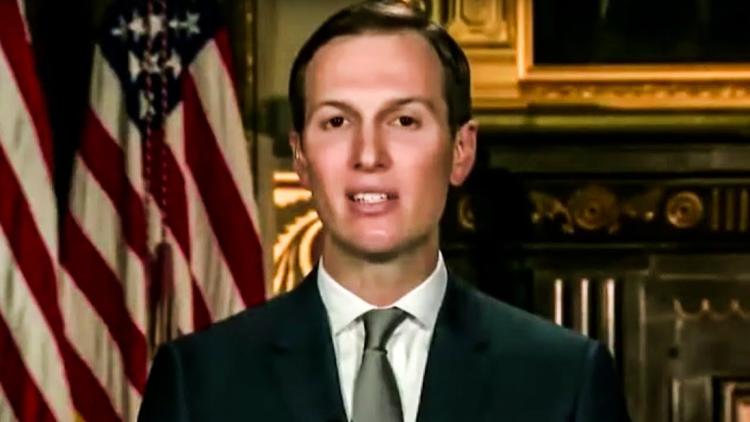 Oakland, Ca. (Special to Informed Comment) – Now comes the most imperial campaign stunt in modern history, just in time for Israel’s third election since April – Israel’s annexation of Palestinian territories. This is intended to benefit both indicted Israeli PM Benjamin Netanyahu, and impeached American President Donald Trump, in their symbiotic efforts to stave off conviction for Bibi and removal from office for Trump.

To Trump and son-in-law with Middle East portfolio Jared Kushner, it’s just another real estate deal. Kushner was on CNN recently “selling” the deal, noting how his real estate experience had helped him with the arduous task of dividing up the land. Though it is Kushner’s ‘peace plan,’ it was being rushed through the Knesset to have it in place before the Israeli election on March 2; that is, until the Israeli Attorney General Avichai Mendelbit said, “Not so fast.” His objection is not to the annexation per se; but rather, the appearance of this dramatic move as an election chit for anybody, especially an indicted PM who faces election in two months.

This campaign stunt may also become the most destructive in modern history, as it threatens to prompt another Intifada (uprising) in response to what Palestinians perceive as the 3rd Nabka. That refers to the historical destruction of Palestine in the wars of 1948 and 1967. What is presented as a “resolution” to the conflict may become the most inflammatory element yet. Freezing construction of new settlements for four years sounds pretty good, until one considers the other shoe dropping is a formal annexation of Israeli settlements in Palestinian territories, and ownership of the Jordan Valley, ALL in violation of International Law.

Bibi was formally indicted for bribery, fraud and breach of trust after he withdrew his immunity request from the Knesset, and just hours before his meeting with Trump to announce the ‘peace plan.’ He withdrew that request to avoid a humiliating defeat, when AG Mendelbit objected, and Bibi realized he didn’t have the votes to get himself off the hook. Ha’aretz argued in an editorial, “A deal between two parties, only one of which attends its presentation, is not a deal and it has no validity. Even those who don’t dismiss it because of this must admit that the plan is nothing more than a humiliating letter of surrender for the Palestinians. What Trump presented in Washington and Netanyahu eagerly embraced is not a peace plan, but rather a plan for unilateral annexation.”

Kushner’s ‘peace process’ did not even dignify the Palestinians as an entity, entitled to negotiate on their own behalf. It’s as if Big Daddy re-arranged the families and living situations of all his subjects on the plantation, but didn’t consult them. Kushner’s assertion that the Palestinians now have “more territory” than before that is “contiguous” is half true. While there may be more land under Palestinian control, it is NOT contiguous; but rather a formal Bantustan-like collection of territories “with no autonomy, no airport, no marine port, and no border with Jordan, Palestine’s logical cultural sister,” according to Ken Dorph, a Middle East expert, who has consulted for the World Bank and IMF.

When Bibi withdrew his claim of immunity (after it became clear parliament would not grant it), he departed from his previous Trumpian strategy of inflaming his base by claiming an illegal coup d’état, and attacking the judicial system. But their fortunes and prospects remain intertwined, as they are mutually invested in this real estate “Deal of the Century.” David Friedman, the US Ambassador to Israel encouraged Bibi to do this, and then got Kushner involved.

Friedman is the American ambassador, but does Bibi’s bidding in the same manner that Mitch McConnell (R-KY) does for Trump in the Senate. Essentially, the Kushner plan consolidates Israeli sovereignty in the occupied areas where the settlements are, and gives the remains to the Palestinians. This is mostly land where the desert doesn’t bloom and the swamps have not been drained, according to Zionist lore. It stabilizes and enriches the swamp rats, while leaving the Palestinians in the metaphorical desert; all in service to legitimize two world leaders, who are fighting against their own governments under similar predicaments of indictment and impeachment.