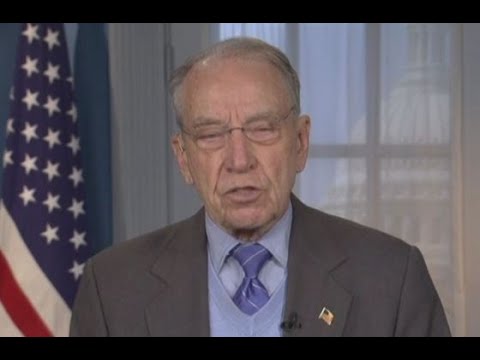 Washington, D.C. (Special to Informed Comment) – The 2020 Iowa Caucuses will take place on Monday, February 3, 2020, as the first official nominating contest in the presidential races. As presidential candidates and campaign media are heading for the Hawkeye State, China, on the other side of the world, is closely watching the 2020 Iowa race, just as it did four years ago (https://blogs.wsj.com/chinarealtime/2016/02/01/understanding-the-2016-iowa-caucuses-a-chinese-state-media-primer/).

Though only 11,494 Chinese live in Iowa (1,451,537 in California) according to the 2010 Census (https://factfinder.census.gov/faces/tableservices/jsf/pages/productview.xhtml?src=bkmk), China will not lose interest in Iowa based on the following ten connections.

As the leader of a small delegation to learn about U.S. agriculture, Mr. Xi Jinping visited Muscatine, Iowa in 1985 (https://www.economist.com/special-report/2019/05/16/why-iowa-is-xi-jinpings-favourite-corner-of-america
). The stay with the local Iowan family made an indelible impression on the then-future Chinese leader. As vice president, Xi made a return visit to Muscatine in 2012. President Trump noticed that Iowa was the favorite heart of the Chinese leader and Iowa was a candidate of the potential meeting place to sign the trade agreement between the U.S. and China (https://markets.businessinsider.com/news/stocks/trump-part-of-china-trade-deal-could-signed-in-iowa-2019-11-1028653061).

The Iowan story of Xi Jinping’s is not alone. China is also in a former U.S president’s favor. And he is an Iowan. In 1899, future president Herbert Hoover spent his honeymoon trip to China and started a new job as a mining consultant in the city of Tientsin (https://www.history.com/this-day-in-history/future-president-hoover-caught-in-boxer-rebellion). The Hoovers witnessed the Boxer Rebellion in 1900, which inspired them to help refugees and tourists stranded in hostile countries.

The current U.S. ambassador to China, Terry Branstad, was born, raised and educated in Iowa. Branstad’s appointment to China in 2017, to some extent, stemmed from his personal ties to Chinese leader Xi Jinping. The two made friends during Xi’s first U.S. visit in 1985 when Branstad was in his first term as governor of Iowa (https://www.npr.org/sections/parallels/2018/02/18/586371119/how-the-u-s-ambassador-to-china-may-have-xi-jinpings-ear).

Agriculture is the backbone of Iowa. The U.S.-China trade war has crushed the exports of many Iowan farm goods. Iowa’s economy is projected to see a $2 billion hit from the trade war (https://www.desmoinesregister.com/story/news/politics/iowa-poll/2019/03/12/donald-trump-trade-tariffs-china-farmers-trade-war-republicans-pay-soybean-deals-iowa-poll-president/3099128002/).

To offset trade loss from ongoing trade disputes with China and other countries, President Trump issued a bailout package for U.S. growers and Iowa received the most federal assistance of all states in 2019 (https://www.desmoinesregister.com/story/money/agriculture/2019/11/25/iowa-farms-snag-largest-share-trade-payments-new-round/4264412002/).

Henry A. Wallace, 33rd US Vice-President (1941-1944), was born in Iowa and a leading American political figure embraced a China-friendly policy. In his post-war plan, Wallace proposed a core alliance of Russia, China, and America working in cooperation. However, Wallace and other New Deal Democrats loyal to FDR’s vision were labeled as communist sympathizers for their resistance to the emerging accepted wisdom of the Cold War (https://chinachannel.org/2019/11/22/henry-wallace/).

Iowa is not only the first caucus state in presidential party nomination, but also a swing state in the general election. Since 2004, Iowa has always voted with the winning candidate in presidential elections. As a critical state determining the election outcome, Iowa may be a target for China’s potential election interference in 2020. (https://www.npr.org/2019/09/05/757803903/experts-warn-u-s-should-prepare-for-election-interference-from-china). In 2018, China was accused by President Trump of seeking to interfere in U.S. congressional elections through an Iowa newspaper ad (https://www.theguardian.com/us-news/2018/sep/26/trump-china-beijing-election-midterms-interference-claim).

Before the Trump presidency and the trade war, Iowa had already been a battleground for campaign ads using China issues. For example, Mitt Romney’s “Failing American Workers” ad, accusing President Barack Obama of ignoring unfair trade practices by China, was running in Iowa in September 2012 (https://www.sandiegouniontribune.com/sdut-obama-romney-square-off-on-china-jobs-2012sep15-story.html?_amp=true); Obama’s “Since When” ad, hitting Romney over outsourcing and China, was running in Iowa in October 2012 (https://www.usatoday.com/story/theoval/2012/10/02/obama-ad-hits-romney-on-china-outsourcing/1607837/).

Iowa is the number one pork producing state in the U.S and China is the world’s largest consumer of pork products. The U.S.-China trade war will severely hurt Iowa’s pork producers if its exports aren’t going to China. Perhaps what may save the pork-connection between China and Iowa is the African Swine Fever. The 2019 outbreak of the disease will cut pork output in China in half, and will probably increase Chinese demand for pork from Iowa (https://www.radioiowa.com/2019/08/16/iowa-pork-producers-leader-fears-game-of-chicken-in-china-trade-dispute/).

Not only did the trade war affect Iowa’s economy and agriculture, but it also mattered to its higher education. There is a declining population of Chinese students at the state’s public universities since the trade war. According to Des Moines Register, in 2007 there were only 1,234 Chinese students at Iowa State University and the University of Iowa. That population more than tripled by 2015, but has since slid, to 3,078 in 2018. https://www.desmoinesregister.com/story/money/agriculture/2020/01/10/researchers-turn-iowa-show-impact-us-china-trade-war/4426493002/.

As Caucus-goers will discuss various issue positions of presidential candidates, there must be many mentions of China on the day of Iowa Caucuses.

Xiaodong Fang is a political scientist specialized in presidential elections and U.S.-China relations. His recent academic works appear in the Washington Journal of Modern China (2019), and Review of History and Political Science (2019). He has held several faculty positions and taught the American Presidency at Iowa State University.