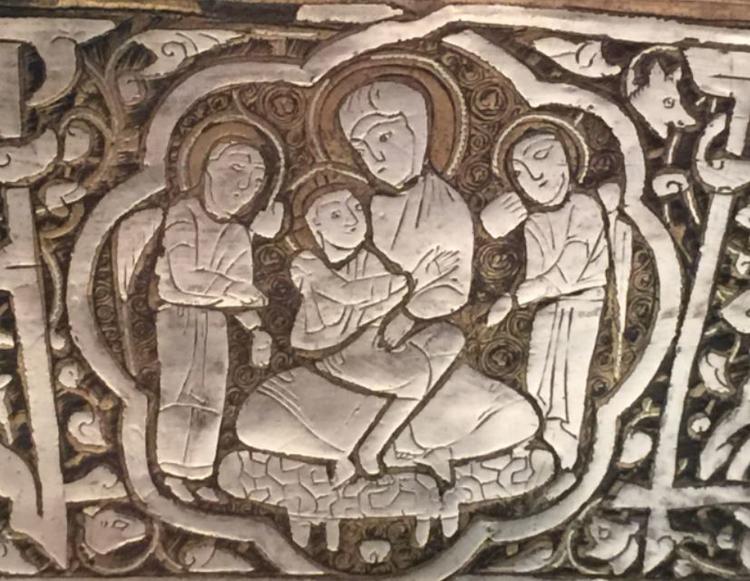 ( Mizan) = When did Jews and Christians ever believe in the Qur’an? The first step towards answering this question is dispelling the myth that the Qur’an’s seventh century audience were “ignorant” pagans. On the contrary, the Qur’an’s audience had the same degree of literary, intellectual, and cultural sophistication that produced the Qur’an’s “clear Arabic language” (Q.16:103; 26:195). The second step is to assert the fact that the text explicitly and repeatedly calls out to the “People of the Scripture” (Ahl al-Kitāb, meaning Jews and Christians) inviting them to believe. In doing so, the Qur’an offers strong criticism of Christological church controversies in Late Antiquity, and charts a new path which it calls Islam. In no other chapter or passage is this clearer than in Sūra 3.

Jesus and Mary enthroned and flanked by angels, detail of a brass basin inlaid with silver from northern Iraq, Ayyubid period, early 13th c. (F1955.10, Freer and Sackler Galleries). Produced in one of many areas in the Islamic world in which Muslims and Christians coexisted for centuries, the basin features numerous scenes from the life of Jesus. Photo credit: Michael Pregill.

The Qur’an’s address to a single audience of Jewish and Christian origin begins with the very name of Sūra 3, the “House of ʿImrān,” in which the biblical patriarchs Amram and Joachim are deliberately merged into a new patriarch by the name of ʿImrān. Scholars and critical readers of the Qur’an will recognize ʿImrān not as a single historical character, but a literary figure whose identification with the houses of Moses and Jesus presents an invitation to Jews and Christians alike (see further Q.5:17; 19:28; 66:12; 19:28). The confessional equality of both groups for the expressed purpose of proselytization is elaborated upon throughout Sūra 3. 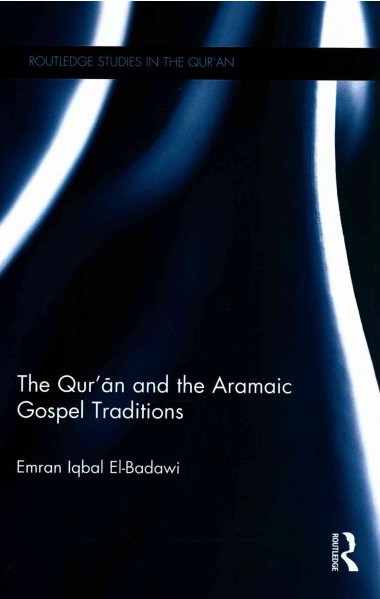 The Qur’an and Aramaic Gospel Traditions

According to Sūra 3, the community of believers is a nation founded upon ancient Abrahamic principles of non-denominational (gentile?) monotheism, but whose principles are located at the center of the ethics of both rabbinic Judaism and ecclesiastical Christianity. The Jewish-Christian nature of these communitarian principles, while controversial, is clear to an increasing number of scholars today.

And to whomever disputes with you about him [i.e. Jesus] after a portion of knowledge has come to you, say, “Come, let us call our sons and your sons, and our wives and your wives, and ourselves and yourselves. Then let us exclaim and bring the curse of God upon the liars… Say, Oh People of the Scripture, “Come to a moderate word between us and you, that we will not serve any except God, nor associate anything with Him, nor will any of us take each other as lords besides God.” But if they turn away, then say, “Bear witness that we are submitters (muslimūn)”… Say, “We believe in God and what has been revealed to Abraham, Ishmael, Isaac, Jacob and the tribes, and in what was given to Moses, Jesus and the prophets from their Lord; we do not distinguish between anyone of them, and we submit to Him (naḥnu lahu muslimūn).”

Further research may shed light on the historical details of this event. For our purposes, however, this passage is part of a longer address to Jews and Christians that is found between verses 61-104. The passage itself has been divided between verses 61, 64, and 84 of Sūra 3 which illustrates or re-enacts the very first time Jews and Christians came to accept the Qur’an as an affirmation of their own Mosaic and Evangelical prophetic origins. Each verse, furthermore, has the quality of a late antique canonical homily or proclamation. The passage itself reads much like the opening canons of an ecumenical synod or council. If we consider Q 3:61, 64, 84 as representing an inter-confessional synod, functioning outside of and in opposition to the Church, three ‘canons’, so to speak, may be identified:

The synod has been convened by the laity (sons, wives and selves) to condemn the clergy (liars) for their Christological disputes. Although the Qur’an by nature does not identify its interlocutors by name, there is no shortage of condemnation of the perceived evil, lying, and scribal tampering of the clergy (e.g. Q 2:79; 77; 107:4), articulated in the spirit of Matthew 23 and Luke 11. In the wake of Chalcedon and throughout the fifth and sixth century CE, the laity and a new class of monastic clergy began dominating the law and politics of the region, giving birth to a powerful brand of “mob politics.”

Emran El-Badawi is program director and associate professor of Middle Eastern Studies at the University of Houston, and founding executive director and treasurer of the International Qur'anic Studies Association. He is Editor with Paula Sanders of Communities of the Qur’an: Dialogue, Debate and Diversity in the 21st Century ( OneWorld, 2019), and author of The Qur’an and the Aramaic Gospel Traditions (New York; London: Routledge Press, 2013).