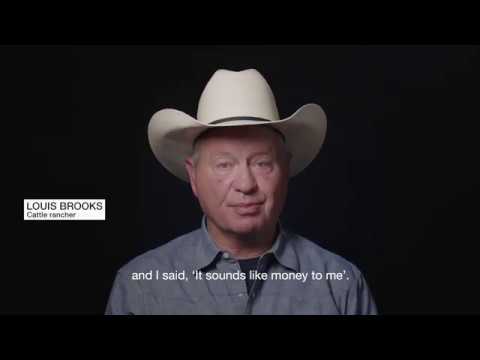 Ann Arbor (Informed Comment) – Coal is the dirtiest fossil fuel, and humanity needs to ban it yesterday if we are to keep the earth from becoming a hellhole. Among all the horrible things Trump has done, trying to stand in the way of a rapid transition to green energy is probably the most consequential for future generations. Trump is one of a handful of significant trans-generational genocidal maniacs whose policies will kill millions in the future.

Drastically reducing our energy use and implementing vast amounts of wind and solar are the best hopes for stopping coal.

In 2019, investors put $138.2 billion into wind power, slightly more than was invested in solar. Investments were up 6% over 2017. Of course, many times that sum needs to be put into wind power annually to keep the earth from becoming a hellhole, but any progress is good.

Wind now constitutes 14% of electricity generation in the European Union, and the EU wants it to be 50% by 2050. To that end, Brussels is putting $1.2 trillion into green energy investments over the next ten years. Wind is expected to be the backbone of the European Green New Deal. Europe is also putting $120 billion into helping workers transition to the new electric economy in areas that traditionally produced coal, according to renews.biz.

The Netherlands has one of the more ambitious wind power goals in Europe, and is letting new bids for huge offshore projects, each of which nearly equals a small nuclear plant. Moreover, the price of wind electricity generation keeps falling every time they do a new bid. By 2030, ten years from now, the Dutch want 60% of their energy to come from renewables, and they are phasing out coal entirely by 2028 (Trump’s America, supposedly the greatest country on earth, has no comparable such plans). In 2014, only 5% of Dutch electricity was from renewables.

As for the U.S., almost all new energy generation in 2020 will be from wind, solar, hydro and energy storage. Despite Trump’s championing that dirtiest form of energy, coal will again decline and no new coal plants are planned in the US. (They shouldn’t be planned anywhere on the planet– that stuff will kill you.)

We can also see this process at work in Texas, where wind is now almost 20% of the energy mix, exactly rivaling coal. In 2007, wind was only 3% of the Texas energy mix. Coal has fallen from 32% back then to only a fifth. Although Houston Public Media attributes the reduction of coal by 12% solely to the increase in natural gas, that is an illogical argument and frankly a form of misdirection from the fossil fuel industry. If wind came up by 17%, it means it was responsible for the 12% reduction in coal and in addition took 5% away from gas.

India is greening its rail network. It is putting solar panels on the top of the rail cars, and also putting in solar farms to generate electricity for the rails. Some 200 MW of wind energy is also planned. I’m old enough to remember when Americans condescendingly looked down on India. But now it has solar and wind powered trains and the United States just has the dirty old fossil fuel variety.

WWF International: “How Texas is using wind power to create a cleaner future”