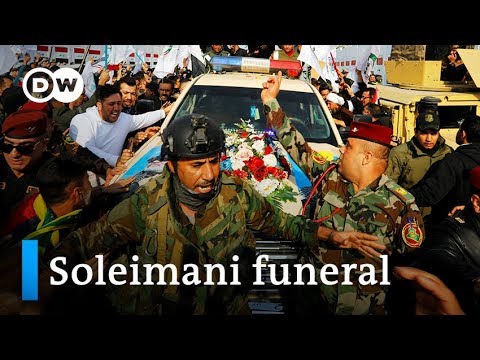 Gen. Qassem Soleimani, who promoted the religious and political influence of the Iranian regime across the Middle East with covert military operations, was an important figure in the Iranian government.

But that’s not the only reason his targeted killing by the United States has elicited explosive grief and outrage in Iran.

Islam, the world’s second largest religion, has two main denominations: the Sunnis and the Shiites. Iran is about 95% Shiite.

While these two branches have the same basic beliefs, they differ somewhat in their interpretation of the Quran and whether imams are seen as divinely guided leaders.

Nonetheless, as I teach the students in my courses on Islam and politics, the main conflict between the Sunnis and Shiites is a political one. A power struggle between the two sects have long created tensions in the Middle East. Today, it plays out in a growing competition between the Sunni kingdom of Saudi Arabia and Shii-majority Iran and Iraq.

Most relevant to the killing of Soleimani – but absent from most analysis of Iran’s response to the United States’ military action – is that Shiism as a separate sect was born of political assassinations.