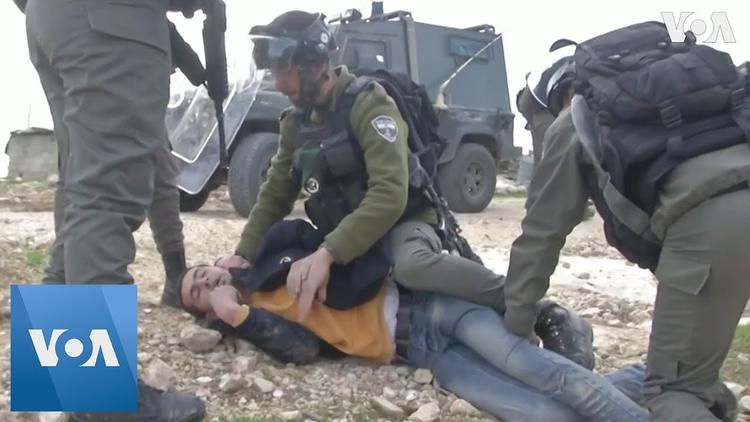 (Middle East Monitor ) – Although the Palestinian-Israeli conflict takes place within a relatively small geographic region, it receives great political and media attention, due to the involvement of many international parties and even major countries in the conflict. This is a result of sensitivity in the Arab world and the Middle East region, and their countries’ richness in many natural resources. The Palestinian-Israeli conflict has become the central issue in the region given its Arab and Islamic aspects.

Military occupation is carried out by an authority over an independent territory and the region is known as an occupied territory. However, what historical Palestine is facing goes beyond typical military occupation, which usually does not demand complete sovereignty over the occupied territory and citizenship rights are limited to the dominant authority, which does not grant citizens of the occupied land its nationality.

Such occupation has been practiced by many empires and states in the past and present. They occupy the land to loot its wealth and make it a base to secure the “centre” from where its armies came, and of course subjugate the people and land of the occupied country and exploit its wealth. The types of occupation in Palestine can be summarised as follows:

READ: Hamas and Iran: More than an understanding, not quite a complete alliance

1. Direct military occupation, as in 1917, when the British forces occupied Palestine and imposed colonial rule on it, in which Europe rejoiced, as Jerusalem fell under Western rule for the first time since October 1187. Since the beginning of its occupation, Britain announced that one of its goals was to fulfil the Balfour Declaration, i.e. opening the door to Jewish immigration to Palestine, establishing a national homeland for them, and even encouraging and supporting them to secure control of the eastern bank of the Suez Canal.

By doing so, they fragmented the Arabs with the implantation of an entity that also ensures the removal of Jews from Europe in general. At the time, organisations that acted as the nucleus of what would later be known as the Israeli Defence Forces were founded and formed. Such terrorist organisations in Palestine included Hashomer, Hagana, and Palmach, which is the military wing of the World Zionist Organisation, as well as Irgun and Stern, which the British authorities considered terrorist organisations.

2. The Zionist settler colonial occupation that complements the aforementioned occupation. This is the most dangerous occupation because its goal is to instil itself after seizing the land, exploiting its inhabitants and uprooting them from their lands and homes by annihilation or displacement. This type of colonialism transformed Palestine into a “land without a people,” in order to seize the land without its indigenous people.

This occupation has expanded in the West Bank since 1967, as settlers are given the opportunity to implement their plans with their own hands, with the support of Israeli governments, after creating a popular organisational structure for themselves and penetrating most of the state institutions, including legislative, executive, and judicial institutions, as well as the Israeli military security institution.

The danger posed by them has escalated after they deepened their radical religious and extremist nationalist rationale that justifies ethnic and religious cleansing, taking advantage of the presence of their representatives in the government, the increase in their numbers in the army, in addition to the increase in official support represented by the government and the Knesset (the Israeli parliament).

3. Direct and indirect economic occupation, which guarantees the occupation’s control of wealth, according to the United Nations Conference on Trade and Development “UNCTAD” report at the end of 2019: “Geologists and natural resources economists have confirmed that the Occupied Palestinian Territory lies above sizeable reservoirs of oil and natural gas wealth, in Area C of the occupied West Bank and the Mediterranean coast off the Gaza Strip.

However, occupation continues to prevent Palestinians from developing their energy fields so as to exploit and benefit from such assets. As such, the Palestinian people have been denied the benefits of using this natural resource to finance socioeconomic development and meet their need for energy. The accumulated losses are estimated in the billions of dollars. The longer Israel prevents Palestinians from exploiting their own oil and natural gas reserves, the greater the opportunity costs and the greater the total costs of the occupation borne by Palestinians become.”

4. Cultural occupation, which aims to plunder and erase the history of Palestine, and even the memory of Palestinians, who cherish their Arab history, language, and culture. The Zionist state is fully aware that unless this memory is erased, it will never achieve its goal of erasing the Arab-Muslim identity of the Palestinian people. Herein lies the danger of the Nation-State law, which shifts the situation from the current racist reality to legislating this racist reality, making Palestinians foreign refugees in their own land.

Hence, military and colonial occupation are exercising the policy of ethnic cleansing, which continues until today, through an unconventional long-lasting process of ethnic cleansing, the essence of which is colonial expansion on the ground, even if this leads to the annihilation of the indigenous people. Zionism’s goal is to occupy the Palestinian people’s homeland and replace them with Jewish Zionists.

READ: The race to annexation

Palestine is under multiple occupations