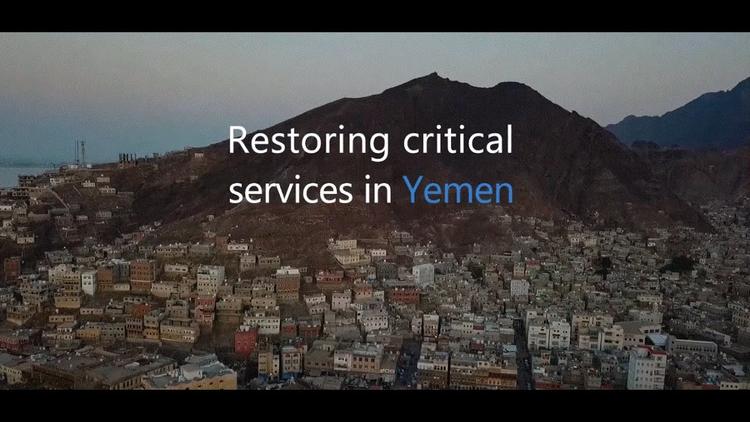 Beachwood, Oh. (Special to Informed Comment) – With precarious standoffs in Libya’s Tripoli and Syria’s Idlib on the verge of collapsing amid fresh waves of violence, it is worth considering why peace processes so often fail to preempt such catastrophes and how they might respond to them. Yemen, where the conflict has been mired in a brutal deadlock for five years, provides an object lesson in the pattern of stagnation and escalation. Despite widespread recognition that there can be no military solution, a political solution to Yemen’s civil war long appeared equally elusive. In the past year, however, three major developments have reinvigorated the peace process—the Stockholm Agreement, the Riyadh Agreement, and rumored Saudi-Houthi rapprochement.

Ironically, each of these peace initiatives was immediately precipitated by a sharp uptick in violence that materially reconfigured the status quo. That exacerbated carnage should ultimately lead to conciliation demonstrates that the parties are essentially rational actors, whose interests are responsive to changes in their perceived bargaining power. The pain and bloodshed that has brought the factions in Yemen to this point on three separate occasions might have been averted, however, had the international community intervened sooner and more resolutely to break the stalemate through nonviolent means.

War and Peace in Yemen

In Yemen, freezes in the three primary tracks of negotiations have begun to thaw in recent months only after the conflict heated up to the point of boiling over. In the summer of 2018, government-aligned forces and their Emirati and Saudi patrons launched a major offensive toward the key port of Hodeida. With a disastrous assault on the city looming, the UN Special Envoy made a frantic appeal for diplomacy that was rewarded in the suspension of the coalition’s northern push and the signing of an agreement for the first time between President Abdrabbuh Mansur Hadi’s government and the Houthi rebels. Doomsday was averted and, for a time, hopes were restored.

The next major flare-up in the conflict came in August 2019, when the secessionist Southern Transitional Council (STC) stunned their supposed government allies by sweeping across the south and taking hold of Hadi’s interim capital in Aden. Amid anguish over the outbreak of a “civil war within a civil war,” the Saudis stepped in to mediate a power-sharing deal known as the Riyadh Agreement, and a broken relationship was (provisionally) healed. One month after the STC’s onslaught began, a drone strike on Saudi oil installations (claimed by the Houthis by widely attributed to Iran) and the alleged mass capture of Saudi troops again shifted the dynamics of the conflict abruptly and dramatically. According to Houthi sources, Saudi Arabia came to the negotiating table with them for the first time shortly thereafter, opening discussions that have already led to prisoner releases and a reduction of cross-border hostilities. For the third time in Yemen, an episode that had risked cataclysmic escalation had instead produced an unprecedented détente.

Stalemates and the Ripeness of Peace

The Yemeni experience suggests, paradoxically, that a significant but inconclusive military breakthrough may serve to catalyze a dormant peace process. Though seemingly counterintuitive, this finding might be explained by reference to William Zartman’s classical theory on the “ripeness” of peace. According to Zartman, peace becomes possible upon the onset of a “mutually hurting stalemate,” in which both sides are suffering and neither sees a path to victory. Parties are most responsive to this type of stalemate, he argues, when it is “associated with an impending, past, or recently avoided catastrophe.” Similarly, models of state rivalry posit the necessity of a systemic shock in order to overcome self-perpetuating antagonistic tendencies. Without such a “shock,” protracted conflict is unlikely to reach a natural conclusion, especially given the corruptive influence of war profiteers and other spoilers. Thus, while Yemen has been gripped by a dire impasse for years, few exit options were in view until momentous changes on the ground upended the prevailing equilibrium and arrested the force of inertia.

Specifically, the Hodeida offensive, the STC’s capture of Aden, and the Houthis’ ground and aerial incursions into Saudi territory shifted the balance of power in Yemen and altered the political calculus, leading parties that had expressed little previous interest in peacemaking to come to view it as an attractive option. For the “loser,” developments of this sort may make the costs of staying the course no longer tolerable, or may compel it to finally acknowledge the staying power of its adversary. Likewise, the “victor,” perhaps recognizing that it can advance no further without provoking an unbearable response, may seek to consolidate its gains rather than to press its newfound advantage. Psychologically, even if outright victory remains impossible, the parties may no longer perceive conflict as politically necessary—the victor feels it has won something and the loser grows fearful of greater losses. Moreover, the political, economic, or humanitarian consequences of intensified hostilities may refocus international attention on resolving the conflict, injecting new energy and resources into the peace process.

That a moribund peace process may at times require a jolt of some kind to disrupt the cycle of conflict should of course not be read as an argument in favor of heightening military operations to the brink of calamity, nor for rewarding aggressors with concessions. The regrettable fact that peace has only been seriously considered in Yemen in times of acute crisis should be viewed as a failure to take action sooner. It should teach us that stalemates are not sustainable, but only the prelude to greater destruction. And while transformative acts of aggression may in fact create points of entry for peace negotiators, early intervention can achieve the same outcome at far less human cost. Rather than allowing the direction of the armed conflict to dictate the terms and timing of the peace, the international community should instead aim to galvanize the peace process nonviolently through proactive and decisive actions that substantially tilt the scales toward reconciliation.

What would an exogenous “peace shock” look like in Yemen? International actors should first and foremost withdraw all military support for the combatants and activate all diplomatic channels toward pressuring the parties to come to terms. They can offer (and actually deliver) aid incentives for parties that take steps toward peace, a strategy that has proven successful in a variety of contexts. They can strengthen the bargaining position and legitimacy of the internationally recognized government by supporting state institutions and ceasing the financing of non-state militias. And they can reset the terms of the debate by replacing the operative and much–maligned Security Council Resolution 2216 with an updated version reflective of new realities. What should be abundantly clear from the violent nature of previous stimuli in Yemen, though, is that half measures will not suffice.

Eian Katz is Assistant Counsel at Public International Law and Policy Group. The opinions expressed here are his own.

Eian Katz is Assistant Counsel at Public International Law and Policy Group. The opinions expressed here are his own.