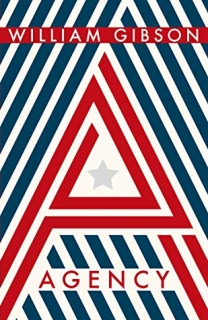 The future isn’t what it used to be, at least according to the Canadian science fiction novelist William Gibson. In a interview with the BBC, Gibson said people seemed to be losing interest in the future. “All through the 20th century we constantly saw the 21st century invoked,” he said. “How often do you hear anyone invoke the 22nd century? Even saying it is unfamiliar to us. We’ve come to not have a future”.

Gibson thinks that during his lifetime the future “has been a cult, if not a religion”. His whole generation was seized by “postalgia”. This is a tendency to dwell on romantic, idealised visions of the future. Rather than imagining the past as an ideal time (as nostalgics do), postalgics think the future will be perfect. For example, a study of young consultants found many suffered from postalgia. They imagined their life would be perfect once they were promoted to partner.

“The Future, capital-F, be it crystalline city on the hill or radioactive post-nuclear wasteland, is gone”, Gibson said in 2012. “Ahead of us, there is merely … more stuff … events”. The upshot is a peculiarly postmodern malaise. Gibson calls it “future fatigue”. This is a condition where we have grown weary of an obsession with romantic and dystopian visions of the future. Instead, our focus is on now.

Gibson’s diagnosis is supported by international attitude surveys. One found that most Americans rarely think about the future and only a few think about the distant future. When they are forced to think about it, they don’t like what they see. Another poll by the Pew Research Centre found that 44% of Americans were pessimistic about what lies ahead.

But pessimism about the future isn’t just limited to the US. One international poll of over 400,000 people from 26 countries found that people in developed countries tended to think that the lives of today’s children will be worse than their own. And a 2015 international survey by YouGov found that people in developed countries were particularly pessimistic. For instance, only 4% of people in Britain thought things were improving. This contrasted with 41% of Chinese people who thought things were getting better.

So why has the world seemingly given up on the future? One explanation might be that deep pessimism is the only rational response to the catastrophic consequences of global warming, declining life expectancy and an increasing number of poorly understood existential risks.

But other research suggests that this widespread pessimism as irrational. People who support this view, point out that on many measures the world is actually improving. And an Ipsos poll found that people who are more informed tend to be less pessimistic about the future.

Although there may be some objective reasons to be pessimistic, it is likely that other factors may explain future fatigue. Researchers who have studied forecasting say there are good reasons why we might avoid making predictions about the distant future.

For one, forecasting is always a highly uncertain activity. The longer the time frame one is making predictions about and the more complicated the prediction, the more room there is for error. This means that while it might be rational to make a projection about something simple in the near future, it is probably pointless to make projections about something complex in the very distant future.

Economists have known for many years that people tend to discount the future. That means we put a greater value on something which we can get immediately than something we have to wait for. More attention is paid to pressing short-term needs while longer-term investments go unheeded.

Psychologists have also found that futures that are close at hand seem concrete and detailed while those that are further away seem abstract and stylised. Near futures were more likely to be based on personal experience, while the distance future was shaped by ideologies and theories.

When a future seems to be closer and more concrete, people tend to think it is more likely to occur. And studies have shown that near and concrete futures are also more likely to spark us into action. So the preference for concrete, close-at-hand futures mean people tend to put off thinking about more abstract and distant possibilities.

The human aversion to thinking about the future is partially hardwired. But there are also particular social conditions that make us more likely to give up on the future. Sociologists have argued that for people living in fairly stable societies, it is possible to generate stories about what the future might be like. But in moments of profound social dislocation and upheaval, these stories stop making sense and we lose a sense of the future and how to prepare for it.

This is what happened in many native American communities during colonialism. This is how Plenty Coups, the leader of the Crow people, described it: “When the buffalo went away the hearts of my people fell to the ground, and they could not lift them up again. After this nothing happened.”

But instead of being thrown into a sense of despair by the future, Gibson thinks we should be a little more optimistic. “This new found state of No Future is, in my opinion, a very good thing … It indicates a kind of maturity, an understanding that every future is someone else’s past, every present is someone else’s future”.