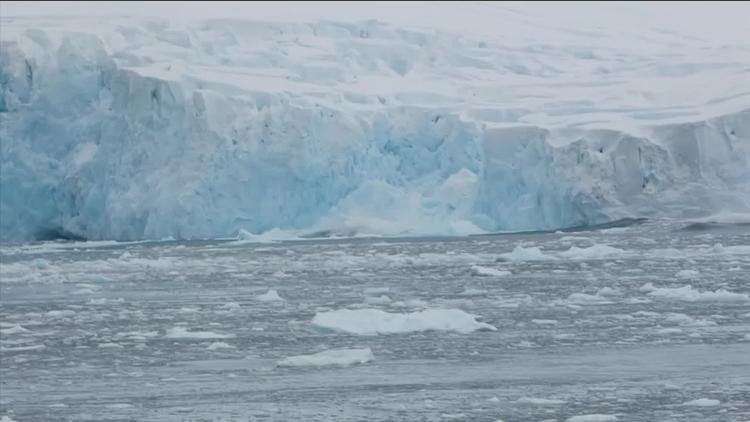 Ann Arbor (Informed Comment) – The Argentinean Esperanza research station in Antarctica — the South Pole — recorded a temperature of nearly 65° F. (18° C.) this week, a historic record. A single temperature record like this one is weather, and by itself would not prove much. Unfortunately, it was not a fluke. It is part of a long-term climate trend, and therefore highly significant. The average temperature in the Antarctic Peninsula where Esperanza is located is 37.4° F. warmer than 50 years ago. 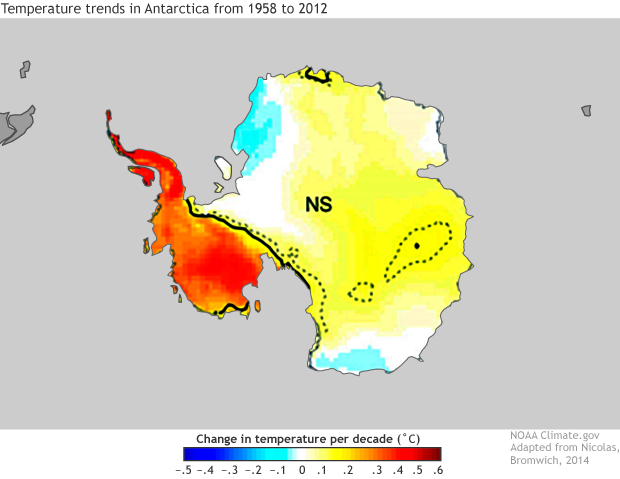 The Trump administration is actively encouraging the burning of more and more fossil fuels and has removed restrictions on CO2 production enacted by the Obama administration.

A team of scientists at New York University’s Environmental Fluid Dynamics Laboratory and NYU Abu Dhabi’s Center for Global Sea Level Change has drilled down through the massive Thwaites glacier that anchors the West Antarctica Ice Sheet. They reached the water underneath and took its temperature, finding it to be two degrees above freezing, which is surprisingly warm. The reading was taken at the point where the glacier stops overhanging the solid land mass and instead begins resting on the ice sheet over the water.

An article at NASA’s earth observatory quotes one scientist as saying that “What the satellites are showing us is a glacier coming apart at the seams.”

The NYU study was provoked by earlier findings by scientists, some of them at NASA, that the Thwaites glacier has shed as much as a third of its mass since 1970, and that it has developed a huge cavity at its bottom where it first meets the ocean.

If Thwaites falls into the sea, it could set in motion a collapse of the ice sheet and the disintegration into the sea of more glaciers now being held back by it, and they could jointly raise sea level by 4 ft. (1.2 meters) over the next two centuries by one conservative estimate. You see other scientists worrying that it could be a 10 ft. rise. Thwaites alone would raise sea level by 2 feet (0.6 meters). The conservative IPCC report of the United Nations in 2018 was only expecting a 1 to 3.6 feet rise in sea level this century, and was not counting on a Thwaites collapse.

A few years ago I quoted the IPCC estimate of about a meter at most of sea level rise this century to the great novelist Amitav Ghosh, and he reminded me of the Thwaites contingency.

The average elevation of New Orleans is half a foot, so likely Thwaites would sink the Big Easy all on its lonesome. (I love New Orleans and it hurts in the gut to write these words.) The Sun-Sentinel notes of Florida, “Most of the southern two-thirds of Broward County . . . except for a few ridges and high spots, stands just two to six feet above sea level or lower.”

And it isn’t just the low-lying coastal areas that will be flooded. An average sea level rise of 3 feet won’t be distributed evenly in the ocean. Some parts will be higher. And the higher the sea level, the higher the storm surges will be. Hurricane Sandy hit lower Manhattan because it only had a 3 to 8 foot high storm wall, and the surge was 9 to 14 ft. high. After Thwaites and its cousins fall in and melt, a similar storm surge could be as much as 18 feet high, which is not what New York City is planning for.

h/t University of Arizona and Tucson.com.