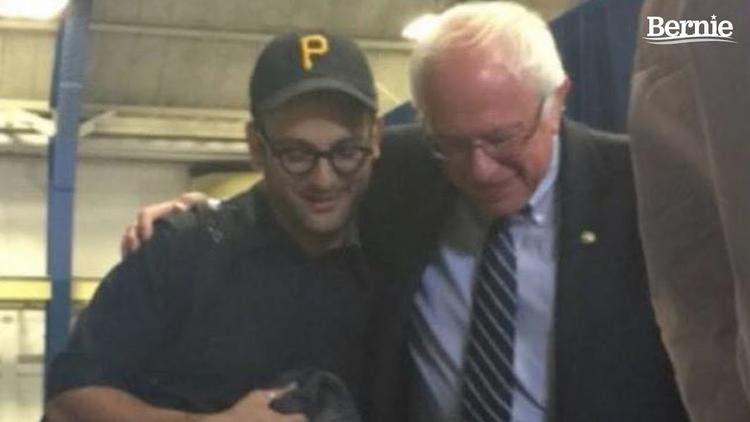 Ann Arbor (Informed Comment) – Generations of orators have told the story that if you put a frog in a pan of steaming water it will immediately jump out, but if you put it in a pan of cold water and gradually heat it, it will be lulled and end up boiled to death. The story is not true of healthy frogs, who will in fact jump out of the pan as the water heats. But it appears to be true of human beings.

Human beings are being gradually boiled, and they aren’t bothering to jump out of the pan.

The United States leadership is for the most part blind to the three massive crises that have gripped the country and which (yes) threaten its existence. These are:

2. The Crisis of Plutocracy and inequality

3. The Extinction Crisis and Corporate Pollution

1. The United States will suffer badly from the effects of the climate crisis, with rising sea levels devastating Florida and the Gulf Coast, storm surges menacing cities along the Atlantic, falling crop yields in places like Tennessee, and chronic wild fires in California and the Southwest. The climate emergency is produced by people driving gasoline cars, heating buildings with coal and natural gas, and engaging in high-carbon building and agricultural practices. Doing so burns fossil fuels and puts heat-trapping gases into the atmosphere. If we put enough up there, the oceans and igneous rocks can’t absorb them any more, and they’ll just stay up there for 100,000 years, heating the earth and making it all tropical all the time.

This crisis is not in the distant future. It is now. But in the next few decades, it can be bad or worse or Very Bad. If we swing into action now, we can keep it to only Bad (say 3.6 to 5 degrees F. increase in average global surface temperature). That doesn’t sound like much, but it is the average, including the poles and the seas and the mountains, so Phoenix, AZ could be looking at a 15 degree F. increase.

There isn’t anything more important. Nothing. Most of the issues that American politicians campaign on pale into nothingness in comparison. What good would it do to have Americans have better and universal health care if a boiling earth is going to harm their health anyway? Why spend $1 trillion a year on national defense if the real enemy is our own seas and atmosphere, which is planning for us catastrophes the Soviet Union or Iran never did or could? Terrorism is a piddling little minor problem; you are more likely to fall down and hit your head in your shower than you are ever to be harmed by a terrorist.

Bernie Sanders is the only candidate running whose climate action plan is at all equal to the challenge. The issue cannot be addressed by indirect means, as Warren urges. We need a government that will muscle in with big grid, energy and infrastructure changes. Only Sanders is committed to something on that scale. The billionaires running on the Dem side, Steyer, Yang and Bloomberg, all talk good games on climate, but none has laid out a practical plan to move as quickly as is necessary, and all but Steyer are so tied to the corporate sector that they cannot see the need for massive government intervention. Yang is tied to vaporware like thorium nuclear plants, which is wholly impracticable as a solution.

The climate crisis is a much more dire threat than Hitler’s Axis was. Hitler was defeated by the US government, not by the private sector. The government brought in 14 million men and spent $14 trillion in 2020 dollars, not to mention funding the invention of the atomic bomb. Nobody that I know of argues that we should have let IBM and the Pinkerton Agency take on the Nazis while strangling the Federal government in the bathtub. You may as well call the US war effort in WW II “socialist” as to call the Green New Deal by that term. But neither is actually socialist, since they do not involve the public ownership of the means of production. They are both a form of managed capitalism.

2. The most extreme threat to American democracy today is the emergence of a permanent plutocratic class. Inequality is skyrocketing.

In fact, the top one percent alone holds more wealth than the middle class. They owned 29 percent—or over $25 trillion—of household wealth in 2016, while the middle class owned just $18 trillion.

When you combine this rising inequality with the inability of half of Americans to make ends meet, you are looking at an eventual social explosion. In fact the rise of Trumpian fascism from 2016 is a symptom of that coming conflict. The US is not naturally stable. If these trend lines continue with regard to inequality, we can have the sort of problems other unequal societies have, such as Brazil and the Sudan.

Add in the Supreme Court’s ridiculous finding that money is speech and that campaign money cannot be regulated, and you get an election in which four billionaires are leading presidential candidates if we count Trump. If any of the four had just tried to buy the presidency with their own money in the 1990s they would have gone to jail. That is how radically the Roberts court has changed our democracy into a plutocracy. You did not notice because you are the frog in the gradually heating pan.

Only Bernie Sanders among the candidates understands the urgency of the Crisis of Plutocracy and has a workable plan for dealing with it. Tax policy was the major instrument working against vast inequality and plutocracy in Eisenhower’s 1950s and we need desperately to return to that.

3. Microfibers and microplastics are everywhere. In fish, microfibers have accumulated in key organs and caused starvation and sterility. They are accumulating in human beings, too. Microfibers attract carcinogenic chemicals and concentrate them in key organs. This development is extremely alarming. As a cancer survivor, that angers me to a boiling rage.

Then there is our insect armageddon, in which we have wiped out 70% of insects since 1970 and in North America alone killed off 3 billion birds in that period. In Puerto Rico (yes that is the US), 98 percent of ground insects are gone. In Oklahoma the honey bee stock has fallen from over 6 million at the end of WW II to some 3 million today. All kinds of creatures that live on insects, including birds, are dying off.

My grandparents on both sides were farmers, and Denis and Dove Cole had an apple orchard, so let me just suggest to the young people who haven’t ever been on a farm that without insects many plants don’t get fertilized, and if they don’t get fertilized you will starve to death.

Trump is making the crisis worse by more or less abolishing the Environmental Protection Agency and deregulating dangerous chemicals. Bernie and some other senators have tried to fight back, but lack the numbers in the Senate at the moment.

So, why isn’t this environmental crisis on CNN and Fox News or on the lips of our politicians? Surely Something Needs to be Done Now? Because CNN and Fox are largely owned by Randall Stephenson and Rupert Murdoch, respectively, both of them big boosters of Trump; as billionaires they are heavily invested in all the corporations and activities that have produced the Sixth Major Extinction. Publicizing the crisis would hurt the stocks in which they are invested. This is also the reason that tv news does not convey to us the seriousness of the Climate Emergency, and indeed almost never so much as mentions it. These media are the water in which you will boil, they aren’t a kindly rescuer.

Bernie Sanders: “We Need a Ban on Fracking and a Green New Deal”