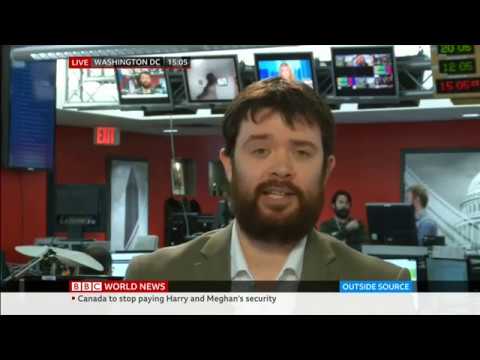 (Commondreams.org) – Facing a humanitarian crisis with at least 9,000 coronavirus cases nationwide and a death toll of more than 350 people, Iranian officials on Wednesday demanded that the U.S. lift crippling … sanctions that Tehran says have hindered the government’s ability to respond effectively to the outbreak.

“The oppressive and illegal American sanctions have affected public welfare and health in Iran.”

“It’s fighting the disease at a time when a huge part of its national budget has been eliminated by U.S. sanctions. The sanctions continue to be a crime against humanity.”
—Sina Toossi, National Iranian American Council

“The oppressive and illegal American sanctions, which [have been imposed on Iran] within the framework of the ‘maximum pressure’ campaign, have affected public welfare and health in Iran,” Abbas Mousavi, spokesperson for Iran’s foreign ministry, told reporters Wednesday.

Mousavi said the U.S. sanctions have restricted Iran’s access to crucial medicines and supplies [because of Iran’s inability to transfer funds to pay for them] as the novel coronavirus—formally known as COVID-19—continues to spread across the country, killing more than 350 people.

Ali Larijani, Iran’s speaker of Parliament, urged the international community on Wednesday to pressure the U.S. to lift the sanctions, which President Donald Trump reimposed in 2018 after ditching the Iran nuclear agreement.

The U.S. sanctions regime “clearly violates the U.N. Charter and that of the World Health Organization (WHO) and has not only seriously hampered Iran’s intensive efforts to help affected people and contain the spread of the coronavirus, but also left negative and undeniable impacts on all national, regional, and international efforts to contain the virus,” Larijani wrote in letters addressed to several international organizations, including the Inter-Parliamentary Union.

Calls for the Trump administration to end its economic warfare against Iran come amid reports that Iranian hospitals are struggling to handle the influx of patients due to the coronavirus, which has hit Iran far harder than any other country in the Middle East.

“Iran is one of the worst-hit countries by the coronavirus,” tweeted Sina Toossi, senior research analyst with the National Iranian American Council. “It’s fighting the disease at a time when a huge part of its national budget has been eliminated by U.S. sanctions… The sanctions continue to be a crime against humanity.”

Desperate to treat or prevent coronavirus, some ordinary Iranians have resorted to consuming bootleg alcohol after the circulation of a false rumor that drinking alcohol can stop the infection. According to Iranian media, 44 people have died of alcohol poisoning after attempting to treat the coronavirus with bootleg liquor that contained methanol.

“The coronavirus outbreak in Iran is serious,” tweeted Iranian-American journalist and BBC commentator Negar Mortazavi. “The government hasn’t been transparent about data, mismanagement and incompetence has led to more chaos, there is a shortage of medical resources made worse by sanctions, and tons of misinformation made inside and outside the country.”