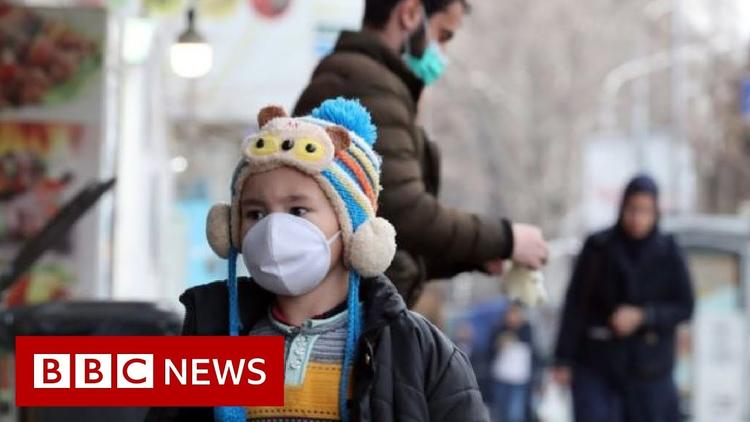 (Al-Bab.com) – Iran announced on Friday that the number of coronavirus cases in the country has risen to 388, with 34 deaths so far (among a population of more than 80 million). These official figures are widely disbelieved and it’s likely the actual totals are much higher.

One problem is that the number of infections and the number of deaths reported by the authorities don’t correlate as expected. The typical death rate in other countries (with the possible exception of China) appears to be in the region of 1% to 3%. Iran’s official figures suggest a much higher death rate – around 8%.

If the official figure of 34 deaths is correct, a lower death rate of 1%-3% would suggest somewhere between 1,130 and 3,400 people have been infected in Iran, not the 388 claimed by the government.

However, the number of deaths is also disputed. On Friday, based on information from Iranian hospitals, the BBC reported that at least 210 people are likely to have died as a result of the virus – six times as many as officially stated. If true, that would reflect thousands more infections.

Elsewhere in the Middle East, 11 new cases were reported on Friday: five in Bahrain, four in Israel and one each in Iraq and Lebanon. This brings the cumulative total to 129.

● Bahrain confirmed five new cases on Friday: four Bahraini women and a Saudi woman, all of whom had been in Iran (details here and here). The interior ministry is concerned about 2,292 people who arrived in the country from Iran before the announcement of the outbreak there. Of those, only 310 have come forward for testing. The authorities say they will prosecute “anyone who returned from Iran in February and didn’t call to make appointments for the tests”.

● Iraq reported one new case – a 35-year-old woman who recently returned from Iran.

● Israel reported four new cases on Friday, including the first known case of person-to-person transmission inside the country: the wife of a man who had returned from Italy with the virus. Two Israeli men who recently returned from Italy have also tested positive. The fourth new case was an Israeli cruise ship passenger who had been released from hospital in Japan. He returned home on a commercial flight after apparently being given the all-clear in Japan but tested positive shortly after arriving in Israel.

● Kuwait has organised a repatriation flight to bring citizens back from Thailand on Saturday.

● Saudi Arabia has so far not reported any cases inside the kingdom but a check through reports from other Arab countries shows that at least eight Saudis have been diagnosed with the virus this week – all of them outside the kingdom. Seven are in Bahrain and one is in Kuwait. All had recently been in Iran.