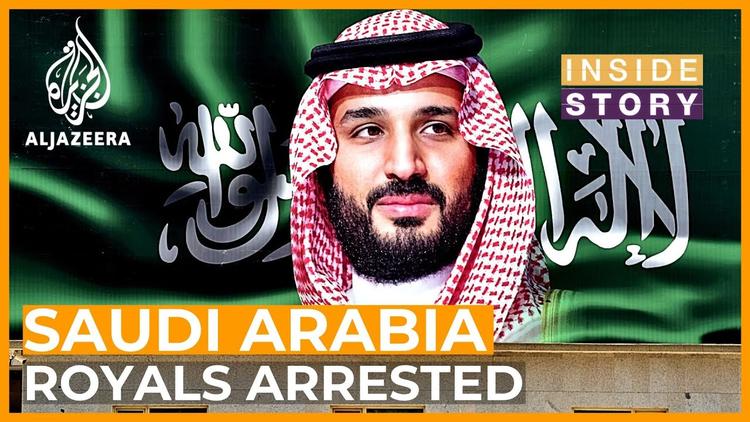 By Umer Karim and Scott Lucas | –

Amid silence from Saudi official and private media, rumours flew about the king’s health and an impending succession. The Saudi government finally ended some of this chatter on social media and in news outlets with images of King Salman’s meeting on March 8 with the new Saudi ambassadors to Uruguay and Ukraine.

The architect of the arrests is assumed to be Crown Prince Mohammad bin Salman, known as MBS, who has emerged as the most powerful man in the kingdom in recent years. But why did MBS make his move now with the arrest of potential rivals on the most serious charges possible? And where does his father, the king, stand in this royal power play?

Both Prince Mohammad bin Nayef and Prince Ahmad had once held power within the interior ministry, and were potential opponents to MBS’s rule. Soon after Prince Mohammed bin Nayef was removed as crown prince in 2017, he was shown in Saudi media outlets meeting and congratulating MBS on taking over the role, which the Saudi Official News Agency described as an act of allegiance. But Prince Ahmad has not given his baya, the oath of allegiance, to MBS since the appointment.

Since the time of King Faisal in 1960s, power within the kingdom has been distributed between the king and a plethora of his senior half-brothers, and decision-making has been a rather consensual affair. The king was considered first among equals of his brothers and half-brothers, all sons of Ibn Saud, Saudi Arabia’s first monarch.

But as this generation of Saudi royalty gradually passed away from 2005 to 2015, a power vacuum emerged that then paved way for the new generation, embodied by the young prince MBS, to fill key roles.

When current monarch King Salman took the throne following the death of his brother King Abdullah in January 2015, he immediately turned the horizontal, decentralised system into a vertical one. He named MBS as defence minister and two months later they took the gamble of Saudi Arabia’s intervention in the Yemen Civil War. Two years later, MBS was named crown prince.

Prince Mohammad was also displaced from his interior ministry power base. The institution was de-fanged by removing counter-terrorism and domestic intelligence from its purview and putting them under a new body, the Presidency of State Security, which reports directly to the king. This move has apparently now paid off.

But why up the ante with the recent detentions of Prince Ahmad and his nephew, who had already been rendered powerless? MBS may have wanted his father to send a clear message, setting an example for other potential critics in the family. His uncle’s demeanour gave him the pretext to do so. Prince Ahmad had reportedly derided royal decisions, such as the temporary closure of the Grand Mosque in Mecca in the effort to contain the coronavirus outbreak.

MBS took the matter to his father, who knows the skeletons in the cupboards of every family member. The king endorsed the act of discipline. The arrests of younger family members, alongside their patrons, reinforced the warning that anyone linked to the dissenters faced the end of their careers.

The crown prince and the king have put in place other safeguards by garnering the support of other senior royals, notably by appointing their children – some of them among MBS’s “new generation” – to positions of power. The carrot and the stick are both being waved in Riyadh for all to see.

That doesn’t mean MBS has vanquished all challenges. Far from it.

He was already taking a political and economic gamble with Saudi Arabia’s Vision 2030 programme to diversify the economy and promote the country as a global power, as well as taking initiatives to socially liberalise the kingdom. He has also faced animosity from some in the West over the murder of journalist Jamal Khashoggi and for the quagmire of the Yemen civil war.

As if the political currents were not strong enough, the economy is giving new headaches to the crown prince. The effects of the coronavirus and a global economic downturn have sent oil prices into free fall. With Russia declining a Saudi offer for production cuts to stabilise the situation, the petro-giants are now locked in a price war to get the most market share.

Riyadh’s response – to drastically increase its supply – has pushed Moscow onto the back foot because of the much larger Saudi production capacity and reserves and Russia has offered the Saudis to renew negotiations. However, a low oil price even with a greater market share will not bring relief to the kingdom, already facing a budgetary deficit nearing US$50 billion (around £40 billion) for the current fiscal year.

Maybe the arrests could have been delayed amid these fast-moving challenges. But MBS has a habit of opening new battlefronts while previous ones are still active. He believes the spark should be extinguished before it becomes a fire.

There is no doubt now about his absolute grip on power, a grip that the king is reinforcing. Whether they will hold that grip in the longer term is another matter.