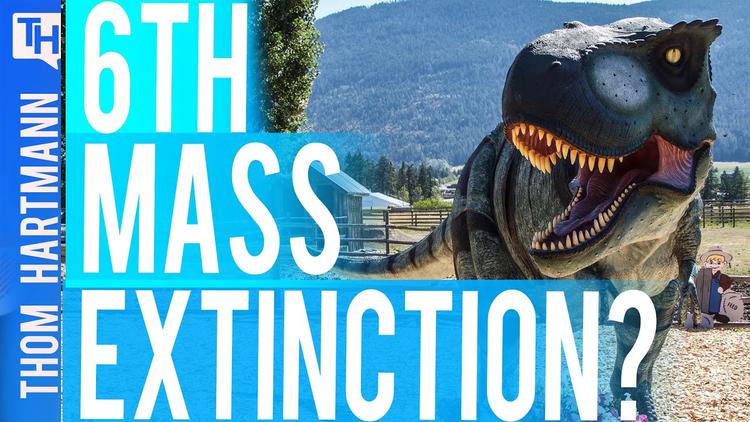 ( Tomdispatch.com) – The other morning, walking at the edge of a local park, I caught sight of a beautiful

Actually, to make that sentence accurate, I should probably have put either “first” or “ever saw” in quotation marks. After all, I was already 12 years old and, even as a city boy, I had seen plenty of birds. If nothing else, New York, where I grew up, is a city of pigeons (birds which, by the way, know nothing about “social distancing”).

Nonetheless, in a different sense, at age 12 I saw (was struck by, stunned by, awed by) that bright red bird. I was visiting a friend in Connecticut and, miraculously enough, though it was 1956, his parents had a bird identification book of some kind in their house. When I leafed through it, I came across the very bird I had seen, read about it, and on going home wrote a tiny essay about the experience for my sixth grade teacher, Mrs. Casey (one of those inspirational figures you never forget, just as I’ll never forget that bird). I still have what I wrote stuffed away amid ancient papers somewhere in the top of my bedroom closet.

Six decades later, in this grim coronavirus March of 2020, with my city essentially in lockdown and myself in something like self-isolation, I have to admit that I feel a little embarrassed writing about that bird. In fact, I feel as if I should apologize for doing so. After all, who can doubt that we’re now in a Covid-19 world from hell, in a country being run (into the ground) by the president from hell, on the planet that he and his cronies are remarkably intent on burning to hell.

It was no mistake, for instance, that, when Donald Trump finally turned his mind to the coming pandemic (rather than denying it) as the economy he had been bragging about for the previous three years began to crash, one of the first groups he genuinely worried about didn’t include you or me or even his base. It was America’s fossil-fuel industry. As global transportation ground down amid coronavirus panic and a wild oil price war between the Saudis and the Russians, those companies were being clobbered. And so he quickly reached out to them with both empathy and money — promising to buy tons of extra crude oil for the nation’s strategic petroleum reserve (“We’re going to fill it right to the top”) — unavailable to so many other endangered Americans. At that moment he made it perfectly clear that, in an unfolding crisis of the first order, all of us remain in a world run by arsonists led by the president of the United States.

So, a cardinal? Really? That’s what I want to focus on in a world which, as it grows hotter by the year, will only be ever more susceptible to pandemics, not to speak of staggering fires, flooding, extreme storms, and god knows what else. Honestly, given a country of closed schools, self-isolating adults, and the sick and the dying, ona planet that seems to be cracking open, in a country which, until recently, couldn’t test as many people for Covid-19 in a couple of months as South Korea could in — yes, this is not a misprint — a day, where’s my sense of proportion?

Still, if you can, bear with me for a moment, I think there’s a connection, even if anything but obvious, between our troubled world and that flaming bird I first saw so long ago. Let me start this way: believe it or not, birds were undoubtedly the greatest secret of my teenage years.

On spring weekends, my best friend and I would regularly head for Central Park, that magnificent patch of green at the center of Manhattan Island. That was the moment when the spectacular annual bird migration would be at its height and the park one of the few obvious places in a vast urban landscape for birds to alight. Sharing his uncle’s clunky old binoculars, my friend and I would wander alone there (having told no one, including our families, what we were doing).

We were on the lookout for exotic birds of every sort on their journeys north. Of course, for us then they were almost all exotic. There were brilliant

And here was the secret key to our secret pastime: the old birders. Mind you, when I say “old,” I mean perhaps my age now or even significantly younger. They would, for instance, be sitting on benches by Belvedere Castle overlooking Belvedere Lake (in reality, a pond), watching those very birds. They were remarkably patient, not to say amused (or perhaps amazed) by the two teenaged boys so eager to watch with them and learn from them. They were generous with their binoculars, quick to identify birds we otherwise would never have known or perhaps even noticed, and happy to offer lessons from their bird books (and their own years of experience).

And, for me at least, those birds were indeed a wonder. They were genuine beauties of this planet and in some odd way my friend and I grasped that deeply. In fact, ever since we’ve grown up — though this year may prove to be the self-isolating exception — we’ve always tried to meet again in that park as May began for one more look at, one more moment immersed in, the deep and moving winged beauty of this planet of ours.

Of course, in the 1950s, all of this was our deepest secret for the most obvious of reasons (at least then). If you were a boy and admitted that you actually wanted to look at birds — I’m not sure the phrase “bird watch” was even in use at the time — god knows what your peers would have said about you. They would — we had no doubt of this — have simply drummed us out of the corps of boys. (That any of them might then have had their own set of secret fascinations would never, of course, have crossed our minds.) All you have to do to conjure up the mood of that moment is to imagine our president back then and the kind of mockery to which he would certainly have subjected boys who looked at birds!

Now, so many decades later, in another America in which the coronavirus has already reached pandemic proportions (potentially threatening staggering losses, especially among old folks like me), in which the stock market is already tanking, in which a great recession-cum-depression could be on the horizon, and our future FDR — that is, the president who helped us out of the last Great Depression in the 1930s — could an over-the-hill 77-year-old former vice president, it seems odd indeed to write about beautiful birds from another earthly moment. But maybe that’s the point.

Think about it this way: as last year ended, Science magazine reported that, in North America, there were three billion fewer birds than in 1970; in other words, almost one out of every three birds on this continent is now gone. As Carl Zimmer of the New York Times put it, “The skies are emptying out.” Among them, warblers have taken one of the heaviest hits — there are an estimated 617 million fewer of them — as well as birds more generally that migrate up the East Coast (and so have a shot at landing in Central Park). Many are the causes, including habitat loss, pesticides, and even feral cats, but climate change is undoubtedly a factor as well. The authors of the Audubon Society’s most recent

Extinction. Take that word in. They’ll be gone. No more. Fini.

That, by the way, is a global, not just a North American, reality, and such apocalyptic possibilities are hardly restricted to birds. Insects, for instance, are experiencing their own Armageddon and while — monarch butterflies (down 90% in the U.S. in the last 20 years) aside — we humans don’t tend to think of them as beauties, they are, among other things, key pollinators and crucial to food chains everywhere.

Or think about it this way: on Monday, March 8th, in my hometown, New York City, it was 68 degrees and that was nothing. After all, on February 19th, in Central Park, the temperature had hit a record-breaking 78 degrees in the heart of winter, not just the highest for that day on record but for the month of February, historically speaking. At the time, we were passing through a “winter” in which essentially no snow had fallen. And that should have surprised no one. After all, January had started the year with a bang globally as the hottest January on record, which again should have surprised no one, since the last five years have been the warmest ever recorded on this planet (ditto the last 10 years and 19 of the last 20 years). Oh, and 2020 already has a 50% chance of being the warmest year yet.

And by the way, soon after that 68-degree day, in our parks I began to notice the first crocuses and daffodils pushing through the soil and blooming. It was little short of remarkable and, in truth, would all have been beautiful, not to say glorious — the weather, the flowers, the sense of ease and comfort, the springiness of everything — if you didn’t know just what such “beauty” actually meant on a planet potentially heating to pandemic proportions.

How sad when even what’s still truly beautiful on this globe of ours increasingly tells a story that couldn’t be grimmer. So, think of this as my in-memoriam essay about the planet I thought I grew up on and the birds I thought I knew. Consider it a kind of epitaph-in-advance for a world that, if the rest of us can’t get ourselves together, if we can’t rid ourselves of arsonists like Donald Trump and his crew or those fossil-fueled CEOs that he loves so much, may all-too-soon seem unrecognizable.

In the meantime, consider me — semi-locked in my apartment — to be, in my own fashion, in mourning. Not for myself, mind you, though I’m almost 76 and my years on this planet are bound to be limited, but for those I’ll be leaving behind, my children and grandchildren in particular. This just wasn’t the world I ever wanted them to inherit.

In truth, in this coronaviral moment of ours, our world is being transformed before our eyes into one of missing beauties. Given my teenage years, I want to leave my grandchildren the pleasure of entering Central Park in some distant May, long after I’m gone, and still seeing the brilliant colors of a scarlet tanager. That’s my hope, despite everything.

Tom Engelhardt is a co-founder of the American Empire Project and the author of a history of the Cold War, The End of Victory Culture. He runs TomDispatch.com and is a fellow of the Type Media Center. His sixth and latest book is A Nation Unmade by War.

Tom Engelhardt is a co-founder of the American Empire Project and the author of A Nation Unmade by War (Dispatch Books) and The United States of Fear as well as a history of the Cold War, The End of Victory Culture. He is a fellow of the Nation Institute and runs TomDispatch.com. His latest book is Shadow Government: Surveillance, Secret Wars, and a Global Security State in a Single-Superpower World. Follow TomDispatch on Twitter at @TomDispatch