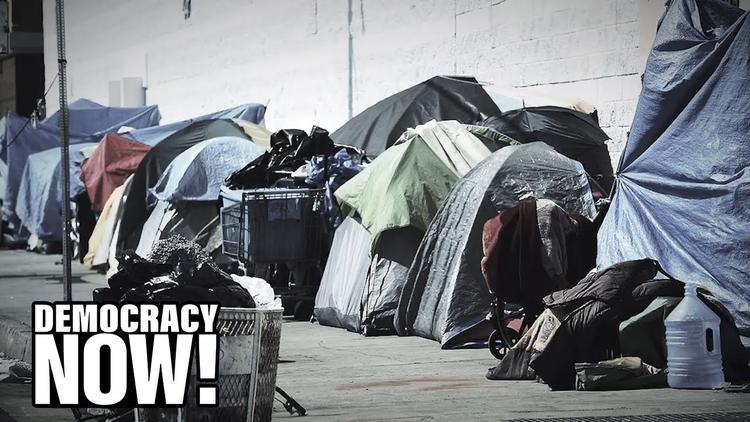 Millions of Americans are suddenly out of work as the financial and economic crisis sparked by the coronavirus pandemic deepens. Without an income, most of these people will have a hard time covering their expenses, including keeping a roof over their heads.

But even before the current crisis, tens of millions of Americans struggled to pay for housing, spending more than 30% – or even half – of their income on housing-related expenses. This leaves less money for other essentials such as food, health care and savings.

Governments have offered a variety of plans to support those hurt by the coronavirus pandemic, from direct payments and higher unemployment checks to eviction freezes and mortgage relief.

We are researchers who study the intersection of housing and health. While these measures may tide over many Americans, we don’t believe they will be enough to help the most vulnerable endure the crisis or prevent many people from losing their homes.

Lower-income households were already on the verge of a housing crisis before the pandemic thanks to a chronic shortage of affordable housing in the U.S.

Housing affordability is largely measured as the ratio between housing-related expenditures and household income. Households that spend 30% or more of their income on rent or mortgage, property taxes, utilities and other expenses associated with their homes are considered “cost burdened” because it means they have insufficient financial resources for other basic needs including food and medicine.

The Department of Housing and Urban Development estimates 38 million, or over a quarter, of U.S. households were cost burdened in 2018. Of these, an estimated 12 million were spending over half of their annual income on housing costs, making them severely burdened.

Households earning US$35,000 or less made up 63% of these cost-burdened households. In 2019, a family living on one full-time minimum wage income was not able to afford local fair-market rent for a two-bedroom apartment anywhere in the U.S.

Even worse, research by us and others shows that housing insecurity can be harmful to one’s mental and physical health.

And in a study by the Centers for Disease Control and Prevention, researchers found that people who were worried or stressed about having enough money to pay their rent or mortgage – described as housing insecure – were twice as likely to postpone medical treatment due to associated costs compared with people who felt secure.

Post-pandemic, we can only speculate about the impact, but we believe it’s going to get a whole lot worse for the poor.

In terms of employment, the situation is grim. A record 3.28 million people filed for unemployment insurance in the week ended March 21, more than four times the previous high.

And that figure may underestimate the ultimate toll with early surveys indicating that about 1 in 5 households have been affected by unemployment due to the pandemic. The US Private Sector Job Quality Index estimates that up to 37 million jobs could be lost in the short-term, or about 23% of the U.S. workforce.

The poorest Americans are expected to be hit the hardest, millions of whom will be at risk of losing their homes through eviction and foreclosures. An increase in homeless populations will in turn put more pressure on already overrun shelters.

Or it may lead people to accept poor housing conditions with no electricity or water – at a time where hand-washing is deemed the most effective preventive measure against coronavirus.

Local, state and federal officials have been scrambling for creative solutions to address these issues, but most of them are short-term.

States such as Washington, North Dakota and New York and cities like San Diego and Miami have ordered temporary halts to evictions and, in some cases, foreclosures. The federal government ordered lenders to let homeowners suspend mortgage payments for up to 12 months. And dozens of cities have suspended utility shutoffs – and some have ordered houses that have already lost service to be reconnected.

While these interventions have reduced a source of anxiety and stress for households, they are temporary, ranging from a month to a year, or the duration of the crisis. Once they expire, these people will still have the same debts, same housing costs and the same bleak financial picture – and that’s only if the bailout packages support them. Millions of Americans may not get the help they need.

That’s why we believe longer-term strategies are needed, such as finding ways to end America’s widespread shortage of affordable housing, as well as focused short-term measures to prevent homelessness and more cash assistance to the neediest.

[Get facts about coronavirus and the latest research. Sign up for our newsletter.]

Democracy Now! “Housing Is Health”: Calls Grow for California to Give Vacant Homes to Unhoused People Amid Pandemic