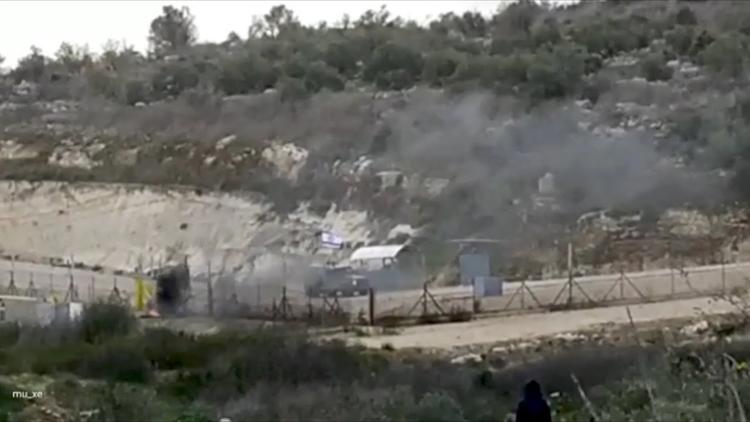 ( Middle East Monitor) – Democrats in the US House of Representatives have sent a letter to Secretary of State Mike Pompeo, asking the government to ensure that Israel is not using military equipment supplied or financed by America to perpetuate the forced displacement of Palestinian civilians.

“As supporters of the US-Israel special relationship and in light of the longstanding use of US-origin and supplied equipment by Israeli security forces,” they wrote, “we specifically request an examination of Israeli compliance with the requirements.” This was a reference to the US Arms Export Control Act which does not permit recipient countries to use such equipment unless for “legitimate self-defence” purposes.

The US said the Representatives, “should work to prevent unlawful home demolitions and the forcible transfer of civilians everywhere in the world and prevent the use of US-origin equipment in this destructive practice.”

Politically, though, the US-Israel relationship will take precedence over any human rights concerns. A letter by supporters of this relationship is already compromised in terms of upholding the colonial narrative and separating the recent statistics regarding home demolitions from the historical ethnic cleansing of Palestine which paved the way for colonial Israel’s establishment.

In light of the US “deal of the century” and the impending annexation of more Palestinian land, there is an inherent futility in this exercise of demanding answers from the government. It might satisfy some uneasy consciences but it will not contribute anything to the Palestinian people in terms of safeguarding their legitimate rights.

The deal of the century has demonstrated that what Israel has been doing all along — imposing unilateral measures to expand its colonial project — has given the Zionist state perpetual impunity. Israel, now aided by the US overtly, is ahead of the international community and its stagnant practices when it comes to human rights violations and international law. The US, like other countries, should be working towards eradicating forced displacement. Instead, it has chosen to support Israel’s expansion and penned a deal which will increase the number of people displaced.

Asking for clarification as a means to preserve US support for Israel defeats the purpose of trying to ensure that the end use of US aid is lawful. This contradictory approach must not be construed as a step forward in protecting Palestinians’ rights. It is a perfunctory exercise that detracts from the international law violation at hand, which is America’s political support for Israel’s annexation plans.

The letter shows how human rights concerns are being subjected to political allegiances. It does not call for a suspension of the “special relationship” between the US and Israel, but rather selectively targets a sliver of cooperation which facilitates Israel’s colonial expansion. It is well known that Israel manipulates its self-declared “exceptionalism” to prolong its violations against the Palestinian people and that the US is happy to play along with this.

“My hope is that Israel will stop the home demolitions and will see that there are many supporters of the US-Israel relationship on this letter,” explained US Representative Rohit Khanna. Such emphasis clarifies the underlying intent; the signatories may oppose forced displacement, but the political relationship will continue to take precedence, rather than make Israel reflect upon the consequences of what the International Criminal Court has clearly defined as war crimes.

Btselem: “Soldiers shoot demonstrator Bader Nafleh, 19, in the neck and kill him”