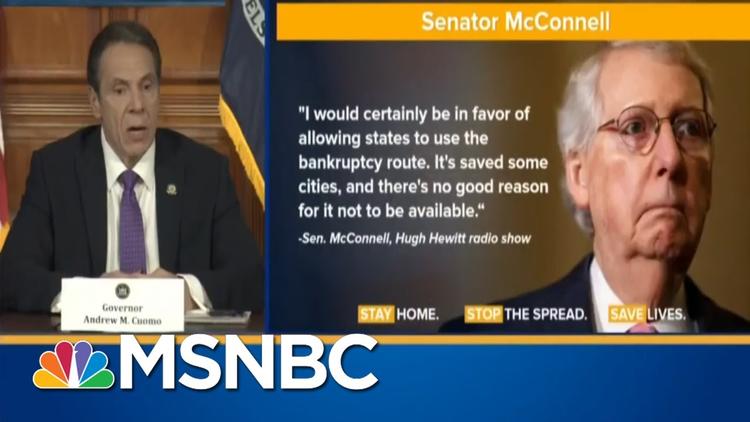 Southwest Harbor, Me. (Special to Informed Comment) – Congress recently juiced up its Paycheck Protection Program with another 310 million dollar authorization. Much of the discussion centered around what businesses qualified for this assistance and whether and when Congress might be asked to provide more. Too little attention focused on larger and more immediately pressing needs, the SNAP program and aid to state and local governments. Failure to address these needs risks turning the current recession into the deepest depression in our history.

This current round of paycheck protection is noteworthy for the omission of federal funds for states and local governments. These governments face a fiscal crisis growing by the day. Senate Majority leader Mitch McConnell portrays growing state level debt as a consequence of states overly generous employee pension plans. McConnell sternly warns Democrats that Republicans “have no appetite” to bail them out. McConnell conveniently forgets that for most public sector workers pension plans are compensation for salaries that are generally less than comparable private sector workers receive.

McConnell helpfully suggests that states rely on bankruptcy. He demonstrate his ignorance of the very markets he serves.t. A default on New York State bonds would spook investor confidence in all state bonds and thus elevate the borrowing costs for states that are already in tenuous circumstances. I suspect that McConnell knows this (or wealthy investors in munies will tell him.), and the threat was just his way of telling the city to drop dead, as was the Republican stance during NYC’s last fiscal crisis

The most serious consequence of this situation is what state and local governments are doing to avert default. State governments are in crisis not because they have spent too much on pensions or other luxuries but because they have been hit by a spike in unemployment, thereby decreasing state income and sales tax revenue and increases in state expenditure for unemployment. Nor does the story stop there. Workers whose unemployment compensation is less that before the crisis will in turn spend less than they were previously. Workers who are not covered by unemployment insurance have nothing other than whatever they have saved for spending. What do state governments prohibited from running a deficit do? They cut service and/or increase taxes. The consequence is the downward spiral continues. Eventually even prices begin to decline, adding another destructive dimension. In a deflationary environment even those citizens who are afloat hold back on purchase in the expectation of better bargains.

The size of the fiscal hole is growing by the day. Georgia anticipates a 1,5 billion dollar shortfall, and populous states anticipate far more. The National Governors Association has requested a total of 500 billion. These numbers are hard to get an arm around. One way to think of this sum is to compare it to the military budget. Though not described in these terms military spending has often played a countercyclical role in compensating for the overproduction/under consumption tendencies of US capitalism. That budget is 700 billion, which leads me to believe that even 500 billion is only a starter, given the depth and breadth of the crisis already. That starter should be accompanied by expansion of eligibility for and increased funding of the SNAP program.

Unfortunately one peculiarity or deficiency of the US political economy blunts the efficacy of countercyclical infusions. Even when grants or loans are directed toward unemployed individuals they must go through a state level unemployment system that is often cumbersome and slow. If not designed to discourage the unemployed, it has that effect, and for most states modernizing the system is not a priority. The US unemployment insurance system is a less than ideal safety net. Funded largely by the states, which also have considerable flexibility in determining eligibility, the system invites the march to the bottom that has characterized so much of state economic development policy for the last forty years. Heather Cox Richardson reports:

in Florida, where the $275 cap for unemployment is among the lowest in the country, former Republican Governor Rick Scott deliberately made the unemployment application process difficult to keep the unemployment numbers low. “The system was designed to fail,” an advisor to current Republican Florida Governor Ron DeSantis told reporters. Now, “it’s a sh— sandwich.”

Assistance to state and local governments can be done digitally to state treasuries, and funds right now could sustain vital services and prevent further public sector unemployment. And it is public sector spending that has been most neglected under both major political parties and has a vital role in sustainable and just economic development.

Time is of the essence. Without prompt action the downward spiral will continue, leaving more Americans dependent on foodbanks never designed to accommodate such large numbers of food- insecure citizens.