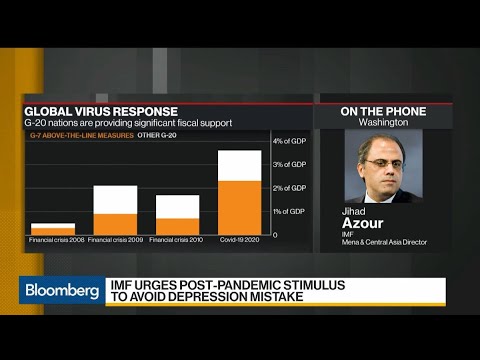 ( Middle East Monitor ) – Oil prices have hit zero. Yes, oil was “sold” this week with producers only asking buyers to pay for transporting it to its final destination. This is the worst collapse in oil markets in history; it is unprecedented for oil to lose 94 per cent of its value in just one day.

It is important to mention, though, that this price fall was related to US Texas crude oil for May contracts only. Prices for other contracts are still higher, but that does not mean that they are immune from collapse. There is still plenty of time before they are due and the price can go up or down.

The causes of the collapse can be summed up thus: there is a market share crisis that has led to a price war and the flooding of markets by oil producers. The agreement to reduce production will be effective from the beginning of next month. The previous agreement ended on 31 March, leaving a gap throughout April which has been enough to flood the markets with oil. Demand, meanwhile, has fallen due to the coronavirus crisis.

Indeed, the pandemic has caused a global recession, which is likely to mean continued low demand for oil. Hence, the OPEC agreement to reduce production by 9.7 million barrels per day (bpd) will be worthless, as the International Monetary Fund expects the global demand for oil to decrease by 29 million bpd. Even taking the production cut into account, there will still be a surplus in supply by 20 million bpd.

Moreover, another crisis is looming on the horizon concerning the storage of all this oil. The world’s oil producers do not have the capacity to store their surplus production. This has pushed producers to sell their oil at any price, simply because the cost of storage is higher than the price of oil on the market. Reports already mention some producers renting giant oil tankers at sea to use for temporary storage, which is very expensive.

Hence, the prices have tumbled and may continue to do so during the coming days, leading to the disruption of production in many OPEC countries. They may find that the cost of production is higher than the market price, and so could suspend production voluntarily and lay off thousands of workers across the sector.

What impact will all of this have on the Arab world, especially the oil-producing Gulf States? The answer is simple: the Arab world is heading towards the worst economic crisis since independence. Saudi Arabia, for example, is the largest and most important Arab economy, but may still find itself facing its biggest budget deficit in almost 100 years. So too could other Gulf countries, because economies across the Arab world have also been hit by the coronavirus crisis.

Riyadh-based Jadwa Investment Company predicted just before the collapse of oil prices that the Saudi budget will register a deficit of 422 billion riyals, which is 40 per cent of the budget, and 15.7 per cent of the Kingdom’s GDP. It is easy to imagine how these figures could get worse after the collapse in oil prices registered on 20 April.

During the past few weeks, Saudi Arabia has had to borrow $7 billion, as has the UAE. In Bahrain the government borrowed $1bn, the Sultanate of Oman decided to reduce its public spending by $1.3bn and Jordan announced that it was looking for someone to lend it $640 million. Kuwait, meanwhile, appears to be the most stable country in the Arab world at the moment, thanks to its reserves built up in its Al-Ajyal (Generations) Fund and its conservative financial policies.

If the Gulf States go into a great depression, millions of Arab expatriate workers will have to return to their home countries, creating the perhaps even bigger problem of mass unemployment. In the middle of the coronavirus pandemic, God alone knows what sort of future we will have.