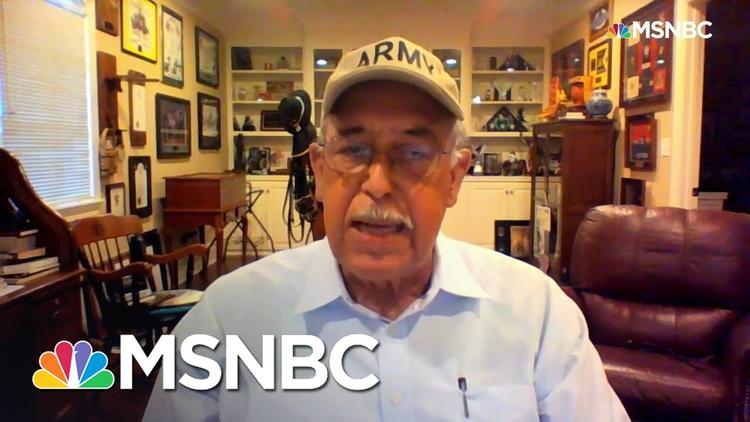 “Dilettantism raised to the level of sociopathy.”

(Commondreams.org) – Progressives expressed shock at the Trump administration’s latest indication that it intends to provide little assistance to states where thousands of people have contracted the coronavirus, after Jared Kushner, senior advisor and son-in-law to President Donald Trump, made his first appearance as a key member of the White House coronavirus task force Thursday evening—and revealed he had little knowledge of how the federal government works.

Kushner’s perceived disdain during his remarks for state governments which have spent weeks pleading for sufficient ventilators, N95 respirators, and other personal protective equipment (PPE) for healthcare providers was denounced by New York Times columnist Michelle Goldberg as “dilettantism raised to the level of sociopathy.”

When asked about the federal government’s response to states that have requested shipments from the Strategic National Stockpile (SNS), Kushner—a former real estate developer with no medical background—suggested states and the residents and healthcare professionals fighting the coronavirus pandemic are not entitled to the use of the government-funded stockpile of medical equipment.

Kushner did not elaborate on what the federal government might use the stockpile for if not to supply the public with the equipment in the event of a national health crisis. According to the Association of State and Territorial Health Officials, the SNS is “designed to supplement and resupply state and local inventories of medicines and supplies during emergencies severe enough to exhaust local supplies.”

Hospitals across the country have warned for weeks that the rapidly-spreading pandemic has depleted their reserves of ventilators and PPE, putting patients and healthcare providers at risk. “His use of the word ‘our’ is so wrong,” tweeted political scientist Michael McFaul. “These masks in the stockpile are OUR masks, paid for by OUR money.”

Kushner’s press conference came days after Sen. Elizabeth Warren (D-Mass.) denounced the Trump administration for reportedly seizing at least two shipments of supplies headed to Massachusetts from the stockpile in March, leaving her state with a fraction of what it ordered.

Hospitals in the commonwealth have warned for weeks that they were experiencing a PPE shortage that would prove critical if there was a surge of cases. Kushner on Thursday chided states for requesting equipment in anticipation of needing it in the near future.

“What you have all over the country is a lot of people are asking for things that they don’t necessarily need at the moment,” Kushner said.

He also accused state and city officials of being “poor managers” and said they were requesting supplies without knowing they already had them in state stockpiles.

Late last month, according to a Vanity Fair report, Kushner encouraged Trump to push back publicly against New York Gov. Andrew Cuomo’s demand for 30,000 ventilators, warning of a dangerous shortage.

“I have all this data about I.C.U. capacity,” Kushner reportedly said at a White House meeting. “I’m doing my own projections, and I’ve gotten a lot smarter about this. New York doesn’t need all the ventilators.”

Times columnist Jamelle Bouie slammed Kushner’s qualifications to make such claims. New York is reportedly now six days away from running out of ventilators, with nearly 100,000 people in the state sickened with the disease.

Atlantic writer Adam Serwer wrote that Kushner’s ascension to one of the top positions in the White House’s coronavirus effort, with his family connection to the president but no qualifications, is a “hallmark of authoritarian governments.”

Such regimes “prize loyalty to the Leader over people who can do the job right, because protecting the Leader takes priority over whatever public interest the task involves,” Serwer wrote.

Our work is licensed under a Creative Commons Attribution-Share Alike 3.0 License.

Kushner ‘Doesn’t Know What The Hell He’s Talking About’ Com. Of Katrina Task Force | All In | MSNBC