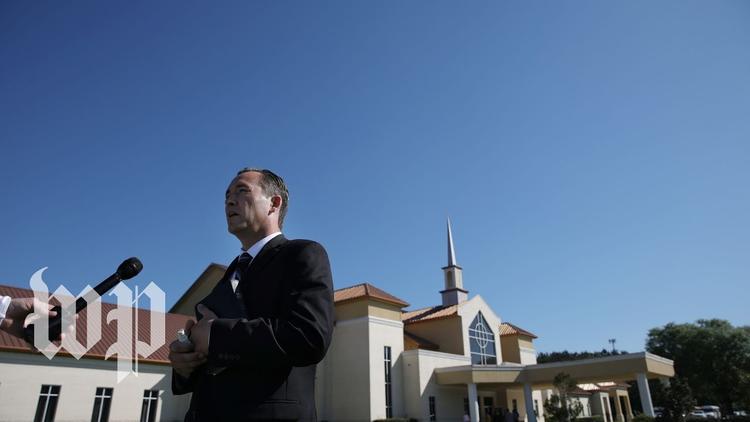 Ann Arbor (Informed Comment) – The surgeon general, Jerome Adams, has announced that the coming week will see enormous numbers of coronavirus deaths and hospitalizations, calling it this generation’s “Pearl Harbor.” But while Pearl Harbor was a plot of far right wing Japanese generals to get the US fleet out of the way so they could grab Southeast Asia and its petroleum production, the coronavirus disaster is in significant part an internal failure of America.

Virginia Pastor Landon Spradlin dismissed scientists’ warnings on coronavirus as “hysteria.” He even drove 900 miles to attend Mardi Gras in New Orleans. Sadly, Pastor Spradlin contracted the virus and is no longer with us. I feel really sorry for his family and congregation, since by all accounts he was a wonderful person. He was however a wonderful person with insufficient respect for science. His is the tragic story of the coming tens of thousands or, God forbid, hundreds of thousands of deaths among Americans who somehow think they are above the laws of biology. (Whether it is tens of thousands or hundreds of thousands dead depends on whether Americans trust the science and behave as if they do. Going to church is a very bad idea for a while, as is any gathering).

Science is our sword and our shield, and a president who valued science would have swung into action in January to begin ordering large numbers of test kits, masks and ventilators. Trump did not bother to make those orders until mid-March, two months into the crisis, as Alissa Watkins at Vox reports.

In contrast, Germany has kept its cases and fatalities relatively low by widespread testing and then tracing back the contacts of those found positive. Germans trust in science, and 81% of them say that the climate crisis is a “very serious problem.”

Likewise, South Korea scaled its testing, while the US fell way behind, as Pro Public explained. Some 92 percent of South Koreans believe that climate change is a serious or very serious problem.

Anti-science attitudes in the United States are unusually widespread and powerful for an industrial democracy. Those attitudes, moreover, have a special home in the Republican Party, which has become the greatest single danger to Americans’ health and well-being, far more dangerous than any foreign terrorist organization.

Only 40% of Americans have “a great deal of confidence” in the scientific community. Only 39% strongly trust climate scientists to provide full and accurate information about the causes of climate change.

Among Republicans, only 15% of the strongly conservative have strong trust in climate scientists, and only a third of self-described moderate Republicans do.

Perhaps as a result of the widespread dismissal of science, only 64 percent of Americans think climate change is a serious problem, while 36 percent think it is minor or not a problem at all. And 71 percent think human beings can do nothing about the climate crisis, or can only slow it but not stop it. (They’re wrong– we have a “carbon budget” created by the oceans’ ability to absorb carbon dioxide up to a certain level. It is only if we exceed that absorptive capacity that we are well and truly screwed; we’re on course to exceed it, because we won’t listen to the frantic screams of the climate scientists).

Pew found that among Democrats, trust in science on climate issues went by education. More educated Democrats trusted science more. Less educated ones, less. But among Republicans, it didn’t matter how well educated they were. They don’t trust climate science as a matter of ideology.

Nearly a third of Americans believe that creatures, including human beings, have been stable in their form since the beginning. While the other two thirds recognize evolution (it isn’t a belief, it is a fact), only 35% know that evolution is a matter of random variation and natural selection, insisting that it is “guided” by a supreme being. While science cannot disprove that a supreme being set up evolution to work as it does, there is nothing teleological about it– and animals can lose complex features over time if it is advantageous to them to do so in their environment. The ancestors of penguins used to be able to fly.

Republicans are invested in business and religion, and science is often inconvenient for both if they are pursued in a fundamentalist way. On the other hand, neither is intrinsically incompatible with science, and both would actually benefit if they took the science on board, early and often.

When people let their ideologies overrule reason, they are digging their own graves.

Washington Post: “This Louisiana church is defying the coronavirus lockdown: ‘We have nothing to fear but fear itself'”