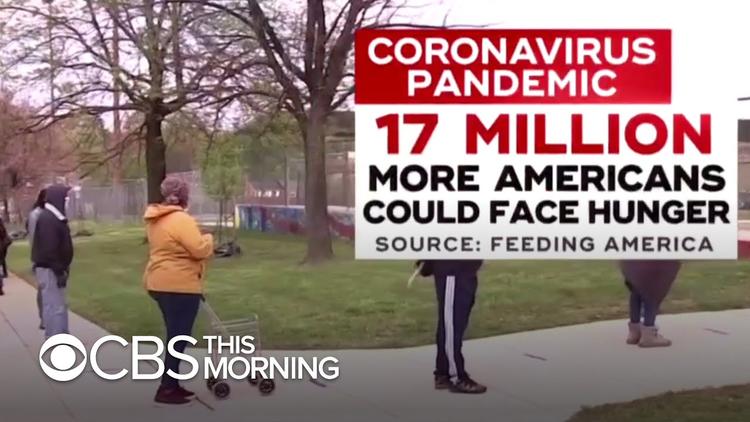 Gainesville, Florida (Special to Informed Comment) – King Soloman in Ecclesiastes 1:9 tells us that “The thing that hath been, it is that which shall be; and that which is done is that which shall be done: and there is no new thing under the sun.” President Harry S. Truman stated that, “The only thing new in the world is the history you do not know.” Many plagues beside Covid-19 have occurred over history, and awareness of the history of epidemics, health programs, solutions and social policies used to combat them can guide us toward a more stable society and healthy future.

2) The Great plague of London 1665-1666 killed 100,000. Quarantined houses had a Red Cross painted on the house to warn people to stay away. Children sang a little song: “Ring-a-round the rosie, A pocket full of posies, Ashes! Ashes! We all fall down.”

4) In 1629 to 1631 the Republic of Venice lost 1/3 of its population, and half the population of the Italian cities Parma and Verona.

Interestingly, the Italian city of Ferrara managed to prevent a single death even as other surrounding communities were being devastated. Records from that time reveal that they prevented epidemic in their 12th century city by using basic principles of public health and social service, some of which are still used in the 21st century. Ferrara had paved roads in 1375 and a municipal sewer system since 1425. It was a walled city and during times of the plague they closed all but two of the city gates and posted surveillance teams at the gates to ensure that anyone who came in came from a plague free zone. They would then be screened for any signs of disease.

Those suspected of being ill were moved into two hospitals located outside of the city walls.The city had carefully controlled sanitation campaigns; streets were swept of garbage and cleared of cats, dogs and chickens. Lime powder was spread on any surface that may have been in contact with an infected person.

Inside homes, any damaged or cracked furniture was burned outside, valuables were heated close to a fire and perfumes sprayed throughout the house for 15 days. Clothing and textiles were hung out in the sun, beaten and sprayed with perfumes. A medicinal oil called ‘Composito’, created by Spanish physician Pedro Castagno, was used.

When getting up in the morning, Dr. Castagno suggested that residents light a fire of scented woods (Juniper, Laurel, and vine shoots) warm the clothes and above all the shirt, near the fire. Afterwards wash hands and face with clean water mixed with wine or vinegar of roses with which all the body should be cleaned using a sponge.
Then Composito was applied to the body .

While Dr. Castagno never disclosed the ingredients used in making ‘Composito’, review of old records at Ferrara of the materials that he ordered, researchers determined that it contained myrrh and crocus sativus, the flower from which we get saffron, both known for antimicrobial properties and venom from scorpions and vipers. It was thought that only a true poison could fight the poison of the plague.

Strong public health measures combined with very strict enforcement accounted for much of Ferrara success in avoiding the deaths of their citizens, and personal procedures such as washing the body carefully every day also contributed to avoiding the spread of infectious disease. Just like today’s advice , nothing new under the sun,

Certainly nothing new under the USA sun, the 1935 New Deal of the Roosevelt administration was a successful social and economic program, much of which could still be similarly applied to cope with the scale of the 2020 economic/Covid-19 depression now engulfing the nation. FDR’s economics called for creating new legislation, agencies, jobs and social services. Roosevelt’s “Brain Trust” designed the famous “3 R’s”included RELIEF by taking immediate action to halt deterioration of the economy. RECOVERY included “pump priming’ using temporary programs to restart flow of consumer demand. REFORM programs were designed to avoid another depression and insure citizens against economic disasters. Examples include the New Deal idea of a federal safety net of Social Security in the 1930s, and was a foundation for Lyndon B. Johnson’s Great Society and Medicare health insurance program of the 1960s. FDR and LBJ asked all working adults to care for American seniors and the poor.

Prior to FDRs New Deal, the USA still closely resembled 19th century life and functioned with the pre-depression social and economic policies of GOP Presidents Calvin Coolidge and Herbert Hoover. Highlights of that era include: America suffering hunger and bad health in all age groups; no public health programs; no substance abuse or mental health programs; epidemics of typhoid, cholera, polio; unpaved, impassable country roads and unpaved town streets; industrial waste and fetid sewage polluting beaches, lakes, streams, rivers; much illiteracy; reduced productivity and creativity; indigence in old age; urban riots often accompanied frequent bank failures that wiped out depositors. Retired people could not turn to the government for medical and income security. If they had children, that responsibility fell directly to them. Similarly, proposed 2020 GOP/Herbert Hoover style Republican austerity cuts to Medicare and Social Security are inhuman and shocking because they shift these costs from the federal budget back to non-existent family budgets or to fast shrinking state budgets.

In financing a ‘new’ New Deal for 2020, we must use grants instead of Wall Street bank loans that cannot be repaid by most citizens due to compound interest . Using favorable tax laws, offshoring of taxable profits and other avoidance methods, large corporations, big insurance, big pharma and the ultra-wealthy rich no longer pay adequate and fair taxes to the government. The U.S. has substituted debt to finance many government services, which is the main cause of today’s obscene $21 trillion debt.

Our system is designed so that the 99% can never free themselves from debt to the 1%. Currently, the richest 1% hold about 38% of all privately held wealth in the United States, while the bottom 90% hold about 73% of all debt. The richest 1% in the United States now own more wealth than the bottom 90%. Economist Michael Hudson predicts that the American economy will soon be “looking pretty much like Greece. It’ll be austerity. There will be people who don’t have jobs. They are going to be evicted from their apartments. They will have run through their savings. They will not be able to pay their credit card debt and other debts so arrears are going to rise. The banks would be squeezed, but Trump says that although we can’t save the people, we can save the banks. The Federal Reserve has enough money to keep all the banks afloat, even if they’re not getting the mortgage payments, even if they’re not able to collect on their loans. The banks can now make up for the money they’re not getting by having a huge new market: lending money to private capital and to the large companies to buy out these small businesses that are going under. It’s a bonanza.”

In his first inaugural address, March, 1933, Franklin D. Roosevelt offered a mix of reality and hope that resonates for us today, excerpt:

“Plenty is at our doorstep, but generous use of it languishes in the very sight of the supply. Primarily this is because the rulers of the exchange of mankind’s goods have failed, through their own stubbornness and their own incompetence, have admitted their failure, and abdicated. Practices of the unscrupulous money changers stand indicted in the court of public opinion, rejected by the hearts and minds of men.

True they have tried, but their efforts have been cast in the pattern of an outworn tradition. Faced by failure of credit they have proposed only the lending of more money. Stripped of the lure of profit by which to induce our people to follow their false leadership, they have resorted to exhortations, pleading tearfully for restored confidence. They know only the rules of a generation of selfseekers. They have no vision, and when there is no vision the people perish”.