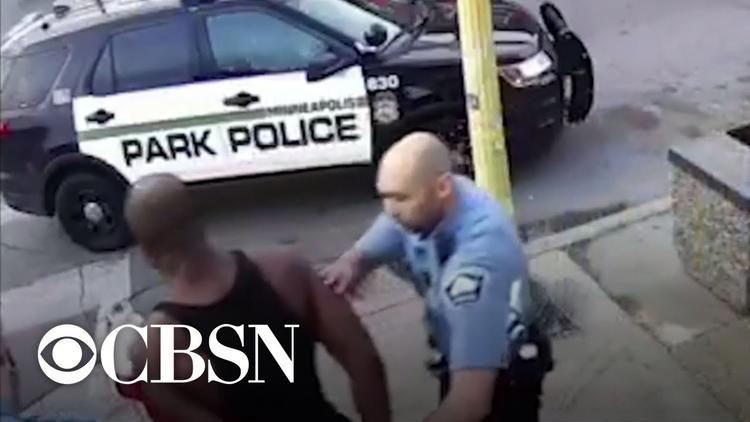 Ann Arbor (Informed Comment) – My social media feeds have been full of comparisons between the treatment by police of Reopener mobs, some of whom invaded the Michigan state house while fully armed with assault weapons, and the treatment of protesters in Minneapolis regarding the killing of George Floyd by a policemen who kept his knee on his neck.

Why does the Far Right all too often get a pass by American law enforcement?

Let me underline that. About 40 percent of all guns in the United States are owned by about 10 million people, some 3 percent of the population. So owning guns is legal, and I’m from a family of farmers who hunted with them, and I’m not knocking gun ownership. And I’m sure there are perfectly innocent hobbyists who collect guns the way other people collect vintage automobiles. But a tiny percentage within that percentage of super-gun-owners are far right wing extremists, and law enforcement is understandably reluctant to get them het up.

2. White supremacists are very good about playing passive aggressive games and nursing and sharing grievances. In the 1990s, Federal agencies like the FBI and Alcohol, Tobacco, and Firearms were called in to deal with heavily armed white terrorists. A 1992 stand off at Ruby Ridge, Idaho, between gun nut Randy Weaver (whose family was with him) ended in tragedy when FBI snipers took out Weaver’s wife and child.* Weaver had refused to show up for his trial on weapons charges (he had sawed off a shotgun, which is illegal in Federal law).

Then the following year the David Koresh splinter of the Branch Davidians in Waco, Texas, was investigated for stockpiling weapons, and a raid left 4 ATF agents and 6 Branch Davidians dead, with many agents wounded. That firefight led to an FBI siege of the compound and ultimately to the deaths of 76 members, including Koresh, in fires that they may have set themselves.

Timothy McVeigh and Terry Nichols, both on the fringe of white supremacy and conspiracy theories, cited Ruby Ridge and Waco when they blew up the Murrah Federal Building in Oklohama City in 1995 with a fertilizer bomb (and ended up targeting the day care center on the first floor). They killed 168 people and wounded hundreds more. They killed more persons per capita than any other terrorists in American history up to that point.

It isn’t usually said out loud, but the Oklahoma City bombing was the most successful act of terrorism in American history. It led the FBI and other Federal agencies, as well as local law enforcement in many instances, to back off the white supremacists, neo-Nazis and kindred groups, leaving them be unless they did something really egregious. Terrorism was defined at the time in the US Federal code as the use of violence by a non-state actor against civilians to change politics. So that worked.

3. This is one of the reasons for which the Obama administration did not take the bait when Cliven Bundy, whom I compared to the Taliban, staged a standoff over his refusal to pay fees for grazing on Federal land. People like Bundy were looking for further ammunition to grow their “sovereign citizen” movement, and a violent crackdown would have helped them.

4. White supremacists, militia movement members, and other fringe groups of the far right may make up 10 percent of the US population. They form a key if unspoken part of the Republican Party and provide the margin for Republicans in many tight congressional races. This is why Sarah Palin and other GOP leaders engage in codespeak, talking about the “patriots,” which sounds inoffensive until you realize about whom exactly she was speaking. In the zeroes of this century, Republicans in Congress actually stopped Federal agencies from keeping tabs and good statistics on far right extremism, lest one of their constituencies be upset. Trump is the first major national Republican leader openly to cultivate the far right constituency, but he has plenty of predecessors who did it more gingerly.

5. Likewise, Trump and his Neo-Nazi black shirts are looking for trouble so as to depict the normal people as tyrants and enlist more discontents. This is why Michigan governor Gretchen Whitmer merely complained about the mob that came for her having confederate flags and assault weapons, but did not order them dealt with by law enforcement. The Michigan state legislature actually just shut down to accommodate these white terrorists. But if any of them had been shot by police, you know that it would just have brought more gangs to Lansing and that Trump would have been whipping up the fringe into a lather. Whitmer handled the situation wisely, even at the cost of ceding ground to far right wing thugs on the right of democratically elected legislators to meet in the state house.

The point isn’t that Whitmer and others are wrong. They are doing the right thing. The point is that African-Americans with grievances should also be cut some slack.

6. African-Americans are made to look big and menacing by the white media and many political figures, but they are a minority. They are only 12 percent of the population. If you had a gathering of 100 representative Americans, only 12 of them would be of African heritage. They are systematically discriminated against on employment, which keeps them poor. They have only 10 cents for every dollar a white person has. As a disadvantaged minority they are still, despite the supposed end to Jim Crow, subjected to enormous amounts of surveillance and are incarcerated at a rate many times more than whites.

It is systematic racism that allows the authorities to treat African-Americans like pariahs and to crack down hard on them if they protest. In 1985 the city of Philadelphia actually bombed the facilities of the Black nationalist MOVE organization. At Ferguson, Mo. in 2014, the shooting of a black youth led the Justice Department to uncover a racket on the part of the town’s white elite that used police fines and jailings systematically to extract wealth from the African-Americans.

In fact, it is this systematic racism (which is very different from the occasional piece of prejudice that most whites imagine to be the problem), that has led African-Americans to suffer disproportionately from the coronavirus.

In order to redress the injustices here, it isn’t enough to raise a hue and cry about individual instances of racism. The establishment, of systematic racism, in everything from school resegregation to residential segregation to employment discrimination, needs to be addressed through a second generation of civil rights legislation. 1964 and 1965 did not go nearly far enough.

*An earlier version of this essay mistakenly said that Mr. Weaver was killed.