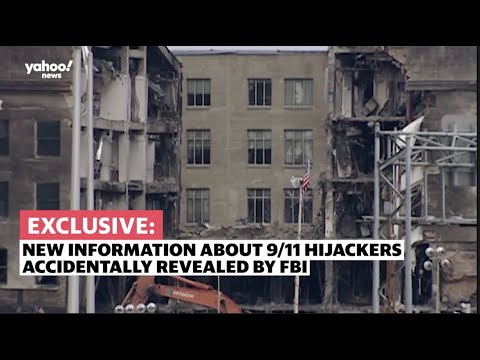 By Tim Golden and Sebastian Rotella | –

(ProPublica) – After an extraordinary, two-year battle to keep secret the name of a Saudi diplomat suspected of ties to the 9/11 plot, the Justice Department accidentally disclosed the man’s name in a court filing.

The revelation of the Saudi official’s identity, in a federal court filing last week, did little to illuminate links between the Al Qaeda hijackers and the Saudi government, which is being sued for complicity in the 2001 attacks by survivors and families of the victims.

In fact, the diplomat’s identity only deepens a mystery about why the Trump administration has fought so aggressively to keep the information under wraps. The disclosure, in a partially redacted statement from a senior FBI official, was first reported on Tuesday by Yahoo News.

U.S. Attorney General William Barr has twice argued in federal court statements that the Saudi diplomat’s name and other information from the FBI investigation of the plot constitute “state secrets” that would imperil the nation’s security if they became public. The FBI, the CIA and the Director of National Intelligence submitted a flurry of declarations endorsing that claim last month, at the Justice Department’s behest.

Yet the Saudi diplomat, Musaed Ahmed al-Jarrah, is an almost anonymous figure whose possible connections to the 9/11 plot were never solidly confirmed, several officials said, and were only a passing focus of the FBI’s long-running inquiry into the Saudi role.

“Our government has been fighting us tooth and nail to prevent the release of this name, and now — lo and behold — we know his name,” said a spokesman for the 9/11 families, Brett Eagleson. “What about this is a state secret? Why would our government go to such lengths to protect this guy? This proves it’s a giant cover-up to protect the Saudis.”

The Justice Department declined to comment on the release of Jarrah’s name, although an official confirmed that it was inadvertent.

Starting in the mid-1990s, Jarrah worked as the deputy chief of the Islamic affairs section of the Saudi Embassy in Washington. He left the United States in 2005, after coming under FBI scrutiny because of his suspected ties to other Saudis linked to Al Qaeda, former bureau officials said.

Jarrah continued to work until recently in the Saudi foreign service, apparently seconded from a major Islamic university in Riyadh that had long been his primary employer, news reports and court documents show. That institution, Imam Muhammad Ibn Saud University, has been a center of the kingdom’s Wahhabi theology. It drew scrutiny from U.S. intelligence agencies after 9/11 because a number of Qaeda figures had studied there, including four of the hijackers.

Jarrah’s possible tie to the plot first came to light in a secret 2012 case summary that was prepared by an FBI-led counterterrorism task force examining the Saudi role in the attacks. Details of that investigation were first revealed this year in a report by ProPublica and The New York Times Magazine.

The 2012 document asserted that “there is evidence” that Jarrah arranged for two other Saudis — another religious-affairs official based in Los Angeles and a suspected intelligence operative in San Diego — to help the first two Qaeda hijackers after they arrived in California in early 2000.

That document was released in 2016, with Jarrah’s name and other information redacted, in response to a Freedom of Information Act request by an online news organization, the Florida Bulldog. The report does not describe what the evidence was or how strong it might have been. Nor does the redacted document give any indication that Jarrah was suspected of having advance knowledge of the attacks.

However, several former FBI officials familiar with the investigation of the Saudis said that the bureau’s information about Jarrah’s possible role in organizing support for the hijackers was always somewhat speculative.

Officials said they believed that Jarrah had been frequently in touch with Fahad al-Thumairy, the religious-affairs official at the Saudi Consulate in Los Angeles who was said by two key FBI witnesses to have helped find a place for the Qaeda hijackers to stay when they arrived in the city in January 2000.

FBI officials suspected that Jarrah may also have been in contact with Omar al-Bayoumi, a middle-aged Saudi graduate student in San Diego who was investigated by the FBI in 1998 as a possible Saudi spy. Bayoumi later became a key figure in the support network for the two Qaeda hijackers, Nawaf al-Hazmi and Khaled al-Midhar, both Saudis in their mid-20s.

In early February of 2000, after a visit to the Saudi consulate in Los Angeles, Bayoumi had what he claimed was a chance meeting with Hazmi and Midhar at a nearby halal restaurant. Although Bayoumi said he didn’t know the two young Saudis, he promptly invited them to move to San Diego, arranged an apartment for them to rent and helped them open a bank account. He also introduced them to a circle of young Muslim men who became the core of their social support network for almost a year.

Jarrah was believed to have traveled to California at least once to meet with Thumairy and other Saudi officials, but only after 9/11. Investigators also found extensive records of telephone calls between both Thumairy and Bayoumi and Saudi religious officials at the kingdom’s diplomatic posts in Washington, although it was often not clear which Saudi diplomats were using the various embassy telephones.

In an affidavit that accompanied Barr’s first assertion of the state secrets privilege last September, the FBI’s senior counterterrorism official at the time, Michael C. McGarrity, minimized the significance of the 2012 document and its focus on Jarrah.

It would have been “more appropriate” for the authors of the report to have described their information on Jarrah as “an investigative theory being pursued by the FBI and not as objective statements of fact,” McGarrity wrote. He added that the decision to declassify Jarrah’s name “should not be taken as an affirmation or confirmation of the statements in the 2012 report about that individual.”

In Washington, Jarrah’s responsibilities appear to have included the promotion of Wahhabi theology in the United States, the distribution of Saudi funding to favored U.S. mosques and the supervision of religious officials in other parts of the country. Some former FBI officials said he was thought to have supervised Thumairy, although in a 2004 interview with investigators from the bipartisan 9/11 Commission and the FBI, Thumairy claimed that he did not even know Jarrah. FBI and commission officials said that was a lie. The State Department revoked Thumairy’s U.S. visa in 2003 on the grounds that he was an extremist, officials said.

Former FBI officials said a special team of investigators began to examine Jarrah’s activities as part of a look at radical Islamists and possible Qaeda sympathizers within the Saudi kingdom’s large diplomatic operation in the United States.

Jarrah seemed to espouse hard-line Islamist views, the former officials said, although some suspected that he might have been doing so in order to inform on others, including Saudi exchange students in the United States, for the Saudi security services or the government’s religious-affairs apparatus.

Jarrah was not among 16 officials at a U.S. satellite center of the Imam Muhammad Ibn Saud University, the Institute of Islamic and Arabic Sciences in America in Fairfax, Virginia, who were stripped of their diplomatic visas by the State Department in 2004. That action was part of a wider purge of the Saudi diplomatic corps that forced out officials who were spreading Wahabi Islamic doctrine in mosques around the United States.

A spokesman for the Saudi Embassy in Washington did not immediately respond to a request for comment on the revelation of Jarrah’s identity. But the kingdom has worked assiduously to try to block the lawsuit by the 9/11 families, and it has largely done so with the backing of the Trump administration’s Justice Department.

Before he became president, Trump had expressed strong support for the 9/11 families and sharply criticized the Saudi government. In his 2011 book, “Time to Get Tough: Making America #1 Again,” he called the Saudi kingdom “the world’s biggest funder of terrorism.”