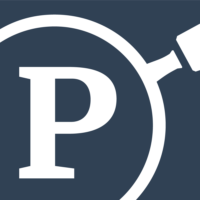 By Megan O’Matz | – ( ProPublica ) – Cole Wist was a Republican state House member in Colorado with an A grade from the NRA. Then, in 2018, he supported a red flag law, sponsoring a bill to allow guns to be taken away — temporarily — from people who pose an immediate threat […]

By Mark Olalde | – ( ProPublica ) – The concentration of carbon dioxide in Earth’s atmosphere has reached its highest level in recorded human history. Again. In April, the level of CO2 was 27% higher than it was 50 years ago, according to the latest data from the National Oceanic and Atmospheric Administration and […]

By Ken Armstrong ( ProPublica ) – When U.S. Supreme Court Justice Samuel Alito, in a draft opinion obtained and published this week by Politico, detailed his justifications for overturning Roe v. Wade, he invoked a surprising name given the case’s subject. In writing about abortion, a matter inextricably tied to a woman’s control over […]

By Paul Kiel, Ash Ngu, Jesse Eisinger and Jeff Ernsthausen | – ( ProPublica ) – Which people and professions rake in the most income year after year? Which are most adept at shielding that money from the taxman? And what does this tell you about America? The top earners, of course, are often fodder […]

By Brian J. Conley and Mohammad J. Alizada, Alive in Afghanistan, and Joshua Kaplan and Joaquin Sapien, ProPublica | – ( ProPublica ) – During the final days of the U.S. evacuation of Afghanistan in August, a suicide bomber killed 13 American service members guarding an entrance to Kabul’s airport and scores of Afghan civilians […]

By Jeff Ernsthausen, Paul Kiel and Jesse Eisinger | – ( Propublica) – Here’s a tale of two Stephen Rosses. Real life Stephen Ross, who founded Related Companies, a global firm best known for developing the Time Warner Center and Hudson Yards in Manhattan, was a massive winner between 2008 and 2017. He became the […]

Poison in the Air By Lylla Younes, Ava Kofman, Al Shaw and Lisa Song, with additional reporting by Maya Miller, photography by Kathleen Flynn for ProPublica | – Mapping Cancer-Causing Industrial Air Pollution ( ProPublica ) – From the urban sprawl of Houston to the riverways of Virginia, air pollution from industrial plants is elevating […]