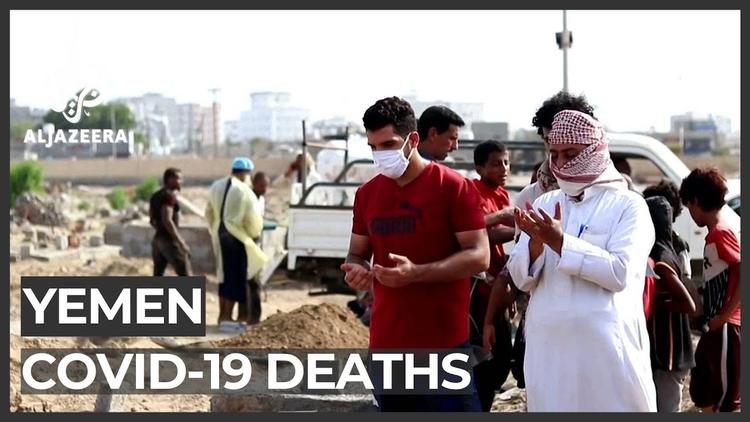 Fighting in Marib governorate between Houthi forces and the Saudi-led coalition and their Yemeni government allies has moved closer to overcrowded camps for internally displaced people that have inadequate health services and humanitarian aid. The parties to the conflict should take immediate steps to protect displaced people in insecure areas and facilitate access to aid. Poor camp conditions including recent flooding make the residents especially vulnerable to a Covid-19 outbreak, which Yemen lacks the capability to contain, especially as donors have reduced assistance.

“Yemeni government forces and Houthi forces need to protect fleeing civilians and ensure that they can get aid,” said Afrah Nasser, Yemen researcher at Human Rights Watch. “The heightened risk to millions of Yemeni civilians who rely on aid as their lifeline comes at a time of reduced foreign assistance and rising fear of a Covid-19 outbreak.”

The armed conflict that began in Yemen in March 2015 has displaced nearly four million people. Many have fled their homes due to serious laws-of-war violations, including the Saudi-led coalition’s unlawful airstrikes on homes, schools, and marketplaces and the Houthis’ indiscriminate shelling of neighborhoods. Since early 2020, fighting in northern Yemen has increased sharply, causing a significant displacement toward Marib. The United Nations refugee agency, UNHCR, reported that over 40,000 people have been displaced since the beginning of the year, and more displacement is likely as Houthi forces advance closer to Marib City.

Marib currently hosts 750,000 displaced people, outnumbering the city’s original population of 500,000. There are camps for displaced people and other shelter facilities across Marib, including in schools, a university campus, and a museum, according to Yemen’s internationally recognized government. Two aid workers told Human Rights Watch that coalition forces are deployed near some camps near current front lines, putting civilians at additional risk. 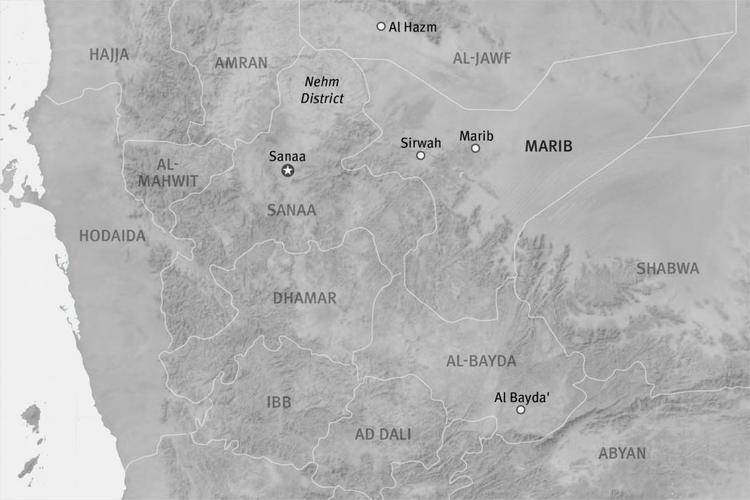 In February 2020, Houthi forces made military advances in north Yemen, taking control of the strategic district of Nehm and the city of al-Hazm, some 60 kilometers northeast of the capital, Sanaa, and about 60 kilometers northwest of Marib. Simultaneously, Houthi forces made military advances in the governorate of Al-Bayda’, south of Marib, leaving Marib city surrounded by active fighting from both the north and south.

Since February, Houthi military advances have left Marib City surrounded by active fighting in both the north and south. Coalition airstrikes have continued, with Marib one of the hardest-hit areas. Two hospitals in Marib City that served displaced people were struck during clashes in February. The UN humanitarian coordinator for Yemen described the attacks as “a completely unacceptable breach of international humanitarian law.”

International humanitarian assistance to Yemen has been hampered by a funding shortfall as well as Houthi obstruction of aid to those in need. International donors have not fulfilled their 2020 funding pledges, with only 27 percent of the Yemen humanitarian fund funded.

In April, the UN humanitarian coordinator warned that 31 of 41 major humanitarian programs in Yemen would be reduced or shut down “unless funding is urgently received.” Numerous aid workers told Human Rights Watch that displaced people would be among those most affected by funding shortages. UNHCR said that nearly one million vulnerable displaced people and refugees in Yemen risked losing their shelter, vital cash assistance for essentials like food and medicine, and other assistance. The agency said that it received only 28 percent of the 2020 funding needed to protect and provide critical aid to displaced people.

Several aid workers and journalists in Marib told Human Rights Watch that both the Houthis and the Yemeni government authorities have placed constraints on humanitarian aid operations in the city. The UN has previously accused Houthi authorities of obstructing aid, including diversion of World Food Program food assistance, demands for a 2 percent cut from the entire UN-led aid budget, refusing biometric registration conditions to reduce corruption, and otherwise unnecessary restrictions on northern Yemen relief operations.

Since early 2020, several donor governments have suspended funding in the north due to the Houthis’ increased restrictions. The United States Agency for International Development (USAID) suspended at least $73 million out of $85 million for humanitarian programming in the Houthi-controlled north. After an outcry, the US on May 6 announced $225 million in emergency food aid for Yemen.

One aid group told Human Rights Watch that after temporarily suspending funding over Houthi obstruction, Sweden’s International Development Cooperation Agency (Sida) recently resumed its funding. Another humanitarian worker in Marib said that two other donor countries, without stating their reasons, have suspended funding to projects in Marib and other parts of the north, causing him to lose his job.

UN officials have raised concerns that some epidemiological projections estimate that the coronavirus could infect nearly 16 million people in Yemen, 55 percent of the population. The country’s shattered health system – under-resourced and buffeted by years of war – is inadequately prepared to care for Covid-19 patients and contain the spread of the virus.

Displaced people, whom UNHCR warned are “the most vulnerable to the threat of COVID-19,” face even greater risks. Most displaced people are in dangerously overcrowded camps with substandard health care and inadequate access to clean water, sanitation, and other essential services, or the ability to follow social distancing guidelines or “self-isolate” when sick. Recent flash flooding in Marib has affected at least 16 sites, increasing the chances of another cholera outbreak.

Humanitarian groups told Human Rights Watch that the actual number of cases in Yemen is most likely much higher than those reported, in part due to limited testing capacity and the country’s weak health system. They also reported that warring parties have politicized the Covid-19 response by accusing one another of deliberately spreading the virus.

“Given Yemen’s existing humanitarian crisis, battered health system, and the imminent threat of a cholera outbreak, Marib’s displaced people now face the double threat of renewed fighting and the uncontrolled spread of a dangerous virus,” Nasser said. “The warring parties need to work with donors to prevent an even greater catastrophe.”