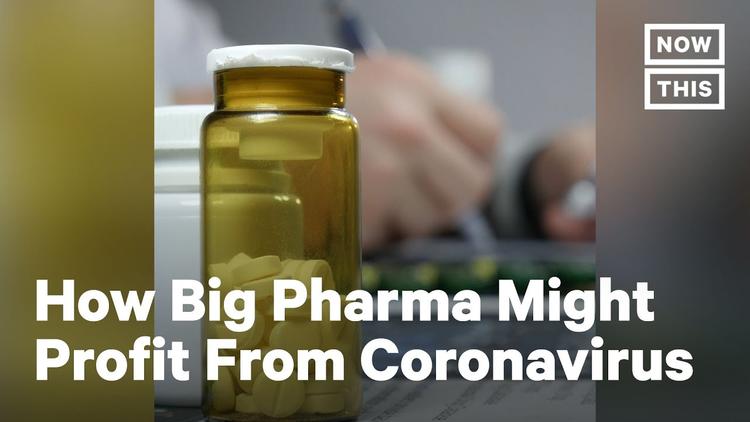 Gainesville, Florida (Special to Informed Comment) – April 12, 1955 stands out as the brightest day in the history of vaccine development and public health when news of the discovery by Jonas Salk of a vaccine for the polio virus was made public. The most venerated medical scientist of the 20th century, Jonas Salk, M.D., was hailed as a miracle worker. He further endeared himself to the public by underscoring every humans right to health care by refusing to patent the vaccine. He had no desire to profit personally from the discovery, but wanted the vaccine disseminated as widely as possible. Dr. Salk strongly rejected patenting and profiteering when he declared, “Could you patent the sun?”. He clearly recognized that vaccines and other medications should be accessible and affordable to all citizens as a necessary non-profit social service and health right of everyone.

The government’s front line of defense in public health and safety emergencies has been starved of funding by a policy of austerity designed to fund tax cuts and subsidies to unregulated and unaccountable corporations and the rich. By eliminating the surplus coping capacities needed in an emergency such as COVID-19, the private for profit business model remains secure by defining Big Pharma corporations and big insurance as commercial entities. Like all businesses, their goal is to make money. Under this business model , the greed of casual inhumanity is built in and the common good of the citizens and nation is ignored. Using escalated price gouging and other overpricing methods, excluding many in the middle class, the poor, the aged, the disabled and the mentally ill is sound business practice policy since it maximizes profit. By also cutting research, the GOP and Trump administration has further promoted anti-science ideology by reducing the budget of the Center for Disease control (CDC) and disbanding the working group on pandemics of the National Security Council (NSC).

Big business and Big Pharma dominate our government and public health takes a back seat to the need for private profit. Many government leaders from both political parties share the same ‘profits over public health’ ideology, even though the Covid-19 pandemic clearly shows how our economic system has failed to serve our citizens by allowing these groups to privatize, sabotage, fragment and cripple our health, public health and other social services. No greater disconnect exists between the public good and private interests than in the U.S. system of for-profit Big Pharma. Just like large health insurance corporations, Big Pharma has the inherent tendency to invent new needs, disregard all boundaries and turn everything into an object for sale and big profit.

To fix this problem, we must nationalize the pharmaceutical industry and mandate that drug companies be converted to non-profit public service corporations that serve the public interest rather than being used by the 1% and oligarchs for unlimited profit. Additionally, we need comprehensive reform in the way we produce new drugs including a public manufacturing capacity/program for producing needed drugs and clinical trials that would produce new non-patent medications that stay in the public domain. Drugs would function as real social service items, not profit producing goods for a tiny group of oligarchs. With this fundamental reorientation of drug manufacture, drugs become more affordable for patients and society, promote innovation, strengthen efforts to assure safety and effectiveness, and upgrade the evidence available to prescribers and the public. Because drugs developed and manufactured through new public pathways remain in the public domain, they could be economically produced generically throughout the world, benefiting many nations.

Addiction to huge profits by the Big Pharma industry means that converting most drug production to the public domain won’t be easy or fast. Gerald Posner, author of “Pharma: Greed, Lies, and the Poisoning of America”, said, “Pharmaceutical companies view Covid-19 as a once-in-a-lifetime business opportunity”. The world needs pharmaceutical products, of course. For the new coronavirus outbreak, in particular, we need treatments and vaccines and, in the U.S., tests. Dozens of companies are now vying to make them.

“They’re all in that race,” said Posner, who described the potential payoffs for winning the race as huge. The global crisis “will potentially be a blockbuster for the industry in terms of sales and profits,” he said, adding that “the worse the pandemic gets, the higher their eventual profit.” The ability to make money off of pharmaceuticals is already uniquely large in the U.S., which lacks the basic price controls other countries have, giving drug companies more freedom over setting prices for their products than anywhere else in the world. During the current crisis, pharmaceutical makers may have even more leeway than usual because of language industry lobbyists inserted into an $8.3 billion coronavirus spending package, passed last week, to maximize their profits from the pandemic.”

Posner calculates that since the 1930s, the National Institutes of Health has put some $900 billion into research that drug companies then used to patent brand-name medications. The advocacy group “Patients for Affordable Drugs” notes that every single drug approved by the Food and Drug Administration between 2010 and 2016 involved science funded with tax dollars through the NIH, with hapless US taxpayers spenting more than $100 billion on that research.

Among the drugs that were developed with some public funding and went on to be huge earners for private companies are the HIV drug AZT and the cancer treatment Kymriah, which Novartis now sells for $475,000.
Posner gives examples of Big Pharma industry making exorbitant profits from drugs produced with public funding. The antiviral drug sofosbuvir, which is used to treat hepatitis C, stemmed from key research funded by the National Institutes of Health. That drug is now owned by Gilead Sciences, which charges $1,000 per pill — more than many people with hepatitis C can afford; Gilead earned $44 billion from the drug during its first three years on the market.

Other examples include Mylan Pharmaceuticals, who have been price gouging the life-saving injectable epinephrine, EpiPen, by charging $300 for a product that costs less than $10 to make. The lack of ethics and price gouging from Mylan and other drug industry entities is an oft-repeated scenario by Big Pharma. They created nothing but paid billions that must be recovered through sales for a company that made their targeted product. They then generated skyrocketing returns through escalating price gouging, and even avoided taxes through inversion.

This is not the first time that Mylan has attempted to monopolize a drug to raise prices on a relatively cheap product to produce profits. In 2000, Mylan entered into agreements with the providers of the active pharmaceutical ingredient for widely prescribed anti-anxiety drugs lorazepam and clorazepate. The effect was to deny competitors access to ingredients necessary to produce these drugs generically. Having done so, Mylan inflated the drugs prices by 2,000 percent and 3,000 percent respectively. Mylan was dragged into court by 32 state attorneys general and the U.S. Federal Trade Commission. The settlement basically required Mylan to disgorge all of the ill-gained profits in what was then the largest settlement with a drug manufacturer, amounting to well over $100 million.

Until we nationalize the pharmaceutical industry and mandate that drug companies be converted to non-profit public service corporations that serve the public interest rather than being used by the 1% and oligarchs for unlimited profit, here are seven steps/ suggested policies that could be taken today that would help millions of our fellow Americans who are unable to access prescription drugs because of high out-of-pocket costs.

1). Establish a national formulary of medically necessary drugs to include the safest, most effective, and least expensive options. Provide all residents with full coverage of formulary drugs without copays or deductibles.

2). The U.S. spends more on prescription drugs than any other nation. Each year, prices rise far beyond the cost of development and production, straining family and government budgets. Negotiate with manufacturers to lower prices of branded drugs. If negotiations fail, issue a “compulsory license” to allow generic manufacturing. Increase public funding for development of non- patented drugs.

3). Today’s patent process keeps drug prices high and discourages innovation by rewarding minor tweaks to existing medications. Research funded by tax dollars can be patented and sold to private manufacturers. Prohibit new patents for trivial changes to existing drugs or “me too” drugs. Publicly fund development of treatments through non-commercial researchers, prioritizing drugs with high clinical value and for conditions neglected by the industry. Repeal the Bayh-Dole Act that allows publicly funded researchers to patent and sell discoveries.

4). Most clinical trials are now conducted by private drug firms, often using unsound methods and selective reporting. Regulators approve drugs based on small increases in “surrogate” endpoints, which are less safe and reliable than clinical results. Corporate ownership of trial data can hide safety problems and obstruct further research. Require regulators to fund and supervise the majority of clinical trials to maintain safety standards and facilitate innovation for high-need treatments. Increase standards for clinical trials, which should compare new drugs to existing drugs instead of placebos, and assess hard clinical outcomes instead of surrogate endpoints. Increase transparency by making all patient-level trial data publicly available.

6). After approval, regulators neglect to monitor drug safety and efficacy in the field, or enforce mandated postmarketing studies by drug firms. Agencies fail to issue safety warnings or remove unsafe drugs from the market. Increase funding for regulators’ postmarketing surveillance and increase their power to issue safety warnings and remove drugs from the market. Require drug firms to promptly perform and submit safety studies after drugs are in use.

7). Drug firms spend billions on advertising and marketing, including gifts and education programs for health providers. Drug ads often make misleading or inaccurate claims, but are poorly monitored by regulators who delegate most oversight to third parties. Eliminate conflicts of interest by ending the corporate funding of approval agencies. Strengthen funding for direct monitoring of drug marketing and increase sanctions for misleading or off-label promotions. Prohibit drug firms from funding continuing education programs for medical professionals.

Op-Ed: Big Pharma Could Jack Up Prices on a COVID-19 Vaccine | NowThis