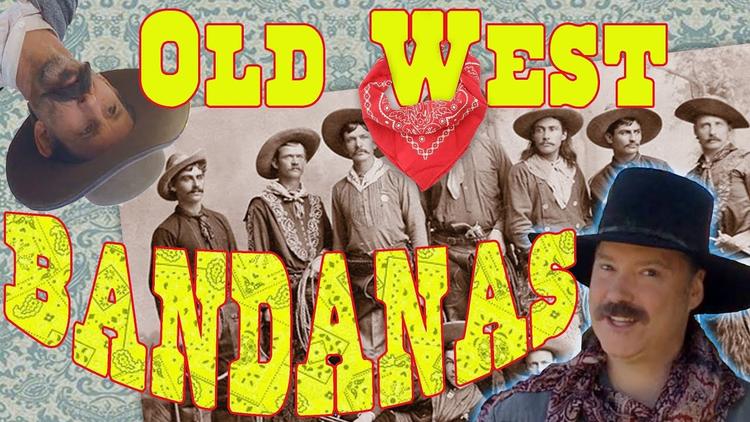 Ann Arbor (Informed Comment) – A recent study of the way Americans are adapting to the coronavirus found that “Men more than women agree that wearing a face covering is shameful, not cool, a sign of weakness, and a stigma”.

The study indicated that American men resist wearing face masks more than do women, partly because they hold an irrational belief that they are less likely to fall ill with Covid-19. In fact, although women and men contract the virus at the same rate, men across the US and the world are much more likely to die of it than women, according to a just-published Brookings paper.

If everybody in the population wears masks when they go outside, science has shown, it cuts down on coronavirus transmission rates enormously. This is why we think Hong Kong has had so few cases and few deaths. I’ve been to Hong Kong. The population is dense, and it could have been a New York-style epicenter. But people voluntarily masked up. You don’t wear the mask to protect yourself but rather to protect other people. When you breathe, if you are infected (and you can be, without knowing it), you breathe out droplets containing the virus. If you cough or sneeze, the droplets can be expelled from 50 to over 100 miles an hour. The masks cut down on that expulsion of droplets right at other people. So if everyone masks, we are all protecting each other. Men who insist on going barefaced to demonstrate their manliness are in fact cowards, since they are endangering others out of fear of what others will think of them.

The irony here is that wearing a mask, in the form of a bandanna, has been for centuries a quintessential symbol of masculinity.

Bandanna is originally a Hindi word, meaning a sort of kerchief. It is from the same Indo-European root as our English band (as in watch band or rubber band), i.e. to tie something up. The modern Hindi-Urdu word for “to bind” is bandhna. Some allege that it is from a related Hindi word that meant to make a dye fast, because bandannas had distinctive colors and patterns. Some say it entered Portuguese and from there came to English, though the great dictionary of Indian words in English, Hobson Jobson, implies that it may have come straight from Gujarati (which is related to Hindi) directly into English.

Tough guys should just remember that

For boomers like me who grew up on cowboy films, the bandanna evokes the wild west. And the reality is that cowboys did wear bandannas. 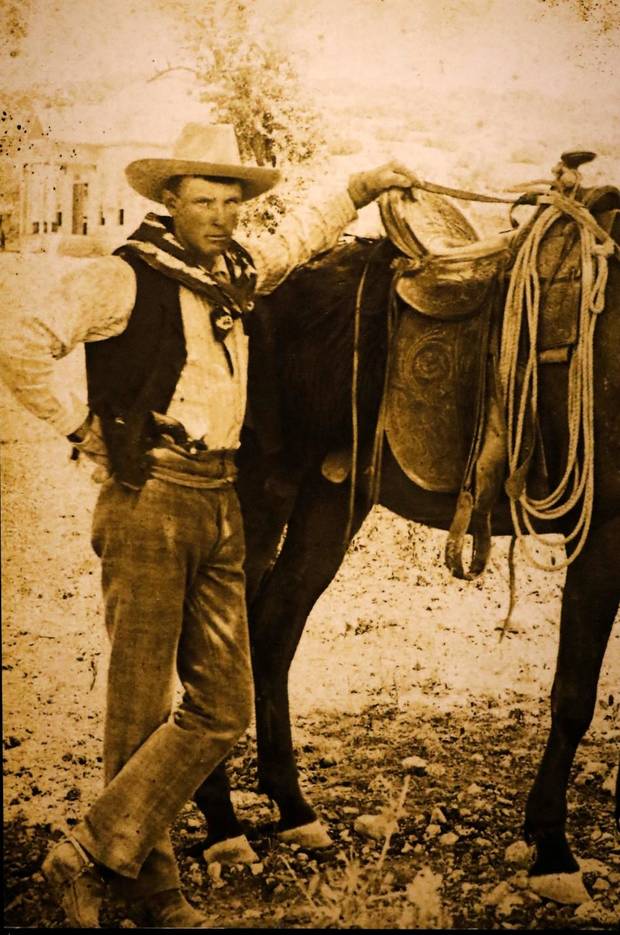 Does this guy look like a wimp to you?

Nowadays the bandannas are commodified: 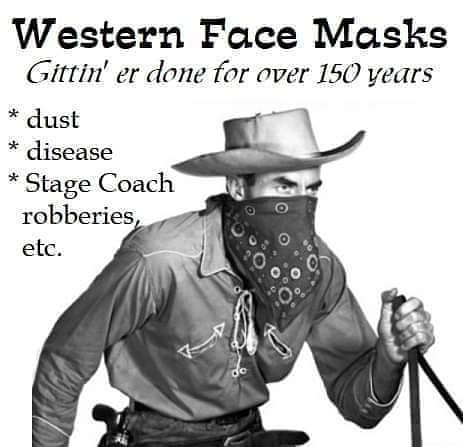 And, of course, when cowboys turned to crime, as the above ad admitted they sometimes did, they used their bandannas as masks. 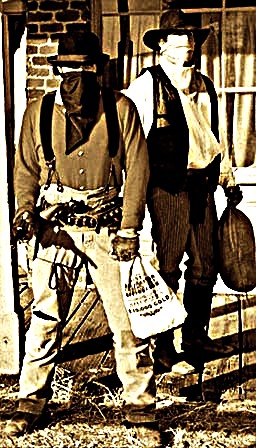 When I was a child in the 1950s, the movies and comics were full of such images: 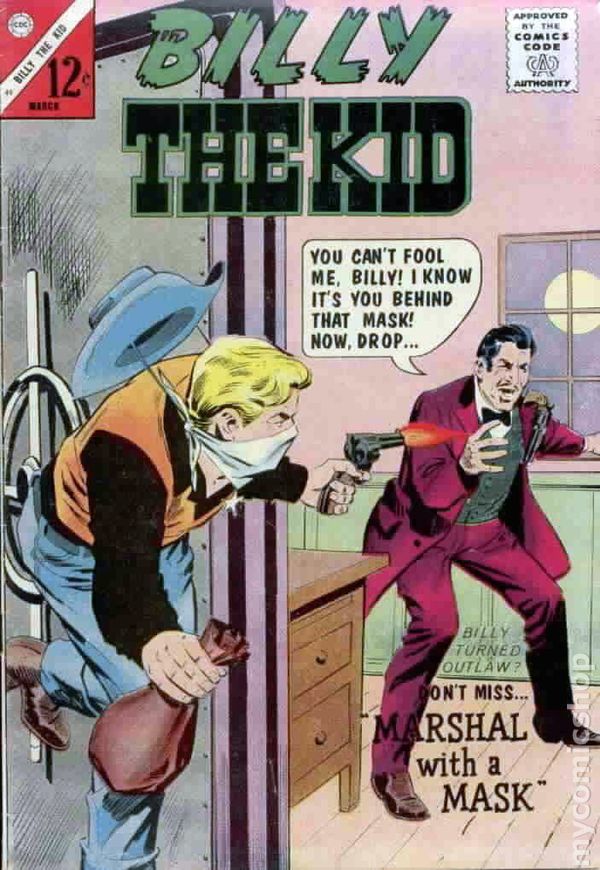 We grew up thinking those bandanna masks were not only compatible with macho masculinity but exemplified it. It was when the hero or anti-hero pulled the bandanna up over his nose that we knew the real action was about to begin.

And it wasn’t just cowboys. Miners who were trying to avoid black lung disease also masked. Miners were held up as the ultimate in masculinity. There was this commercial for Lava soap that implied if you were a real man you had coal dust beneath the epidermis and you needed to scrape it off with manly soap until your hands were raw and red, because that is what men do.

One of the surprises many boomer fans of Marvel Comics had was the way Marvel Studios and Robert Downey Jr. turned the somewhat stolid Iron Man character into one of the foremost stars of the Marvel universe. Mr. Downey played him as a reckless playboy with a streak of mannish immaturity, and the rapid development in special effects, along with the popularity of the Transformer movies, allowed Marvel Studios to make the suit he wore the height of masculine sexiness.

When costumed heroes wear masks, it is to protect their loved ones, since they incur vicious enmities in standing up to the bad guys. Protecting the weak and innocent was key to masculinity as conceived in the 1950s when I was a kid. I can’t get used to the new Trumpian “masculinity” that is based on letting the devil take the hindmost. In the sea disaster movies, they let the women and children off the ship first. Nowadays the guys want to jump into the life boats and leave the women and children to fend for themselves. That’s what refusing to wear a mask amounts to.

Here’s something on bandannas just for fun: