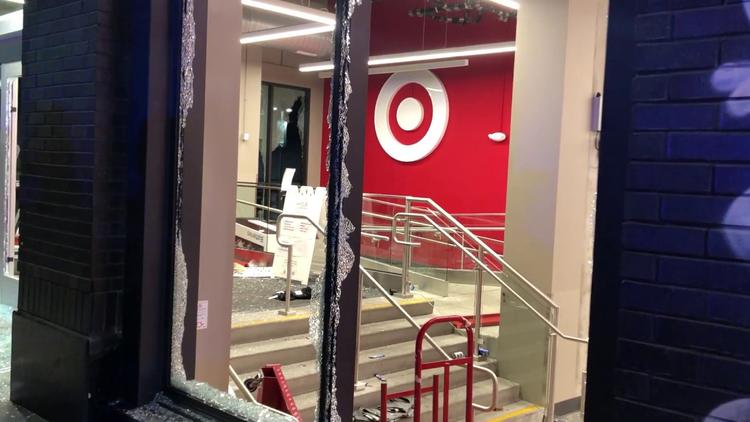 Oakland, Ca. (Special to Informed Comment) – There is nothing like another outrageous tragedy to compound the initial tragedy. This is NOT to diminish the outrage that sparked these nationwide urban riots. George Floyd was not only murdered, but lynched and tortured for suspicion of passing a phony $20, and being black. We’ve all seen the sickening videos of this man’s brutal detention and murder. Anger and rage are great motivators, and generate a lot of energy. That’s what’s happening.

Most, many and almost all of the protesters were peaceful, loving, caring people infuriated by what we saw on the videos. The Oakland demos were a “family atmosphere” event for most of the day, reports say. It was relatively quiet in Oakland Thursday night – TOO quiet, as fires, looting and vandalism raged in Minneapolis and Louisville, among other cities. I knew we were due – Oakland looters, saboteurs and anarchists would never be outdone by what happened elsewhere. And they wielded major destruction on Friday night, destroying corporate AND family, minority-owned businesses.

More regrettably, other cities are following that example. John Lee Hooker’s “Motor City’s Burning” isn’t local anymore. People are damaging their communities in retaliation for something the small-biz owners had nothing to do with, AND who often sympathize with the protesters. This reflects the arrogant, self-righteous narcissism that has looters, anti-social anarchists, and Trumpian Republicans abetting their mutual goal of ending government as we know it

After midnight they were still looting and vandalizing businesses in Downtown Oakland, and car dealerships on Auto Row-Broadway St. They totally destroyed a new Target store that will not reopen today or maybe ever – the outgoing voice mail said, “This store is now closed.” There’s a Sprouts nearby where I shopped yesterday. All that is a little over a mile from my house. Fires smoldered inside the Walgreens at 14th and Broadway (the epicenter of all major demos in Oakland), and other places. Some were dumpsters, others were businesses, family-owned and corporate. It’s maniacal and tragic. I was really angry that a neighborhood food store was closed early Friday when I got there at 6:30. Now I understand why. Sorry I called to complain.

Two Federal protective service officers were shot by assailants who pulled up in a car next to them at Oakland Down Town Federal Building. One died. This is not all right, and that dead man deserves tears, too. Who knows what the agenda was here, or who the perpetrators were?

It may be, as the Rev. Martin Luther King, Jr., said, that a “riot is the language of the unheard.” But burning down your own community only silences you further. That’s just the depth of self-destructive stupidity. Many people already struggling suddenly don’t have jobs, and some businesses BARELY surviving the pandemic are now bankrupt!

Oakland cops were restrained to a remarkable degree early in the evening, until someone threw a Cherry Bomb or worse into their formation. Tear gas was fired, the perpetrator was quickly tackled and arrested, and it went downhill from there at 7th and Broadway near Oakland Police HQ. When I went to bed, there were still copters buzzing overhead, but it was too late to tune back in. I needed to decompress from the overload. This was compelling like the OJ Bronco Chase, but I knew that riots were “scheduled” in Oakland for Friday night so I stayed in, and watched them on TV. The Revolution IS being televised, with all due respect to the great Gil Scott-Heron.

In order truly to gain justice for George Floyd and other victims of police brutality, and for African-Americans, who have been economically marginalized in a way few whites can comprehend, America needs a movement, not a riot.

*With All Due Respect to Gil Scott-Heron.