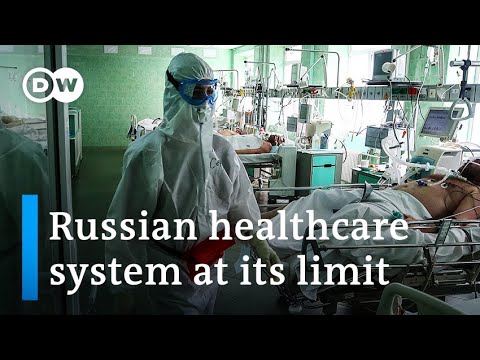 Belgrade (Special to Informed Comment) – The COVID-19 pandemic has already opened the gates for a huge global economic crisis. Russia will not be spared, and its economy is expected to suffer at least until the world oil market stabilizes. How will that affect Vladimir Putin’s popularity?

The geographically largest country in the world already faces economic, political and social problems that seem far worse than any Russia has experienced since Putin came to power 20 years ago. According to the Levada Center poll published in September 2019, 53 percent of young Russians want to leave the country. In addition, due to the coronavirus crisis, officials anticipate the loss of as many as eight million jobs. In spite of that, President Vladimir Putin still has high approval ratings, but in the coming months his popularity may start declining.

Recently, hundreds of people protested against regional authorities in southern Russia’s city of Vladikavkaz resulting in riot police violently dispersing the crowd and detaining dozens of people. They protested over what they said were restrictive and unnecessary coronavirus measures as the lockdown in the Russian Federation has caused much suffering and already has severe consequences on economy. In spite of that, the authorities are so far determined not to provide the so called helicopter money to Russian population. According to the head of the Central Bank Elvira Nabiullina and the state-owned Sberbank CEO Herman Gref, Russia, unlike the United States and some European countries, has no possibility to distribute funds to all of Russians, but the state will apparently help several of the most affected sectors.

“We don’t have such a market source of money like the USA and EU do. If the United States of America can afford to issue $3 trillion of debt quickly, place them in the market among the world’s investors and use them in their economy, we have limitations on this”, Gref said.

The Russian economy heavily depends on global oil and natural gas prices. Reportedly, two-thirds of Russia’s export earnings and 40 percent of its budget revenue is generated by oil sales. If oil prices do not recover soon, analysts warn, even countries with strong central governments risk destabilization. Russia is certainly one of them. Russian Ministry of Finance announced earlier this year that Russia’s finances can withstand prices as low as $25 a barrel for up to 10 years. However, some analysts suspect that this is an over-optimistic assessment and that while the country’s foreign currency reserves of $570 billion could provide a cushion, it can only do so for so long. In the long term, Russia could go through a crisis that reminds of the period after the breakup of the Soviet Union, which some authors call “the wild 1990s”.

During the Boris Yeltsin era in the 1990s, the price of oil varied between $17 and $24 a barrel. After Vladimir Putin came to power in 1999, the price of crude started to grow. Ten years later it was $61, and in 2013 the average oil price was $97. High prices of oil and natural gas are the key components of the so-called Putin’s economic miracle. Since it is unlikely that oil prices will get back to the pre-coronavirus level any time soon, Russia will have to cope with a lower income and constrained budgets, which could damage Putin’s popularity.

The opposition in Russia barely exists, and is not a serious threat to the Kremlin. If someone is to replace Putin, it is very likely to be a figure from his inner circle of collaborators, rather than Alexei Navalny, or any other liberal, Western-backed politician. It is worth noting that, during the COVID-19 pandemic, Putin has rarely appeared on television. Instead, Moscow Mayor Sergey Sobyanin has become the most prominent Russian official. In spite of the draconian lockdown measures he imposed in the Russian capital, some Western mainstream media tend to portray the Putin’s ally as a relatively positive character, which is why some analysts argue that Sobyanin is seen as Putin’s successor.

Vladmir Putin had to cancel a referendum on constitutional amendments that would allow him to stay in power until 2036, as the coronavirus spread all over Russia. It remains to be seen if Russian leader still has plans to run the country, or if he will eventually step down the same way Boris Yeltsin did on December 31 1999. If that happens, Putin’s successor will get a devastated economy, although the country’s geopolitical position might be better than it was when Putin came to power. Russia’s chance lies in the US – China trade war and political conflict. Putin, Sobyanin, or whoever runs the Kremlin in the post-corona world, will unlikely directly side either with Washington or with Beijing, but will try to balance between the two major powers. Such a position may give the Kremlin an opportunity to recover Russian economy, although in any case oligarchs and members of the security apparatus will keep playing key roles in Russian politics.