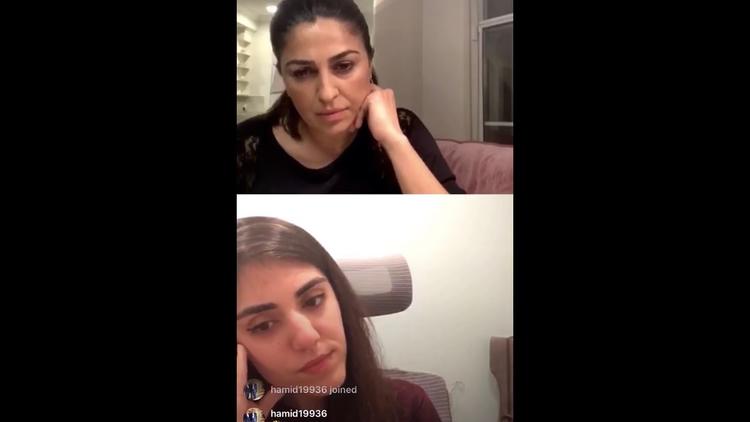 Sirous Asgari was shuttled across the country by ICE in mid-March, then held in a Louisiana prison with dozens of other men. All along, he pleaded to be released.

(ProPublica) – As the coronavirus spread this spring, Immigration and Customs Enforcement officials shuttled Sirous Asgari between detention sites and eventually housed him in a central Louisiana prison, where he recently tested positive for the virus. Now, a federal magistrate judge has recommended that he be kept behind bars because he has already contracted the illness.

Asgari, 59, has a history of lung disease and pneumonia, factors that put him at higher risk of serious complications. ICE intends to deport him to Iran but has been unable to do so because of international travel complications from the pandemic. Asgari and 15 other immigration detainees filed a suit in Louisiana last month asking for their release because their medical conditions make them more vulnerable to the virus.

“It’s not fair to me, because I am in a place that I have always warned is not safe, is not clean and is not prepared to take care of emergencies like this,” said Asgari in a phone call from the prison on Friday, during which he battled coughing bouts. “With my own respiratory problems, I expected the judge to be more sympathetic towards me.”

On Thursday, the Louisiana federal magistrate judge overseeing the case, Joseph Perez-Montes, recommended that 13 of the detainees be released, but he said that Asgari and another detainee should remain in ICE custody. In Asgari’s case, Perez-Montes said he was not convinced the detainee’s release “would not endanger the public and would necessarily improve his medical condition.”

Though Asgari’s attorneys argued that ICE’s medical care for detainees is deficient and dangerous, Perez-Montes cited the fact that he was “under medical supervision in a negative pressure isolation unit” and said there was no specific information as to his “actual treatment” at the prison.

Asgari’s attorneys have until Monday to file objections before the case will be reviewed by U.S. District Judge Dee Drell, who will give the order in the case. One of Asgari’s attorneys, Matthew Vogel, said they will file a fuller description of the conditions Asgari is being held in.

Asgari has been held at the Winn Correctional Center in central Louisiana for more than a month, and he was moved there by ICE after crisscrossing the country on ICE charter flights in mid-March.

He said he has been moved out of the isolation unit and is now being held in a pod with other detainees infected with the virus. He said the care provided to him and other detainees at Winn is limited to regular visits from nurses who check their vital signs and give them medication. On Friday morning, the nurse didn’t check his vital signs, he said.

“With the number growing, I believe they are not able to provide enough care to people,” Asgari said. “It’s not capable. I don’t know what they’re doing.”

“Comprehensive medical care is provided to all individuals in ICE custody, to include 24-hour emergency care and care via third-party private medical facilities if necessary,” Cox said. He also pointed to previous ICE statements that its facilities have enough sanitary products to guard against the virus.

Asgari’s journey through the U.S. criminal justice and immigration systems stretches back three years. A materials science and engineering professor in his native Iran, Asgari was arrested in 2017 when he flew to the United States on a visitor visa to see his children, and he was charged with divulging trade secrets. After a lengthy legal battle, he was acquitted on those charges in November but was promptly arrested by ICE agents to be deported.

But ICE’s plans to deport him in March and April were stymied by the disruption of international flights due to the pandemic. Instead, throughout mid-March ICE put Asgari on flight after flight and forced him to crisscross the country, even as the Trump administration urged Americans to avoid nonessential travel.

Court documents state that 44 men detained at Winn were given access to a single shower and two unenclosed toilets and rusted metal beds spaced less than two feet apart.

“Cleaning is done by the detained men, with some bleach made available but no masks or other protection,” said the petition filed by Asgari’s attorneys last month.

After falling ill late last week, Asgari was tested for the virus over the weekend, and the test came back positive, government lawyers told his attorneys on Tuesday.

Seven detainees at Winn have contracted the coronavirus, according to statistics published by ICE on Thursday. A day earlier, ICE had acknowledged two cases among detainees there. As of April 21, according to court documents, there were 795 ICE detainees housed at the prison.

Immigrant advocates have called for ICE to release people in its custody because of the risk the virus presents to incarcerated people. As of April 25, ICE was holding fewer than 30,000 people, a more than 20% decrease since late February, according to figures from Cox.

Of the 1,030 detainees ICE has tested for COVID-19, 490 have tested positive, according to agency figures. The number of people tested is a small fraction of the people currently in ICE custody. Given how easily the coronavirus spreads from person to person, and the cramped quarters in some detention facilities, the number of infected detainees is likely to be far higher than known.

ICE’s practice of transferring detainees between facilities across the country — something it has done based on availability of beds, or to move detainees closer to deportation hubs — also appears to have contributed to the spread of the virus within its facilities. On Wednesday, BuzzFeed News reported that of 72 ICE detainees moved from jails in New York and Pennsylvania to Texas, nearly two dozen have tested positive for COVID-19.

Cox denied that movement of detainees is contributing to infection.

“Movement of some detainees is a portion of the agency’s extensive efforts to stem the potential spread of COVID-19 by cohorting potentially exposed persons,” he said.