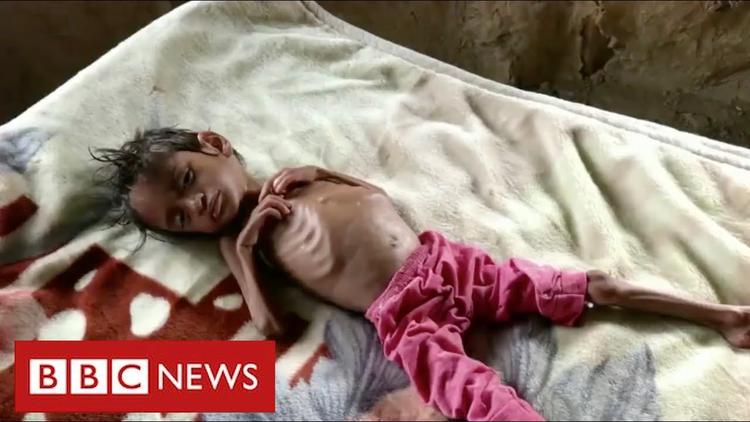 Ann Arbor (Informed Comment) – The war on Yemen begun in 2015 by Saudi Arabia and the United Arab Emirates has been a failure militarily and a vast drain on resources that, in the age of Covid-19, neither country can any longer afford.

Not only has the war been Saudi Arabia’s Vietnam, it has inflicted untold human damage on Yemenis. UNICEF has a new report out warning that millions of Yemeni children are on the brink of starvation. 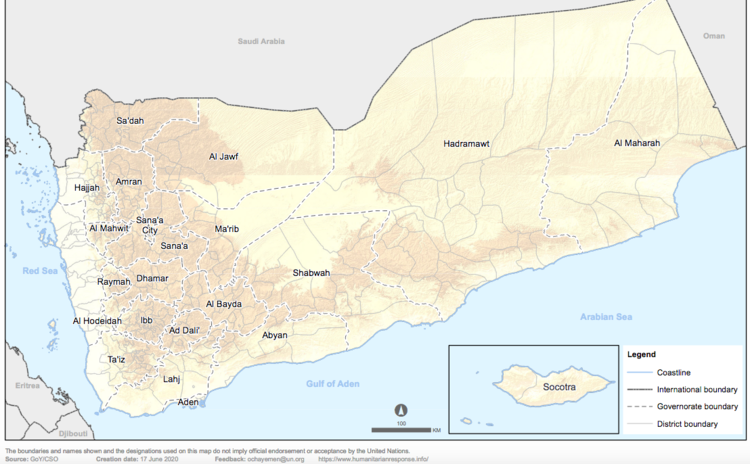 The novel coronavirus has put the population of Yemen in extra danger and has preoccupied donors and aid agencies such that Yemen is increasingly on its own even as the war rages.

1. One child dies every ten minutes from a preventable disease.

2. Four in five Yemeni children, 12.3 million (the entire population of Illinois) are in desperate need of aid.

3. Over 1.7 million children (the entire population of West Virginia) have been forced from their homes and into camps or hovels, where they have been at special risk of cholera and other disease.

4. Some 10.2 million children (the entire population of North Carolina) do not have access to basic healthcare.

5. Some 2 million children (the entire population of New Mexico) under the age of 5 suffer from malnutrition.

7. Almost half (45%) of children under 5 are stunted, which means that malnutrition has left them small for their age and damaged their cognitive development.

8. Some 1.2 million pregnant or breastfeeding mothers (the population of Maine) suffer from acute malnutrition, such that their health and the health of their children is seriously endangered.

9. Only 1/2 half of health facilities are operational but even those suffer from severe shortages of medicine, equipment and personnel (some of which haven’t been paid for years or are getting a pittance).

10. Nearly 10 million children (the population of Michigan) do not have access to safe drinking water.

11. You know how Dr. Fauci keeps telling us to wash our hands with warm soap and water to fight the coronavirus? Uh, 3/4s of Yemeni households cannot afford soap.

Amid all this, the coronavirus has plunged the world into a deep recession. Reuters reports that Yemeni workers abroad who used to send remittances have lost their jobs and no longer can. Countries and organizations have cut back aid. Since 80% of Yemenis depend on foreign aid, that is bad news. The Yemeni currency is rapidly sinking against the dollar, which makes imported food unaffordable, and a lot of food is imported.

The Western journalistic narrative, promoted by Riyadh and Washington, that the Saudi-UAE war on Yemen is defensive move against expanding Iranian influence is tragically mistaken. The Houthis who took over northern Yemen in 2014-15 are an indigenous Arab movement of the Zaydi branch of Shiite Islam, making up a third of the country. Iran after the fact gave them a few million dollars in aid, but most of their weapons are American, from Yemeni Army stockpiles. Zaydis do not have ayatollahs and practice a completely different form of Shiism than Iran. The Houthis or Helpers of God rebelled against Saudi Wahhabi influence in Yemen. This is a local war, and to some extent a regional war. Iran does not play a significant role in it, and the Saudis want to crush the Houthis because they are uppity local populist Arabs whose defiance cannot be tolerated, not because they are cat’s paws of Iran.

Your congressional representative or senator should hear about what you think of the Trump administration’s active support for the war on Yemen, which continues despite repeated announcements of ceasefires. The US sold the Saudis and the UAE the weapons dropped on Yemen (1/3 of the targets have been civilian) and provided them with logistical help and advice on strategic targeting.