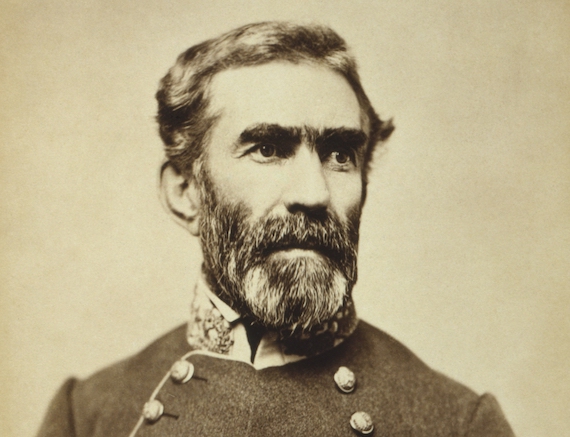 Ann Arbor (Informed Comment) – Responding to the Black Lives Matter protests that have sent people to the streets since the killing of George Floyd, the US military was on the verge of changing the names of the US military bases named for Confederate generals when the odious Trump intervened to stop it. African-Americans make up about 17 percent of active-duty military personnel, and it is asking a lot of them to make them serve on bases named for slaveholders.

I should declare my interest. In 1959-1961 my father, who was in the Signal Corps, was stationed at an annex of Fort Bragg at Fuquay Springs, NC, where I spent some of my childhood. It was a thrill for me to be called there once for consultations on fighting al-Qaeda. And, I love North Carolina. But the name of the base, Ft. Bragg, sticks in my craw as a historian and here is why:

1. Braxton Bragg’s father was a racist murderer. He actually went to jail for having taken the life of a freed slave. You could say we can’t blame Braxton for his father’s sins, except that Braxton went on to be a plantation slave owner himself and showed no evidence of disapproving of what his father had done.

2. Braxton Bragg (1817-1876) was the worst general to command men in the Civil War. He lost almost all of his campaigns and was relieved of battlefield command by Jefferson Davis. “Malign and detested,” according to historians, his association with the Army of Tennessee gave it a bad name! Quite apart from the little matter of treason, it is embarrassing to have an important base named for a major screw-up.

3. Bragg did, early in life, serve with distinction in an American campaign, the Mexican-American War. But that conflict was a detestable colonial war of naked aggression and should be disqualifying in itself.

“Between the Mexican War and the Civil War, Braxton Bragg lived the life of a genteel planter on a sugar cane plantation in Louisiana where slaves put in back-breaking labor in unspeakable conditions to bring molasses to market and earn Bragg a profit. He met any Northern criticism of slavery with harsh criticism. After Lincoln’s election in 1860 he was a proponent of Southern secession.”

Braxton owned over a 100 human beings in Louisiana. Sugar cane plantations were notorious for working their slaves into an early grave. His was one of only 2,300 plantations large enough to have more than 100 slaves.

A biographer, Samuel J. Martin, quoted Bragg as saying of his plantation (which, remember was organized wage theft on a large scale), “Every plantation is a small military establishment. I don’t mean the old fogy notion of white belts, stiff leather stocks, and palms of the hands to the front, but discipline, by which we [gain] regulatory methods, economy of time, labor, material.” Bragg, the biographer says, treated his slaves as he had his troops so as to achieve “more profit and pleasure to the master.” I think I just threw up in my mouth a little.

Here is a document having to do with his ownership of his fellow human beings, as though they were so many sticks of furniture. In this one, he not only stole their labor and made them work for free, he actually rented them out, as though they were a spare bedroom, taking the payment for their work:

5. Bragg did win just one important battle, at Chickamauga in Georgia, where his forces killed 1,657 Federal troops and wounded 9,756. Americans will never forgive Usama Bin Laden for killing nearly 3,000 Americans on 9/11. But Bragg killed many more than that in his various campaigns, in the course of losing all but one of them. You might as well name Ft. Bragg Ft. Bin Laden. After all, Bin Laden had been a US ally in the 1980s in the Reagan jihad against the Soviet occupation of Afghanistan, just as Bragg had fought in the Mexican-American War. If you could forgive the one, why not the other? Both just took a wrong turn later in life, right?