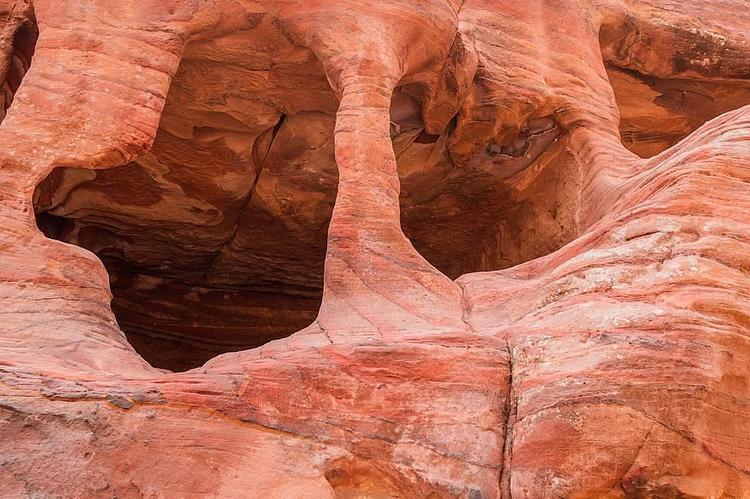 Ann Arbor (Informed Comment) – The Qur’an (sometimes spelled Koran), is one of great books in world history. Only a handful of works have been nearly so influential and widely read. The Bible, Homer’s Iliad and Odyssey, the Analects of Confucius, and the Buddha’s Sutras are among the few books that rival it in that regard, just by the numbers. And they are all much older (the Qur’an was first recited by the Prophet Muhammad from 610 to 632 AD in Western Arabia, hundreds of miles south of what is today Jordan).

I find its attitude to what we would now call “race” fascinating, because on several occasions it speaks positively of the differences of skin color as signs of the beauty of God’s creation.

Let’s begin with two verses from Chapter 30 of the Qur’an, “Rome,” which says

21 “Among His signs are that He fashioned mates for you from yourselves so that you may find tranquility in them, and He created between you love and compassion. In that are signs for a people who reflect.

22 Among His signs are the creation of the heavens and the earth, and the diversity of your languages and complexions. In that are signs for those who know.”

So this is a list of the good things God has created for human beings. It is a long list, but I’m just quoting two verses. The first celebrates marriage and the love of a wife and husband. The second begins by pointing to how beautiful the sky is, and all the good things that come from the earth. But then it abruptly mentions as “signs” i.e. miracles of God the diversity of human languages and skin color. All the signs mentioned in this passage are positive things.

The Qur’an is saying that some people being Black while others are brown or fair is a miracle, and a good thing, a miracle of God. We should, it says, value that diversity and its beauty. Likewise with the various beautiful languages people speak.

This principle becomes even clearer in another passage, in Chapter 35, “The Creator” (al-Fatir)

27 “Have you not seen how God sends down rains from the heavens? “Then We produced thereby multi-colored fruit. And in the mountains are veins of white and red of various hues, along with black basalt.”

28 And among the people and animals and livestock are also a range of colors. Only the learned among His servants fear God. God is Almighty, Forgiving.”

So this is another celebration of the good things God has created for us. He sends rain, the text says, which allows fruit to grow, of a variety of colors. That the fruit is multi-colored is a good thing, like the rain itself, and is beautiful. 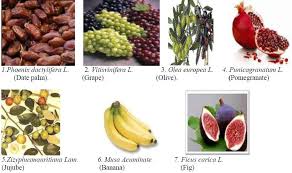 Fruits mentioned in the Qur’an .

Then the passage goes on to speak of the beauty of mountainsides, which show red and white layering and black basalt. In western Arabia and up into Transjordan there are a lot of sandstone hills, and past volcanic activity had produced black mountains as well. In Petra, in Jordan, people carved into them to make buildings:

But not only is a variety of colorful fruits beautiful, and not only are the colors in a mountainside beautiful, but so too is the “range of colors” in animals and in human beings. And this variety in skin tones is mentioned as one of the signs or miracles of God for which people should be thankful.

A gathering of differently-colored human beings is therefore sort of like a lovely still life painting of a fruit bowl, a sign of God’s creativity.

Then we come to the Chapter of the Chambers, 49.

13 “People, we have created you male and female and made you nations and tribes so that you may come to know one another. The noblest of you in the sight of God is the most pious of you. God is knowing and aware.”

Here we are not simply called on to marvel at God’s signs in the creation but to learn something from it. The differences between the sexes and among various peoples are there not only because they are inherently beautiful but so that we can be enriched. The Qur’an is saying that men have things to learn from women and that a pious woman is more noble than an elite male who is a sinner. But likewise people of various ethnicities are to learn from one another and to measure themselves not by nation but by how good a human being they are.

Another passage from The Chambers (49) addresses the pathologies name-calling and bigotry:

The Chambers 49:11–12:
“Believers, let not one people ridicule another, for the latter may be better than they; nor should women ridicule other women, for the latter may be better than they. Do not insult each other, or call each other names. A depraved epithet is a miserable thing after faith. Whoever will not repent, those are wrongdoers. Believers, avoid too much suspicion, for some suspicion is sin. Do not spy on others nor should some of you backbite others. Would any of you like to eat the flesh of your dead brethren? Fear God, for God is forgiving and merciful.”

People of faith, the passage says, don’t engage in name-calling with regard to other groups. Backbiting and slandering other people is not only wrong, it is likened to a sort of spiritual cannibalism. When you take away someone’s self-esteem, it is like eating their body parts.

I wrote about some of these passages in my recent book

Muhammad: Prophet of Peace amid the Clash of Empires,

These sentiments are not unprecedented in world scriptures. In the New Testament, Paul’s epistle to the Colossians, 3:11, says “In that renewal there is no longer Greek and Jew, circumcised and uncircumcised, barbarian, Scythian, slave and free; but Christ is all and in all!” He doesn’t explicitly mention skin color, but it is pretty clear he thinks such differences should not matter to the fellowship of Christians (and he was angry when Peter treated Greek Christians differently than Jewish ones).

And the book of Isaiah in the Hebrew Bible says (Isaiah 2:3-4)

Many peoples shall come and say,
“Come, let us go up to the mountain of the Lord,
to the house of the God of Jacob;
that he may teach us his ways
and that we may walk in his paths.”
For out of Zion shall go forth instruction,
and the word of the Lord from Jerusalem.
4
He shall judge between the nations,
and shall arbitrate for many peoples;
they shall beat their swords into plowshares,
and their spears into pruning hooks;
nation shall not lift up sword against nation,
neither shall they learn war any more.

The long competition for souls between the missionary religions of Christianity and Islam, geopolitical struggles like the Crusades or the Ottoman Wars, the age of colonialism in which European Christians ruled hundreds of millions of Muslims, and the recent outbreak of strains of Muslim radicalism and the Bush war of aggression on Iraq — all these historical events have given the Qur’an a bad name in the Christian-heritage world. The book is also astonishingly badly translated across the board, which puts off readers.

Alas, people aren’t very good at actually implementing their scripture. Most white Christians haven’t behaved as though they actually believe in Colossians 3. And there is a race problem among Muslims. But ideals aren’t there because we already have attained them or because they are second nature or easy. The world scriptures teach ideals as values we have to discipline ourselves into, as stars for which we have to keep reaching.