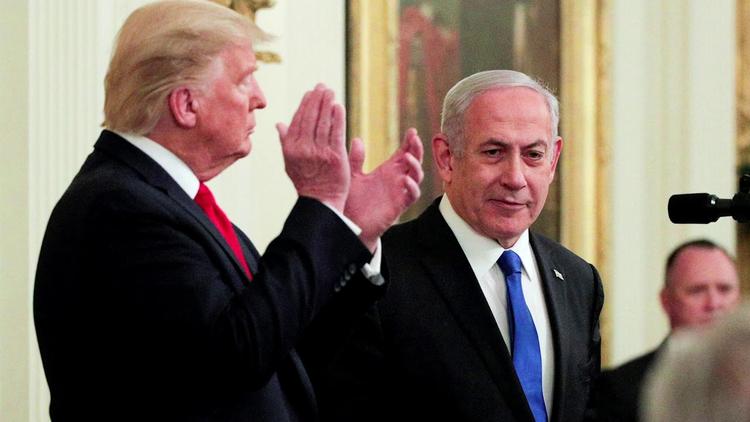 July 1st came and went and Netanyahu made no formal statement regarding annexation. That left many journalists, politicians, activists, and others feeling abandoned to speculation. Declarations of support or opposition went forward accompanied by an air of uncertainty and the frustration of trying to second guess the objectives of those whose actions would determine the coming months.

Palestinians living in the occupied territories slated for absorption would have scoffed cynically at those seeking to imagine how this might affect their daily routines as well as the dynamics of regional politics. Israel’s purported intention is to annex 30% of the West Bank where Jewish population density and “security” considerations make this a “natural” consequence of the decades’ long illegal settlement strategy and a “necessity” for the “survival” of the geographically “besieged” Jewish State.

Muhammad, a young man from Hebron who gives virtual tours of Palestine, showed his viewers a debris-strewn street where hostilities had broken out a day earlier over the proposed annexation. His explanation for the urgency of these protests adds a layer of irony to the grim reality of occupied life. Israel retains ultimate control over the land and lives of the Palestinians living here after all. The Palestinian Authority (PA) is its willing subcontractor. It serves primarily as a buffer between the commands of its overlord and the will of its people. “We have to make it clear that annexation is illegal,” Muhammad says in earnest, though he understands – and his work underscores this – the critical value of US public opinion.

The Master’s voice will become louder and clearer with official annexation. Most Palestinians recognize this instinctively. Those who will be living peacefully within the latest official state boundaries will awaken to find the question of their residency looming ever nearer, a matter of whim; a gamble the state might act upon with relatively little risk based on the world’s record of indifference.

With or without a declaration of intent, annexation creeps over the lives of these people hour by hour. Across 43 villages, approximately 107,000 people – who will, in all likelihood, still be nominal subjects of the PA—will conceivably face another Nakba, this one orchestrated in silence and with discretion, aimed at fulfilling the Zionist myth of a “land without a people.”

A rise in the rate of Israeli abuses has already signaled the changes to come. In the Jordan Valley, for example, more land has been expropriated, more homes have been destroyed, more property damaged, and more olive trees uprooted, than has happened for some time. On June 8, a report noted that Israel has started implementing annexation plans by “sending electricity bills directly to municipal councils…and removing signs” that designated certain areas as Palestinian. A violent military campaign launched on June 1st “targeted water networks, confiscated equipment and destroyed and confiscated 15 vegetable stalls in Bardala in the northern Jordan Valley. It also destroyed 800 meters of water lines that supply water to citizens.”

…[P]olice notified several Bardala and Ain al-Baida inhabitants in the Jordan Valley on June 2nd to settle their legal situation as they would soon be under Israeli laws. Israeli authorities also removed banners they had set up at the entrances of some villages… or at the military Tayasir checkpoint that warned settlers not to enter because they were Palestinian areas. In a first of its kind incident, the Israeli Civil Administration delivered to some village councils in the Jordan Valley direct financial requests to increase the electric current feeding the village. [https://www.al-monitor.com/pulse/originals/2020/06/israel-annexation-west-bank-jordan-valley-palestinians.html; Ahmad Melhem; June 8, 2020]

Israeli journalist Gideon Levy documented the expulsion of a Bedouin family from its home behind the Greek Orthodox Monastery of Saint Gerasimos in the Jordan Valley. Abu Dahuq’s is not the first or only Bedouin family to suffer this fate. Residents of the now infamous Khan al-Ahmar community “have been living with the pervasive fear of demolition and expulsion for several years.” Its fate won enough media attention to become an issue in recent Israeli elections.

Abu Dahuq’s family lived relatively undisturbed for 17 years, Levy tells us. Then, at the beginning of June, Israeli troops demolished and confiscated all of Abu Dahuq’s possessions. “They took the water containers, his six coolers, the solar panels and the canvas that had covered the shacks. The rest was bulldozed. The heaps of ruins tell the whole story: Tin walls with insulation material in them, a crushed children’s bike, a torn painting, pipes rolling about, and so on.” Abu Dahuq was told to move to (Palestinian controlled) Area A from (Israeli controlled) Area C, but he claims there is no space there for him to live. His saga of arbitrary expulsion from territory Israel intends formally to annex would almost certainly have gone unnoticed without Levy’s article. (Gideon Levy; https://www.haaretz.com/israel-news/.premium.MAGAZINE-for-17-years-they-lived-behind-a-jordan-valley-monastery-then-israeli-abuse-began-1.8984348)

Why provoke a media and political relations’ storm by making public the controversial West Bank annexation plan when that process can be carried forward in a gradual, step by step manner, ‘in the dark’, far from the damning eye of international condemnation? Netanyahu could still, for whatever reasons, decide it is in his interest to create another political firestorm. It might, however, be more politically expedient to keep his audience guessing as facts on the ground roll forward like tank treads. Greater Israel has come a long way over the decades using this very technique. Like the proverbial frog in its pot on the stove, by the time the water is boiling it’ll be too late to hop out.

When God forges the destiny of a devout people, it is carried forth with zeal. Whether that god is a secular or religious deity, fervent believers will remove the obstacles impeding their progress even if they are people. They will be conveniently demoted from “human” to something like “merciless Indian savages” (US Declaration of Independence) those relics of the unsaved world who threatened to block the advance of civilization across the North American continent.

Palestinians may yet prove fortunate that their history is unfolding on such a public stage and under the often unblinking eyes of media and video surveillance. Native Americans had no such luck, a fact that cost them approximately one hundred million lives over a period of 400 years. The United States bloomed out of the bloody ground of genocide. Greater Israel has had to find more creative ways to eliminate a people without their collective physical death.

In 1845, calling for the annexation of Texas, a little known American columnist –John O’Sullivan—coined the phrase, “manifest destiny” giving voice to the subconscious shared belief that the white pioneers of America had a divine mission to colonize, civilize, and create a new world, “…to possess the whole of the continent which Providence has given us for the development of the great experiment of liberty and federated self-government entrusted to us.”

Israel’s manifest destiny derives both from a biblical and modern belief that the land of Zion belongs to the Jews. In its current incarnation, such a destiny contains within itself the insidious notion of organic and exclusive nationhood; the idea that only those bound by blood and a historic, quasi-religious bond to the land of their alleged origin can ever be a part of this whole. Contemporary Zionism absorbed the toxic nationalist beliefs of 19th and 20th century Europe and has applied them mercilessly in its quest for political and territorial supremacy.

This has not stopped people such as outgoing Israeli Ambassador to the United Nations, Danny Danon, from resorting to the Bible alone to justify Israel’s actions. According to him, “You cannot annex something that belongs to you” referring to the West Bank – or Judea and Samaria – bequeathed in the Bible by God to the Jewish People.

When Israel passed the Nation State Law of July 2018 it reinforced the defining principles of modern Zionism. These were not novel ideas; they were the codification of the national chauvinist beliefs at the core of its existence. Jews alone have the right to self-determination within the deliberately unspecified boundaries of the state, one of whose primary objectives is Jewish settlement of the land. Hebrew alone must be the official language. ‘Natural’, ‘religious’, and ‘historic’ qualifications promote Jewish status only and make expansion a national value.

The slated annexation of 30% of the West Bank will take place whether or not it is formally announced. It is taking place as I write. Equally so, it is neither the final nor the most serious step in the process of expansion that has defined Israel’s behavior since its creation.

On a sultry midsummer evening in August 1968 then Israeli Defense Minister Moshe Dayan told a group of kibbutzniks gathered around him that it was Israel’s fate “to live in a permanent state of fighting against the Arabs.” His words reflected the times he was living in, the post-1967 euphoria and confidence of the young Jewish State that had, in six days, crushed the combined forces of Arab nationalism as they attacked from Syria, Jordan, and Egypt. The 3-year-old Palestinian Liberation Organization (PLO) had barely begun its struggle to liberate Palestine; the nascent Palestinian National Movement scarcely underway.

Israel’s advance across the region, territorially and politically, represents an extension of American manifest destiny and its complement within Zionism. Dayan outlined Israel’s path to his listeners in his famous speech, “We Are Fated”:

“For the hundred years of the Return to Zion we are working for two things: the building of the land and the building of the people. That is a process of expansion, of more Jews and more settlement. That is a process that has not reached the end. …It is not your duty to reach the end. Your duty is to add your layer to expand the settlement to the best of your ability, during your lifetime… [and] not to say: this is the end, up to here, we have finished.” – (Uri Avnery; https://www.counterpunch.org/2008/04/15/manifest-destiny-and-israel/)

The process of settling the land and creating a Jewish nation is one that must never cease. To determine the final borders of the state would be sacrilegious; a sin against Israel’s destiny; its will to expand. “Before [the Palestinians’] very eyes we are possessing the land and the villages where they and their ancestors have lived,” Dayan explained. “We are a generation of settlers, and without the settle helmet and the gun barrel, we shall not be able to plant a tree or build a house.” (Uri Avnery; https://www.counterpunch.org/2008/04/15/manifest-destiny-and-israel/)

The military conquest, piecemeal annexation, killing with impunity, dispossession by decree and expulsion under Israeli law that has been underway for nearly a century, is continuing before our eyes today. There is no end in sight.

Reuters: “Living in the shadow of Israel’s annexation plans”