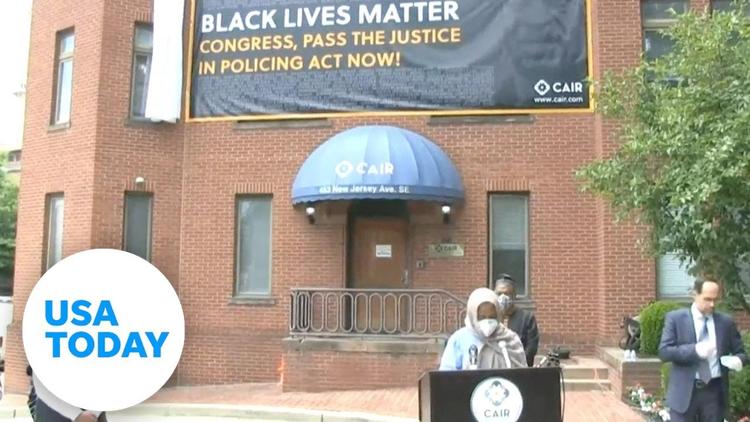 Middle East Monitor – It is common to think of Black Lives Matter as a single group when it isn’t; it is a movement. Indeed, it is a movement for Black liberation which first erupted in response to police brutality in 2014, following the killing of two African Americans: Mike Brown in Ferguson, Missouri, and Eric Garner in New York City.

The demonstrations which followed those two killings drew on the social media hashtag #BlackLivesMatter which had originated the year before, with the acquittal of George Zimmerman for the murder of Black teen Trayvon Martin in Florida.

In 2014 and 2015, Black Lives Matter became a national phenomenon in the US, with demonstrations all over the country. Solidarity protests then began to spread around the world. This global expansion has taken on a new dimension with the latest major wave of protests after the murder of George Floyd by Minneapolis police officers in May.

Black people in the centres of former European colonial powers – London, Paris and Brussels – have taken to the streets. Along with their friends and supporters, they have protested against police violence, structural racism and the legacy of imperialism.

Although Black Lives Matter is a movement rather than a single organisation, there are also specific groups which call themselves “Black Lives Matter”, or some variation thereof. This can sometimes be a little confusing.

The group called Black Lives Matter UK was launched in 2016 and first came to national attention in September of that year with the disruption of London City Airport. They tweeted that the “climate crisis is a racist crisis.” Seven out of ten of the countries most affected by climate change are in sub-Saharan Africa, the protesters pointed out.

The movement has always had a strong internationalist dimension. This is not a break with history but is very much in the tradition of the Black liberation struggle, which saw Malcolm X stand against Zionism, and Black Panther Party leaders express their solidarity with Palestinian resistance fighters.

Last weekend, BLM UK continued in this tradition by posting a series of tweets condemning the Israeli annexation plan for the West Bank and demanding the right to criticise Zionism. “British politics is gagged of the right to critique Zionism, and Israel’s settler-colonial pursuits,” the group said.

The pro-Israel lobby then proved BLM UK’s point, by trying to gag them. They were smeared as anti-Semitic for saying that criticism of Zionism gets you smeared.

The Board of Deputies of British Jews called the tweet an “anti-Semitic trope” and attacked BLM UK as “a supposedly anti-racist organisation”. Members of the Jewish Labour Movement’s leadership smeared them as a “fake” group which was engaging in a “hurtful fantasy”.

However, in stark contrast to the cowardly backsliding of left-wing Labour Party MPs and media outriders, BLM UK did not back down in the face of such dirty slanders. Instead, the group posted a powerful tweet which included a quote from Angela Davis.

In 2016, the Movement for Black Lives in the US endorsed BDS, the movement for a boycott, divestment and sanctions against Israel. The group went even further, condemning US complicity “in the genocide taking place against the Palestinian people” and describing Israel as “an apartheid state”.

No wonder, then, that Israel and its lobby considers Black Lives Matter to be a major “strategic threat” to their apartheid regime which oppresses the Palestinians. By lashing out in such an underhanded and censorious fashion, though, Israel and the pro-Israel lobby are only making more enemies and creating more long term problems for themselves. They are sticking their fingers in the increasing number of holes in the dam. All obfuscation aside, at the end of the day, they are arguing against equality for all people in the land of Palestine, and yet still claim that Israel is a democracy.

As Ali Abunimah explained recently, “Zionism is the belief that Palestinians can and must be expelled from their homeland so that settlers can take their place. Zionism is the belief that Palestinian refugees cannot return to their homeland, to the towns and villages from which they were expelled, solely and exclusively because they’re not Jewish.”

That is why it is such an outrage when pro-Israel lobby groups like the Jewish Labour Movement want to crush all dissent when the topic under discussion is Zionism, and when despicable individuals like John Mann want any critical reference to Zionism to be “outlawed” in British political life. They do this because Zionism is indefensible on its own terms and cannot stand up under the close scrutiny of open and free debate. Its proponents are thus reverting increasingly to closing down such debate. Their efforts are underhand and distinctly undemocratic. Very much like Zionism, in fact.

Portrait of George Floyd, a 46-year-old unarmed black man who was killed after a police officer knelt on his neck for nearly nine minutes, is painted on Israel’s separation wall in the West Bank town of Bethlehem on 8 June, 2020 [Wisam Hashlamoun/Anadolu Agency]