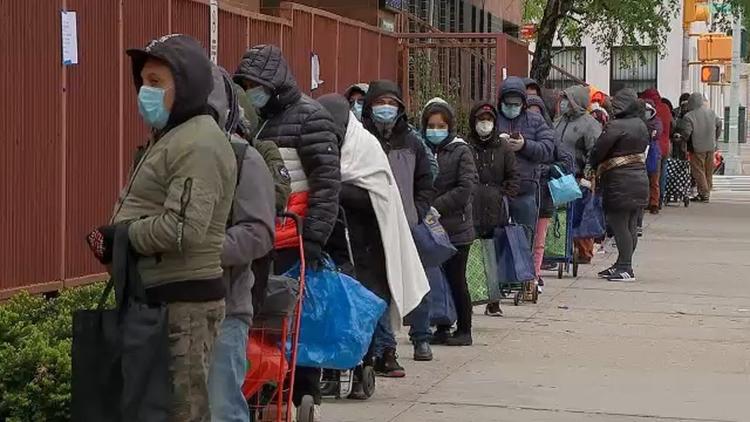 Chicago (Special to Informed Comment) – Over the past month, it has become painfully clear even to millions of people who voted for him in 2016 that Donald Trump is deeply uninterested in doing the job he was entrusted with. In the face of the worst crisis to confront human civilization in nearly a century, the President of the United States went AWOL, abandoning his citizens to the ravages of the Coronavirus while he dawdled and complained and pitied himself ceaselessly. He did what all cowards do when faced with genuine hardship and uncomfortable travails: he packed up and quit on us. The President of the United States is conducting a sit-down strike in his bedroom while the country burns, because his vindictive petulance is an inexhaustible resource and because he is incapable of admitting errors of any kind.

If you, like me, just lived through the worst, most stressful four months of your life with no salvation in sight, it is worth considering what the president was doing during this terrible time. While you were burying your parents, the President of the United States was (falsely, of course) shitposting on Twitter about a Black NASCAR driver and caterwauling about the potential renaming of the Washington Redskins and Cleveland Indians. While you were watching your toddlers around the clock for the 118th straight day or homeschooling your adolescents and simultaneously Zooming with your bosses and clients and students, the president was barking about the injustice of affixing new monikers to military bases bearing the names of traitors responsible for the deaths of hundreds of thousands of Americans.

While you were sealed in your houses dreaming about hugging your grandchildren and consumed with fear of asphyxiating to death alone in a hospital where your final moments will be overseen by some anesthesiologist you just met, the president was delivering an address from a national monument about the merciless war being waged upon us by ‘cancel culture’ on what was once a joyful national holiday.

While you were sweating through another death-and-horror filled shift at the hospital, hoping your improvised protective equipment spares you the infection murdering your patients while your spouse and kids literally hide from you, President Trump was taking meetings with Laura Ingraham and toting Sean Hannity around on Marine One and entrusting your fate to his talentless son-in-law, a little wisp of a man who seems to be everywhere and nowhere at once.

While you were walled off in your assisted living facility living joylessly in constant terror of infection, stealing precious of moments of succor with your loved ones over FaceTime, the president was gearing up his re-election campaign to protect not you and your remaining years on this Earth, but rather the honor of calcified statues of turncoats and mass murderers and the flag they designed to represent their commitment to chattel slavery, a symbol enthusiastically adopted and revered still today by millions of loathsome devotees of the Lost Cause. While you were joining millions of your fellow citizens in peacefully protesting the undeniable reality of systemic racism, the president was calling you a thug and a looter and an anarchist and an Antifa agent and not-so-quietly encouraging the police to abuse you or shoot you to death.

While you were furloughed or permanently separated from your job and picking up dreary extra work as an Instacart shopper, the president was golfing, always golfing, and when he wasn’t golfing he was musing about how a virus that has killed 33,000 Benghazis worth of your fellow citizens and is spreading exponentially across the country might just disappear of its own accord like a headache or a foul odor or the lingering memory of a bad dream. While you were putting your education and your future on hold to protect strangers you’ve never met, living the same day over and over like some unfunny episode of Russian Doll, the president was trying to force the governor of North Carolina to let thousands of unmasked Republican yahoos set off a Coronavirus grenade in downtown Charlotte so that you might be hoodwinked into thinking that everything is fine.

While you were waiting for the next round of stimulus from Congress, figuring out how not to get evicted in the middle of a pandemic, idling in the punishing heat waiting to sign up for unemployment benefits from your sclerotic state government or trapped in an endless queue waiting for food assistance, Donald Trump was trying to shutter his own Covid task force and aligning himself with Mitch McConnell’s demented refusal to do anything about any of this until Democrats agree to waive all liability for corporations and institutions who get their employees and customers and students killed.

Are you happy with how the president has spent his time during four months that felt like four years to most of us? I’m not. Donald Trump took an oath to defend the United States and faithfully execute its laws. But when a real crisis descended upon us with all of its destructive wrath, the only country that the president decided to defend was the Confederacy, which is easy for him because it no longer exists and requires no actual work. The laziest administration in the history of this country, staffed with thin-skinned mobsters and aspiring genocidaires and sniveling crooks with a well-justified sense of their own impunity, actually made a conscious decision to sacrifice as many of us as possible so that bars and restaurants and gyms and car dealerships could reopen, to offer people a simple binary: your money or your life. They have declared the pandemic over and told us that America is open for business but this happy talk is difficult to square with the ruined landscape of economic misery and death and illness that surrounds anyone who isn’t rich enough to make it all go away.

Try not to forget that when we all opened our eyes to this grueling nightmare, the president had a choice. He could fight the virus with all of the awesome powers and resources of the federal government, or he could fight Colin Kaepernick on Twitter. He could battle the plague, or he could battle governors doing their level best to safeguard their citizens and fill in the many gaps where the federal government and its coordinating mechanisms were supposed to be. He could burn the midnight Fritos devising ways to return the country to some kind of attenuated normalcy until a vaccine or silver-bullet treatment is available, or he could stay up all night insulting the former Republicans who run the Lincoln Project and huddling with his advisors to figure out a more effectively diminutive nickname for Joe Biden.

He could rise to the occasion, or he could sink further into the hateful morass of grievance and pettiness and self-interest that has characterized his adult life. He could work, even halfheartedly, for us, or he could do what he has always done with things go sideways on his watch – slink away, stiffing and hurting and sliming whoever he can on the way out the door, all the while projecting his own inadequacies and failings on the very people who are trying to clean up his mess.

The grim reality is that our ordeal will go on for months longer than it needed to because the President of the United States walked off the job and didn’t even bother giving us two weeks notice. If this is OK with you, if you still actively approve of the job that this inept megalomaniac is doing, you should just admit to yourself that you elected this guy to prosecute a culture war and to harness and channel your incoherent rage about the passing of white supremacy rather than to competently run the country. The rest of us still need a leader who won’t bail on us the second things get hard and we’re counting down the days until we can elect one.