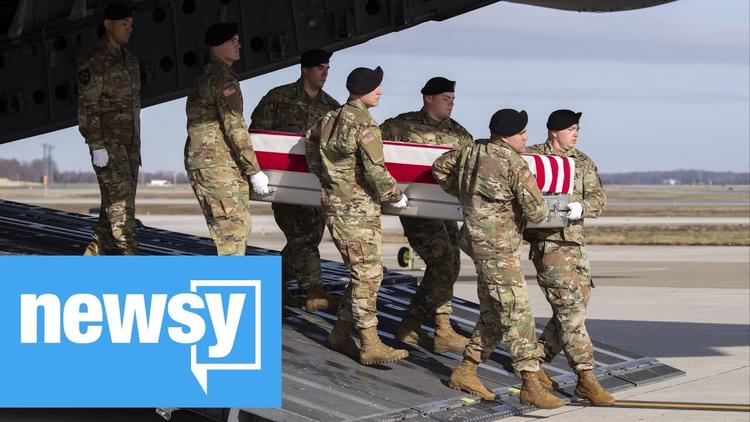 (48Hills.org ) – On June 26, in a major front page story, The New York Times wrote that Russia paid a bounty to the Taliban to kill US soldiers in Afghanistan last year. The story quickly unraveled.

While the military is investigating the allegations, Mark Miley, chair of the Joint Chiefs of Staff says there’s no proof that Russian payments led to any US deaths. The National Security Agency says it found no communications intelligence supporting the bounty claim.

Marine Gen. Kenneth F. McKenzie Jr., head of the US Central Command, says he’s not convinced that American troops died as a result of Russian bounties.

“I just didn’t find that there was a causative link there,” he tells The Washington Post.

Sina Toossi, senior research analyst at the National Iranian American Council, tells me the controversy reveals an internecine battle within the foreign policy establishment. “Many in the national security establishment in Washington are searching for reasons to keep US troops in Afghanistan,” Toossi says. “This story plays into those broader debates.”

Faced with no end to its unpopular war in Afghanistan, the Trump Administration negotiated an agreement with the Taliban in February. Washington agreed to gradually pull out troops, and the Taliban promised not to attack US personnel.

The Taliban and Afghan government are supposed to hold peace talks and release prisoners of war. The US troop withdrawal won’t be completed until May 2021, giving the administration in power the ability to renege on the deal.

Nevertheless, powerful members of the Afghan intelligence elite and some in the US national security establishment strongly object to the agreement and want to keep US troops in the country permanently.

Matthew Hoh, who worked for the State Department in Afghanistan and is now a senior fellow with the Center For International Policy, tells me that the reports of Russian bounties likely originated with the Afghanistan intelligence agency.

“The mention of Russia was a key word,” says Hoh. CIA officials fast-tracked the Afghan reports. They argued that Russia’s interference, and Trump’s failure to respond, only emboldens the Russians.

Originally, the Times claimed $500,000 in Russian bounty money was seized at the home of a Taliban operative named Rahmatullah Azizi. He turned out to be an Afghan drug smuggler who had previously worked as a contractor for Washington.

The Times later admitted that investigators “could not say for sure that it was bounty money.”

Hoh says the alleged bounties make no sense politically or militarily. Last year, he says, “The Taliban didn’t need any incentives to kill Americans.” And this year, it has stopped all attacks on US forces as part of the February agreement.

But leading Democrats ignore the unraveling of the story in a rush to attack the White House from the right. Joe Biden reached deep into his Cold War tool box to blast Trump.

“Not only has he failed to sanction or impose any kind of consequences on Russia for this egregious violation of international law, Donald Trump has continued his embarrassing campaign of deference and debasing himself before Vladimir Putin,” Biden told a town hall meeting.

While cozying up to Putin on a personal level, Trump has actually taken a harder line against Russia than his predecessors, to the detriment of people in both countries. The President canceled two arms treaties, imposed sanctions on Moscow, and sent Javelin missiles to Ukraine.

Both high-ranking Republicans and Democrats benefit politically by creating an evil Russian enemy, according to Vladimir Pozner, Putin critic and host of a popular Russian TV interview program.

The bounty accusation “keeps the myth alive of Putin and Russia being a vicious, cold-blooded enemy of the US,” Pozner tells me.

Some call it the foreign policy establishment; others say the national security state or simply the Deep State. A group of officials in the Pentagon, State Department, intelligence agencies and war industries have played an outsized role in foreign policy for decades. And it’s not out of the goodness of their hearts.

“There’s an entire infrastructure influencing policy,” says Hoh, who had an inside seat during his years with the government.

The Deep State is not monolithic, he cautions. “You won’t find a backroom with guys smoking cigars. But there is a notion of US primacy and a bent towards military intervention.”

And that’s what the current Russia-Taliban scandal is all about: An unreliable Afghan report is blown into a national controversy in hopes of forcing the White House to cancel the Afghan troop withdrawal. Demonizing Russia (along with China and Iran) also justifies revamping the US nuclear arsenal and building advanced fighter jets that can’t fly.

While the Washington elite wage internal trench warfare, the people of Afghanistan suffer. More than 100,000 Afghans have died because of the war, with 10,000 casualties each year, according to the United Nations. The Pentagon reports 2,219 US soldiers died and 20,093 were wounded in the Afghan war.

A lesser imperialist power, Russia has its own interests in Afghanistan. It has taken advantage of the US decline in the region to expand influence in Syria and Libya.

According to Pozner, Russia doesn’t favor a Taliban government in Afghanistan. The Kremlin considers the Taliban a dangerous terrorist organization. But if the Taliban comes to power, Pozner says, “Russia would like to have stable relations with them. You have to take things as they are and build as good a relationship as possible.”

Neither Russia nor any other outside power has the means or desire to control Afghanistan. At best, they hope for a stable neighbor, not one trying to spread extremism in the region.

That’s been the stated US goal for years. Ironically, it can’t be achieved until US troops withdraw.