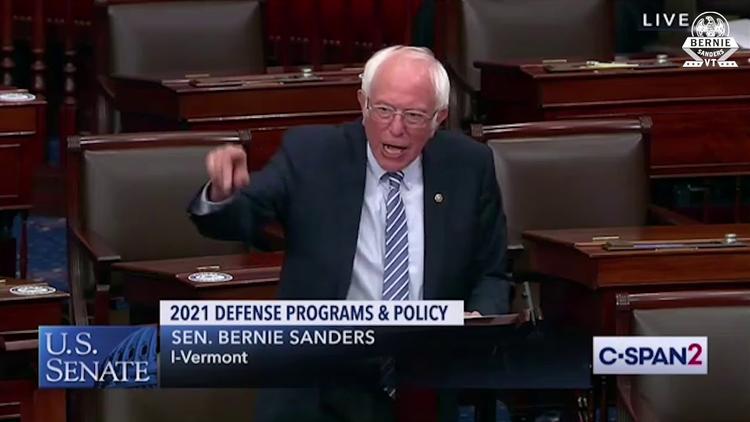 Southwest Harbor, Maine (Special to Informed Comment) – Imagine that as a member of Congress you are a strong advocate of urban public transit facilities. You have succeeded in prying from Congress funding for construction and maintenance of systems throughout midsized cities once almost exclusively dependent on the private auto for their transportation needs. You wake up one morning to read that toilets on your cars have become clogged and can only be repaired by use of a special chemical costing $400,000 dollars per toilet. In addition the electric motor frequently stalls going up hills and must be restarted only after a ten minute cooling down period. In addition on any given day in both 2017 and 2018, only about half of the engines were available at a given time, with the rest down for maintenance. (see Covid-19 Means good Times for the Pentagon at Commondreams.org)

What would be the media reaction? Likely some combination of ridicule, demands that the transit agency scrap these new electronic vehicles, and likely calls for defunding the entire transit program. The more partisan might repurpose and replay a familiar anti- government., narratives.

The US military doesn’t have to face such a barrage of criticism even though failures like those above, which occurred in real life weapons systems, are common in military contracting. Defense analyst William Hartung argues at Tomdispatch.org: “Washington’s reflexive prioritizing of the interests of defense contractors has meant paying remarkably little attention to, and significantly underfunding, public health. Now, Americans are paying the price.”

Why this reflexive prioritizing? Congress is polarized over exactly how much to put into a relief package or whether to spend money to militarize the police but little argument over how much to give the military. Often the final Congressional authorization is even more than the military leaders request. Military budgets continus to be very high in midst of a global pandemic. The military budget has survived the end of the Cold War, a global climate crisis, global financial meltdown, and a global pandemic. If anything these historic events serve only to strengthen the fiscal commitment to the military.

Every year during Pentagon budget time activists present alternative budgets that challenge the logic of military solutions to our current security issues. Budgets of that sort have a hard time receiving a hearing because of the very priorities and ideology of our domestic and international political economy. From Reagan on Republican electoral strategy has been to sow racial fear mongering and thereby fragment Democrats and the Left. Ian Haney’s Merge Left: Fusing Race and Class, Winning Elections, and Saving America has provided a clear explication of the core dog whistle narrative that guides the Right and has been adopted in lesser measure by many centrist Democrats. Put simply that narrative suggests: 1 society is divided between hard working conscientious citizens versus lazy and criminally inclined. 2) Distrust government because it does not care for the hard workers and 3 trust the market.

Of course distrust of government and faith in the market only go so far if the market itself collapses, as during the global financial crisis or the global pandemic. Both events were met with broad willingness to combat declining consumer and investment demand with government expenditures. Nonetheless the Right’s broad parameters did have an effect on policy. From the Cold War era on US countercyclical policy has emphasized military spending in defense of national and international policies and institutions that protect the hard workers. That spending in turn has often exacerbated international tensions, thereby confirming fears of a divided world.

A severe recession could in theory be met with increases in public housing assistance rather than new and expanded weapons programs. US policy invariably chooses the latter because it does not interfere with private profits and fits Manichean perspectives on the world.. Hartung argues: “Current Pentagon planning exaggerates dangers posed by other major powers and fails to address dangers emanating rom non military sources. Current military spending lags only slightly 2011 levels with 180,00 soldiers in Afghanistan and Iraq. “

The military’s bloated budgets are also a source of outsized corporate profits. For many Pentagon purchases there is no significant competition thus enabling monopoly profits or open ended cost plus contracts. In addition no new weapons system is ever the last word so every weapon is in need of an upgrade almost as soon as it is off the production line. Weapons systems are the ideal capitalist market.

“Of particular concern is the Senate’s endorsement of a continuation of the Pentagon’s plan to spend up to $2 trillion on new nuclear weapons systems over the next two decades. Within that buildup is a new ICBM — one of the most dangerous weapons on earth because the president would have only minutes to decide whether to launch them in a crisis, dramatically increasing the risk of an accidental nuclear war. These weapons should be eliminated from the arsenal completely.”

Unfortunately even weapons systems marred by a whole series of dangerous failures are seldom scrapped. The F-35 is the posterchild. Yet despite multiple such failures and scandalous cost overruns in many weapons systems over many years hardly anyone demands Congress defund the Pentagon.

On the contrary, such high tech systems are job security not only for many citizens but also for their members of Congress. Valerie Insinna, writing in the New York Times, points out that since the death of Senator John McCain, a harsh critic of the scandal-plagued F-35 “ no other lawmaker has exacted that level of scrutiny. That’s by design, said Dan Grazier of the Project on Government Oversight, a watchdog organization that has repeatedly criticized the aircraft. “It’s no accident that there are more than 1,500 suppliers for the F-35 program, and they’re spread out to almost every state,” he said. “That means that there’s basically a veto-a feature of today’s changing battlefield.””

For obvious reasons Congress lacks the will to address the bloated and dangerous military budget. The risks we confront at the border are a function of the inequalities these borders propagate and sustain. Eight workers in a room are a certain supercarrier for the Covid—19 virus. Activists on both sides of the border should demand living wages, healthcare and safe housing. If critics are concerned about a lack of resources, point to any number of fiscal excesses and dangerous preoccupations in the Pentagon’s annual budget.

Bernie Sanders: Let Us Reduce Our Bloated Military Budget And Invest In Communities That Need It Most