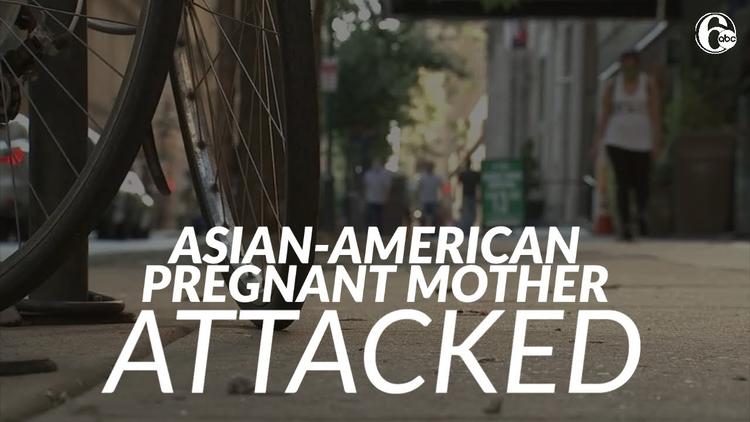 Ann Arbor (Special to Informed Comment) – On the left, there is widespread agreement that Trump’s immigration policies are informed by white supremacist doctrines. His travel ban on Middle Eastern nations was racially charged, not to mention restricting aid to Puerto Ricans ravaged by a hurricane. Combined with the utter absence of sympathy for families of murdered Americans, it would appear that race connects the dots in this administration’s policy puzzle, yet Trump-team’s hysterical China-bashing is often accepted as a legitimate response to an existential threat. Can we be certain that race plays no part in that drama?

Many recognize crude name-calling, like “Kung-flu,” as racist, but apart from that, a common give-away is contempt for outstanding performance by members of supposedly inferior groups. Kamala Harris is too “ambitious” (for a woman of color), and a former waitress like AOC has no business in the Senate.

What these remarks really entail is that Kamala’s formidable intelligence, and AOC’s rapier wit, are an affront to those who regard women and people of color as inferior. As sociologist Herbert Blumer put it, the group to which each belongs “is not keeping to its place but threatens to claim the opportunities and privileges from which it has been excluded.”

As it happens Blumer was talking about Asians, who are just as likely to arouse indignation should they step out of place. If high-performance women are smeared as “ambitious,” high-performance China is labeled “aggressive,” because it has no business achieving things we were meant to achieve.

A respected, liberal statesperson recently wrote: “China has aggressively pushed the message that it responded decisively and responsibly to the mounting death toll while the United States dithered.” In other words, China had the effrontery to state the facts, facts that undermine U.S. claims for cultural superiority. How could the Chinese government show greater concern for its people when we are a Democracy, and they are Communists?

The administration regularly insinuates that Chinese are “untrustworthy,” even though America lied about Three-Mile Island, WMD’s, Abu Ghraib, and mass surveillance, and we elected a leader who has lied more than 20,000 times. Even so statements from China are routinely dismissed without fact-checking, for no other reason than that a Chinese person said it. Could race be a factor here?

We fail to recognize racism directed at China or its people because certain code words allow a speaker to rationalize bigotry as due to something other than race. In recent months the most common codes for China include “aggressive,” “Communist,” “totalitarian,” and “Hong Kong.” The mere mention of any of these can justify open hostility toward all things Chinese.

“Communist” is the current term for the centuries-old “Despotic Oriental” meme. During the Cold War, those of us in Chinese Studies were taught that the Chinese emperor had absolute authority over all aspects of government and people’s lives, except that this turns out to be false. Unlike European monarchs, China’s emperor had little to say about who was appointed to office, and even less to say about any individual’s chosen religion, artistic taste, or choice of job.

Despite the facts, the Despotic Oriental theme returns zombie-like in essays on contemporary China, where we learn that all enterprises are state-owned and controlled by an all-powerful, “totalitarian” center determining every aspect of people’s lives. Admittedly, many Chinese firms are state-owned, but according to the Economist, the reality of private “Chinese entrepreneurship is broad as well as deep.”

Back in 2014 the media began reporting that Huawei phones were spying on their users. In response Huawei, which is employee-owned, has repeatedly requested hard evidence to back those claims. They are still waiting.

Then Edward Snowden released documents showing that “while U.S. government officials openly suspected [meaning “accused”] Huawei of collaborating with Chinese intelligence, the NSA was covertly infiltrating the company’s servers.” More recently it appears that U.S. anxiety around China’s 5G technology might have more to do with the fact that, on Huawei phones, the U.S. “will no longer be able to require ‘back doors’ that the NSA can use to spy on us all.”

When it comes to China, the press might even repeat cringeworthy sentiments as if they were perfectly sound: “The Trump administration has long alleged TikTok may pose a national security threat, in large part due to its Chinese ownership.” We are meant to assume that ownership by a Chinese person is sufficient cause for concern, ignoring the fact that Trump has a personal grudge against TikTok, since it was credited with reducing the turnout in Tulsa. But let’s imagine if the Washington Post were to write: “The administration has always regarded Company X with suspicion, in large part due to its Black ownership.” Would we accept that argument as well?

Since pro-democracy demonstrators in Hong Kong began tossing petrol bombs into the underground last year, the word “Hong Kong” has become a magic bullet justifying multiple actions against the PRC. As the July issue of the Economist wrote “Any remaining illusions that China’s leaders respect rule of law when it really matters have been shattered by events in Hong Kong.” Those events, however, were not specified.

There is good reason to believe that, during clashes between Hong Kong police and protesters, egregious acts of brutality took place, and all such acts should be condemned, whether they occur in Hong Kong, Portland, Kenosha, or anywhere else.

What isn’t clear is, how did the author of that article convince herself that the U.S. still retains the standing to stand for “rule of law”? Can s/he have forgotten Trump’s impeachment trial where crucial evidence and witnesses were barred from court, and where jurors declared their decision before reviewing any evidence?

That spectacle, together with the administration’s criminally negligent handling of the pandemic, has inspired a spate of essays in the Washington Post, The Guardian, Slate, and elsewhere on the demise of American leadership. Granted, all those essays were critical of specific Chinese policies, but they agreed on the expiration of any grounds for American exceptionalism.

Perhaps most poignant was Mishra Pankaj’s essay showing why the U.S. and Britain are no longer qualified to “claim moral superiority over China, Russia and Iran. The early winners of modern history now seem to be its biggest losers, with their delegitimised political systems, grotesquely distorted economies and shattered social contracts.”

Knee-jerk assumptions about collectivist Orientals may have contributed to the mask wars and a good many lives lost. From experience, authorities in China determined that extensive use of masks, testing, and tracing could help to reduce the spread of the disease, but in March, media outlets suggested that Asians wear masks because they are fundamentally different from individualistic Westerners, for whom “facial expression is very important.” The idea that Asians might wear masks out of concern for others was not considered.

As recently as April American medical scientists remained skeptical of China’s methods, concluding that ordinary masks were basically useless because they did not block a high percentage of airborne pathogens. Claims like these only helped to bolster Trump’s culture wars, further sabotaging sane pandemic policy based on China’s earlier practice. Eventually of course, experts here conceded that less-than-perfect masks, testing, and tracing in fact offered our best chance to control the pandemic, but in the meantime how many Americans died needlessly?

Few would doubt that China poses challenges for America, but we can no longer pretend that American policies are always just, or that China is the evil empire. China used to provide a major market for American agriculture and the auto industry; now it doesn’t. President Trump determined that. China used to work closely with WHO sharing their massive data on Covid-19; now they don’t. President Trump determined that. China could offer critical help in mounting an effective response to climate disaster, but that would make no sense to Trump, who sees the world as a collection of races not keeping their places. Connect the dots.

At a time when no one can escape pandemic or global heating, policy may matter more than ideology. If a “Democratic” nation revokes emission standards, everyone will suffer. If a “Communist” country develops effective pandemic responses, everyone benefits so long as nations share ideas and data. Traditionally, liberals tend to embrace these kinds of common-sense strategies. Why should anyone opt for race over reason just because someone uttered the word “China”?

6abc : “‘She punched me on my face’: Asian-American pregnant mother says attack was targeted”