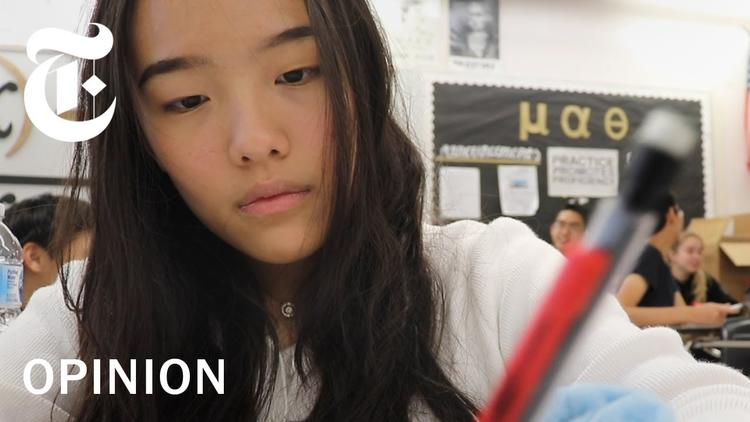 Chicago (Special to Informed Comment) – President Donald Trump has systematically focused on a xenophobic rebranding of COVID-19 as a “Chinese virus” to help cover up his disastrous response to the pandemic. In a mistake-filled, zombie-like Oval Office address last week, Trump looked into the camera with sickly eyes and warned Americans of an enemy who has infiltrated our borders. We are at war, he said, with a “foreign virus” — as if a microbe possesses a sinister Un-American nationality. He asserted that the outbreak “started in China” and then spread to the “European Union,” which resulted in U.S. disease clusters “seeded by travelers from Europe.” To Trump, the real problem is wandering Europeans rather than his disbanding of the global pandemic team, a fatally slow testing regimen, and community transmission. Referring to the “Chinese virus” in several tweets early this week while continuously congratulating himself on the unsuccessful closing of the border, he deflected the blame for his administration’s monumental failures. Sloppily dressed in “MAGA” and “USA” baseball hats, Trump has consistently downplayed, denied and misled the public about the seriousness of the threat while emphasizing racism, nationalism, and xenophobia in his response to the crisis.

Trump snuck into office on a message of division, bigotry, and hate. For a man who campaigned on inflammatory rhetoric and made anti-immigrant policies a cornerstone of his agenda, it comes as no surprise that xenophobia has become a systematic part of Trump’s defense against the coronavirus. With COVID-19 spreading across the US, Trump tweeted on Tuesday morning that “we need the wall more than ever!” falling back on his tried and tested fear-mongering while blaming immigrants for the country’s illness.

For the past five years, Trump has explicitly promoted the notion that foreigners carry contagion. In 2015 he proclaimed that Mexicans were to blame for “tremendous infectious disease pouring across the border,” a charge he has repeated as president.

Trump’s xenophobic propaganda has been amplified by government and media allies. Though the disease was first detected in Wuhan, China, the World Health Organization (WHO) designated the neutral name COVID-19 and sought to avoid geographic stigmatization. Rather than referring to the disease by its official name, Fox News commentators like Tucker Carlson and Laura Ingraham stoke Sinophobia by repeatedly referring to the “Chinese virus,” “Wuhan virus” or even the “Wuhan flu.” These intentional choices point to how naming outbreaks can be used to stigmatize entire groups of people.

Republican politicians, including Secretary of State Mike Pompeo and House Minority Leader Kevin McCarthy, also make a point of calling the disease the “Wuhan virus” or “Chinese coronavirus.” Pompeo ignored pleas from from Beijing and WHO to stop using names for the virus that could incite racial discrimination. The “blame China” rhetoric was expanded by Arkansas GOP Senator Tom Cotton who echoed a virulent right wing conspiracy theory that the virus was a Chinese bioweapon.

In late February, the American Enterprise Institute, the most influential foreign policy think tank on the right, tweeted out, “Was coronavirus a bioweapon? We don’t know, but history shows we can’t trust China.” The “theory” that the virus was a bioweapon gone wrong has been long debunked by multiple scientists. “There’s absolutely nothing in the genome sequence of this virus that indicates that it was engineered,” said Richard Ebright, a professor of chemical biology at Rutgers. “The possibility this was a deliberately released bioweapon can be firmly excluded.”

The denigration of certain populations is a familiar symptom of viral outbreaks. “Whenever there’s a crisis like an epidemic, people immediately look for who to blame. Existing ethnic prejudices and public hysteria in the face of disease have often created a wholly false linkage between illness and specific racial groups,” writes Alan Kraut, Professor of History at American University and author of Silent Travelers. Disease fosters fear, which in turn fosters discrimination. During the 1853 yellow-fever epidemic in the United States, European immigrants were the primary targets of stigmatization. In the early years of AIDS, the Haitian immigrant community suffered the stigma of association with the disease.Over one thousand Haitian refugees – accused of carrying AIDS in 1992 – were forcibly quarantined at Guantanamo Bay.

During the 2003 SARS outbreak, Asians bore the brunt of racism. When the Ebola outbreak emerged in 2014, Africans were targeted. Accused of being carriers of contagious sickness, foreigners are characterized as both ill and infectious while the native born are healthy but vulnerable. “Stigma, to be honest, is more dangerous than the virus itself,” stated Tedros Adhanom Ghebreyesus, the WHO director general.

The Chinese have frequently been targeted. During an 1876 outbreak of smallpox in San Francisco, a population of 30,000 Chinese became medical scapegoats. Chinatown was blamed as a ‘laboratory of infection,’ and quarantined amidst calls to halt immigration. The 1882 Chinese Exclusion Act banned the entire ethnic group and excluded Chinese nationals from eligibility for U.S. citizenship. Again, as bubonic plague spread in San Francisco in 1900, officials racialized the epidemic and quarantined Chinatown with orders to remove all white people from the area. “Things got to the point where there were forced vaccinations of people in the Chinatown community with a vaccine that had not been fully tested,” said Doug Chan, president of the Chinese Historical Society of America. ‘It produced adverse reactions, using the Chinese as human test subjects.”

The racist stereotype that the Chinese are dirty, eat strange foods, and are vectors of disease has existed for a long time as part of a history of camouflaging xenophobia as a public health and hygiene concern. Thanks in large part to Trump, the dormant stigma has reemerged along with the coronavirus. The fear of getting sick gets entangled with this legacy of anti-Chinese, anti-Asian prejudice that makes them targets of suspicion, discrimination, and harassment. “People call us ‘Corona’ and ask us if we eat dogs,” said one Asian-American. “You’re Chinese so must have the coronavirus.” These were among many stories of Anti-Asian hostility submitted to NPR’s Code Switch podcast in recent weeks.

Trump and his allies, by renaming COVID-19 as a “Chinese virus,” attempt to mutate fear of disease into unchecked xenophobia and racism. Rep. Judy Chu (D-Calif.) urged all of her government colleagues to stop using terminology that stokes fear and prejudice against Asian Americans. “Since the outbreak of COVID-19, we have seen a surge of discriminatory rhetoric and violent attacks against Asian Americans across the country,” Chu wrote in a letter signed by members of the Asian Pacific American Caucus. “Even just looking Asian has been enough to incite attackers to hurl insults and accuse individuals of being disease carriers.”

As a white supremacist, Trump could not care less. Besides racism, the problem with his morally repugnant approach is that the coronavirus crisis requires international cooperation — it’s a global pandemic. Bigoted divisiveness and nationalism is the exactly wrong approach, where the solution requires a worldwide pooling of medical resources. In the near term, when mitigating the coronavirus is paramount, the United States could get help from China to provide the ventilators, masks, and other medical equipment that are urgently needed. In making use of its unmatched productive capacity, the Chinese government has agreed to sell 1,000 ventilators and 2 million masks to Italy along with donating respirators, protective suits, and test kits. Now, in the face of a pandemic, the absence of domestic capacity in critical medical sectors has endangered both the U.S. public health system and our economy. The inability to quickly increase the production of personal protective equipment, respirators and pharmaceutical drugs limits our ability to mitigate the worst effects of the disease. In part, this is because Trump’s government is woefully underprepared, mismanaged, incompetent, short-sighted, disorganized, and unimaginative — three or four weeks behind the virus, having fired the global pandemic response team in 2018.

As the coronavirus cases in the United States grew, Trump minimized the outbreak, predicted that it will end miraculously, failed to get the testing regimen up and running, and continually spread disinformation, calling it a Democratic and media hoax while tweeting, “the virus is very much under control.” In fact, Trump has become a delinquent bystander as mayors, governors and other local leaders have moved to fill the federal leadership vacuum in slowing the virus. As a reflection of Trump’s nationalism and xenophobia, his administration failed to purchase or adapt the diagnostic tests of China, S. Korea or the World Health Organization. This catastrophic failure, which will increase the death toll, prevented authorities from understanding the scope of the pandemic and adjusting appropriate mitigation steps. Some reports even suggested that Trump repressed testing so the infection numbers would stay low. But he can’t cover up the facts of his failure — the stock market crash, the impact on the lives of people, the cratering of the economy, and the potency of the pandemic that is infecting and killing people. Emphasizing the foreign-ness of the disease is a cowardly evasion and a pathetic avoidance of responsibility which is emblematic of Trump’s approach as he emphasized at a recent press conference saying: “I take no responsibility at all.”