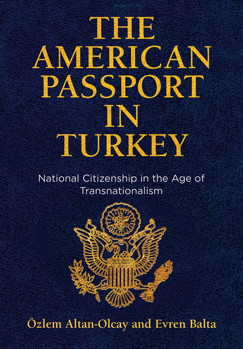 Istanbul (Special to Informed Comment) – The perceived failure of the West in the fight against the COVID-19 pandemic, along with the current protests against racist police brutality in the United States, screened on TV channels across the world, have reignited one of the most widely considered questions of the last decade: is the global hegemony shifting from the West to the East and from liberal democracy to authoritarianism? Is the American Century over? These questions are often discussed with reference to great power politics. However, given their visceral implications, perhaps we should also consider how they are experienced at the micro-level. Is the West losing its allure in the imaginations and experiences of individuals around the world? What does this period of uncertainty and anxiety mean for citizenship regimes and the individualized coping strategies revolving around them?

For the last eight years, we have been tracking three groups and the meanings they attribute to their citizenship status: Turkish families who have arranged for their children to be born in the United States; Turkish-American citizens who have lived in the U.S. for extended periods but have decided to return to Turkey; and natural-born American citizens who ended up building their lives in Turkey permanently (Altan-Olcay and Balta, 2020). For all three groups, U.S. citizenship represented insurance—a status that could be used to mitigate the impacts of political and economic crises because you could escape them. Groups born and raised in Turkey felt the brunt of government repression and hoped that their American children could exit Turkey if the worse came to the worst. American citizens explained that, because of their passport, they could move outside the United States during economic crises to find jobs relatively easily, especially in the Global South, because being an American outside of the United States was a ‘rare asset.’

Özlem Altan-Olcay and Evren Balta, The American Passport in Turkey: National Citizenship in the Age of Transnationalism. University of Pennsylvania Press [Click here].

In these narratives, the allure of the American passport, or for that matter of any passport in the liberal West, was twofold. First, the United States was where people wanted to escape to from crises elsewhere. Second, the passport provided protection wherever one lived, whether inside the safe zone of the West or outside. We concluded that, when citizenship regimes organize, naturalize, and cover up inequalities across nation-states, people use whatever means they can and practice diverse citizenships to fend off insecurities, with Western passports playing a significant role in these strategies of escape and survival.

Ironically, citizens in many countries in the West have also developed the same insecurities. The growing strength of right-wing parties and governments has raised questions of how democracies decline (Levitsky and Ziblatt 2019; Acemoğlu and Robinson 2019). Far-right mobilization and hate speech pose tremendous threats on American university campuses. Anti-immigrant sentiments and policies are on the rise. What used to be far-right racist rhetoric is becoming more mainstream as governments usurp individual freedoms with alarming ease, using the pretext of terror, migration, and today the pandemic.

When Thomas Friedman suggested that what Trump is doing in the United States is right out Erdogan’s playbook in Turkey (2016), he was also implying that this is a global phenomenon. Indeed, increasing authoritarianism is true for both the global periphery and Western democracies, although everyday life in places with longer experience of authoritarian backsliding continues to be much more violent. With few or no effective public institutions – welfare states, public schooling, free media, independent courts –people have less opportunity to maneuver individually to improve their lives or resist collectively. Consequently, access to Western citizenship regimes has retained its value for both the middle and upper-middle classes born in the Global South and Westerners who have chosen to settle there.

Hirschman (1970) writes that members of a nation-state have two possible responses when they perceive that the meanings and opportunities associated with their citizenship are worsening. They can either attempt to correct the existing state of affairs by voicing their dissent or they can “exit”, that is withdraw from membership. Citizens of the Global South have opted for the second option whenever possible because western citizenship in itself has signified privilege and an individualized mechanism to manage increasingly risky and unpredictable settings despite democratic backsliding in the West. Under these conditions, the American passport has developed a special status because of its (relative) ease of access compared to European citizenship.

Thus, regardless of debates that question the durability of democracy in the West in general and arguments about the declining economic and political power of the United States in particular, individuals have still valued membership in the West. Its rules and institutions still appear more durable than the danger posed by recent right-wing shifts. while citizenship status can be a liability or insurance depending on which of the myriad risks one faces, the pull of the West seems to persist in the expectation that its membership is less likely to be a liability than an insurance because of the possibilities of exit and mobility that if offers. This was true whether one aspired to leave other places to settle in the West or move in the opposite direction because it was easier to be transnationally mobile with a Western passport, regardless of where one chose to live. The question before us is whether these perceptions, experiences and practices are undergoing a radical shift today with the pandemic.

Global Stratifications and Mobility after the Pandemic

In our book, The American Passport in Turkey, we argued that, when we pay attention to the increasing importance of mobility and exit opportunities, the allure of the West continues because of the transnational implications of membership in it. This is a world in which certain groups are emancipated from territorial constraints whereas nation-state borders are closed to most others. Seamless transit is possible only for actors with the ‘right’ passports, the ‘right’ class positions, and the ‘right’ cultural capital (Balibar 2004). And the definition of who and what ‘right’ is narrowing as states change citizenship rules to restrict immigration to the world’s privileged few, a global minority with wealth or sought-after skills. This is a new kind of global stratification in which resource inequalities intersect with inequalities of mobility (Eliott and Urry 2010; Mau 2010). Notwithstanding the persistent allure of the West despite democratic decline, what will happen after the COVID-19 pandemic? How will we have to rethink the connections between widespread inequalities and risk strategies based on mobility?

For months now, COVID-19 has been wreaking havoc worldwide, intensifying these political shifts. We were told to stay home, literally, but also to stay put in the countries where we supposedly ‘belong’ as borders were closed off one after another and charter planes from different countries transported citizens back to their countries of origin, should they want it. The mobility aspirations and practices we discussed in our book have become quaint in an atmosphere where no one can move. One can only stare into the unknown like a deer caught in the headlights.

In fact, Washington Post has recently reported that the new travel restrictions have instigated a new trend among wealthy American citizens similar to that among the privileged of the global periphery: buying a second passport. Apparently, the holders of the American passport are now worried about both the impact of the U.S. politics on their passport’s global standing and the possibility that travel restrictions might be entrenched because of their US citizenship if the pandemic carries on for another year or two. The report notes that legal firms, which service the privileged, looking for purchasing a second passport, have seen a %40 per cent increase in American clientele. In a world where even U.S. citizens are trying to escape the anticipated restrictions of their passport, which many have historically coveted, it is likely that the advantages associated with seamless mobility will become the privilege of even fewer people and a diminishing possibility for the majority.

These contemporary shifts indicate that perhaps citizenship is no longer, at least for the time being, a solution to problems of national crisis, insecurity, or unpredictability. Citizenship status does not protect against COVID-19, either (although tremendous inequalities in access to knowledge, health care, and economic resources persist within and across borders). The fact that countries like the United States have fared poorly in their response to the pandemic, not to mention the intensification of authoritarian trends everywhere, could mean that the appeal of centers of the West will weaken further. Exiting your country if it is in crisis may no longer be a possibility because the crisis is everywhere.

The stories of people who once took solace in the status of Western citizenship suggest to us that our theorizations of what might come next may have to start with comprehending lived realities; the fears that people have and the stark inequalities that underscore experiences of insecurity. As the weakening of the West in the eyes of its ‘others’ is likely to create further opportunities for authoritarians to limit rights and freedoms, it also signals that conditions of insecurity are systemic and individual strategies are futile. If no one has exit options anymore, regardless of location, maybe this should encourage us to start thinking collectively about our shared global insecurities and the inequalities underpinning them.

Özlem Altan-Olcay is Associate Professor of Political Science in the Department of International Relations, Koç University in Istanbul. Her doctorate is from the Department of Politics, New York University. She researches citizenship studies, gender and citizenship, gender and development, elite networks in the Middle East, transnational class formations, and micropolitics of inequality.

Evren Balta is Associate Professor International Relations a the Faculty of Social Sciences of Ozyegin University and a Senior Scholar at Istanbul Policy Center. Her main research interests are political violence, security, and citizenship. She holds a Ph.D. in political science from The Graduate Center, CUNY (2007).