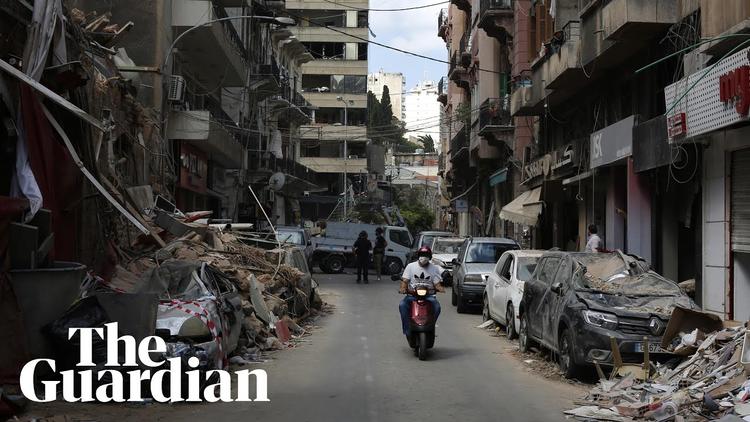 Southwest Harbor, Maine (Special to Informed Comment) – Did the massive explosion in Beirut, about three quarters of a century after the decimation of Hiroshima and Nagasaki, have any lessons or warnings for us. I think the answer is clearly yes.

Lesson 1: Early news reports regarding the Beirut blast indicate that government officials had been warned about the dangers posed by the storage of large quantities of ammonium nitrate, the highly volatile compound that can be used for fertilizer or bombs. These warnings came to naught, compliments of a government that was both incompetent and corrupt. Everywhere in the world corruption reflects and intensifies a scorn for the common good.

Lesson 2: US anti -nuclear activists have long documented the many risks not only of war by miscalculation but also the real possibility of accidental discharge of these weapons. Reading detailed accounts of near misses leaves me with the sense that one of the great miracles of the nuclear age is that thus far there have n been no catastrophic detonation of these materials. Nonetheless. for their trouble and their bravery in nonviolent resistance of weapons and their makers these modern day Cassandras’ reward has been time in jail.

Lesson 3: If a low tech explosive can bring a modern city to its knees, what does this say Looking at the footage of Beirut’s remains leads me to conclude that life itself will depend on emigration and/or massive infusions of food and other necessities. But awful as this explosion was, it represents less than a fifth of the firepower unleashed on Hiroshima. Hiroshima in turn is another order of magnitude less potent than the Hydrogen Bomb, a nuclear device that some of its creators regarded as a game changer just as significant as the atomic bomb itself. Helen Caldicott speaks eloquently of where this leads us: “A twenty-megaton bomb (the equivalent of twenty million tons of TNT) would excavate a hole three-quarters of a mile wide and 800 feet deep, converting all buildings and people into radioactive fallout that would be shot up in the mushroom cloud. Within six miles in all directions every living thing would be

Lesson 4: Much of today’s knowledge of near accidents comes from government documents declassified only many years after the incident. Knowledge of these incidents is of no benefit to our enemies. National security is invoked to conceal information that might lead to public rejection of the next step in the arms race.

Lesson 5: Just as lies and deceit preceded and enabled the careless storage of the fertilizer/bomb so too did the nuclear age begin with a foundational lie, one still accepted by most citizens today. As Gar Alperovitz puts it, “the overwhelming historical evidence from American and Japanese archives indicates that Japan would have surrendered that August, even if atomic bombs had not been used — and documents prove that President Truman and his closest advisors knew it.”

Lesson 6: Like the Pandemic and Global Climate Crisis, nuclear arsenals are a threat to human survival. All three are made more dangerous by denialism and the other comforting narratives that portray them.