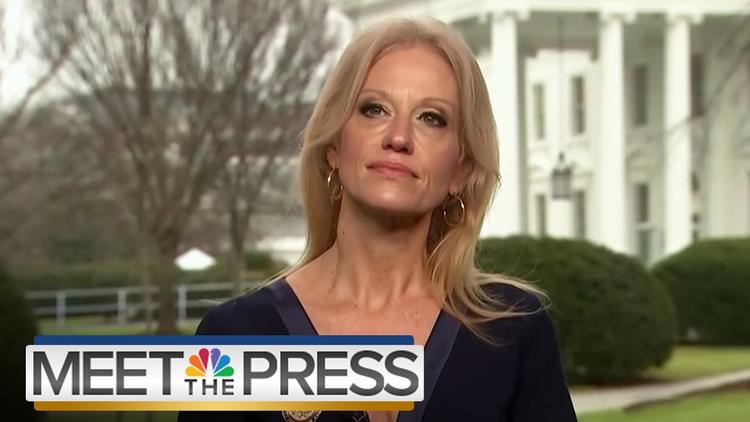 Sacramento (Special to Informed Comment) – In pre-revolution Iran during the mid-1950s, an elementary school textbook had a parable about an illiterate mullah. He ran the village maktab (religious school) teaching the children how to memorize and recite the holy Koran. Since the villagers were illiterate, their collective nescience made life comfortable for the mullah. As fate would have it, one day an educated young man came to live in the village. His arrival suddenly threatened the power and the livelihood of the mullah. To discredit his rival, the mullah came up with a clever scheme. He called on the villagers to gather around and asked the young man to write on the board the word “snake.” The young man complied. He then drew a picture of a snake next to his words and turned toward the villagers asking them: “Folks, in your opinion which of these writings spells “snake?” They all pointed to the mullah’s snake drawing. If memory serves me, the dejected young man in the story left the village!

In Trump’s America, we are witness to a high-tech replay of the Iranian village scene just described. The role of the deceitful mullah is taken up by Newt Gingrich, Rudy Giuliani, Kelly Ann Conway, and, of course, Donald Trump. All are hell-bent on duping politically illiterate Americans. How the crowd feels and reacts to an issue, they brazenly declare, is more important than the facts and the evidence behind them! “As a political candidate,” Gingrich proudly acknowledged, “I’ll go with what people feel;” even if it’s false, he conveniently forgot to add. Or take Rudy Giuliani’s infamous declaration: “Truth isn’t truth,” a contrariety that in Kellyanne Conway’s rendition becomes “alternative facts.” Indeed, throughout Trump’s presidency, Americans are not only entitled to their opinions but also to their own facts; the crowd’s reaction ultimately determines the truth.

Not long ago when reality had not become a politically contested issue, political discourse hardly ever drifted into the twilight zone of “alternate” reality. Reality was a given; those who praised a substitute risked ridicule or were given up as delusional. For this and other reasons, political campaigns and debates rarely veered off into questioning the sanity of the person seeking or holding the country’s highest office. Barry Goldwater’s candidacy in 1964 was, of course, the exception that proves the rule.

This all changed dramatically with the 2016 election. A minority of mostly disgruntled Americans, benefiting from the US’s byzantine and undemocratic electoral college, succeeded in placing a person of doubtful sanity into the highest office of the land. Let’s be honest: we have a deranged president.

A broadly recognized definition of insanity is the loss of contact (touch) with reality. Since he began his campaign for Presidency in 2015, Donald Trump has consistently challenged the “reality” of the American political system by promoting conspiracy theories including the “deep state,” which he claims is the locus of real decision-making in America. Several psychiatrists and journalists have openly questioned Donald Trump’s sanity. Bandy Lee, a Yale University forensic psychiatrist, observes: “It is no accident that everything he says is the exact opposite of reality … Trump endangers lives by waging war on reality, not the coronavirus.” Most recently, Trump’s niece, Mary Trump, who holds a doctorate in clinical psychology, chronicled in her book, Too Much and Never Enough, the sordid psychological environment where Donald’s personality took shape. She maintains Trump became a sociopath who unlike his father is not “high functioning at all. ”

Trump’s presidency has revived in my mind the remarks by Theodor Kisiel (a philosophy professor at Northern Illinois University) during a lecture in the early ‘70s where he described a “mad person” as one “who has lost everything except his logic.” Think about it! A paranoid individual obsessed with escaping the harm he is convinced his tormentor intends to inflict on him is acting perfectly rationally, given his assumptions about the alleged tormentor. What makes him irrational (“mad”) is not his behavior (escaping), but everything else that he has lost due to the illness which prevents him from testing whether his paranoid ideations are real or not.

Those who demur at the insanity charge levied against Trump, are left with one other option to explain his contemptibly bizarre and anti-social behavior: deception. If not insane, then Trump ranks among the greatest con artists in the history of this county who has made it to the presidency. Donald Trump’s sister, Maryanne Trump Barry, a former federal judge, sees him in this light. In secretly recorded remarks to her niece, Mary Trump, the judge says her brother “has no principles.” “His goddamned tweet and lying, oh my God,” she continues, “The change of stories. The lack of preparation. The lying. Holy shit.” A compulsive liar, few imposters have been as successful in hoodwinking so many Americans to buy into his self-serving “alternate reality” as Trump has. So, is Trump insane or is he an imposter? The two are not mutually exclusive. He is both.

What is before us in the upcoming election is not just a nation divided along racial, ethnic, religious, economic, ideological, you name it, cleavages. We have a nation bifurcated along a reality-delusion fault line! Never before have we experienced such a schism and have had a president who sees his re-election riding on further fracturing this social fissure so he could win and stray the nation away from the world as we know it.

Many have warned that our democracy is at stake in the upcoming elections. Without a doubt, Trump poses a clear and present danger to American democracy (or what is left of it): “When somebody is the president of the United States,” Trump recently pontificated, “the authority is total and that’s the way it’s got to be.” (my emphasis). But no less important, this election is a referendum on reality versus make-belief. It is about rescuing our collective sanity by reconnecting politics back to the real world.

Trump’s disconnect with reality (insanity) is the most compelling reason to vote him out of office. Many Biden’s supporters appear to recognize the stakes and concluded that Trump is both deranged and a danger to America. Should he win, our democracy might end up irreparably damaged for decades to come (think Supreme Court). Among the Democrats and the independents, those who regard themselves as “progressive” will be pivotal players. They will have an outsized role in the elections’ outcome. If they seriously want to pursue their progressive agenda, they should not overplay their hand. Their priority must be defeating Donald Trump. To do so, they ought to heed the advice of their mentors, especially Bernie Sanders and Elizabeth Warren, by actively supporting the Biden’s campaign, despite policy disagreement. Trump’s supporters make up nearly half of the voting electorate; they are funded to the hilt by the plutocrats and their rightwing Super Pacs. By all appearances, Trump has successfully redefined in his mendacious image both American conservativism and its vanguard, the Republican Party. Moderate Republicans and conservatives have been co-opted, silenced, or forced out. Some now find themselves ideologically closer to the Democratic party than to the zealotry and the reality-distortions that have become the touchstone of Trump’s Republican Party. They too should be welcomed by the Democrats. Still, the progressive voters remain a pivotal force that could enable the Democratic party to defeat Donald Trump and his party.

Democracy Now: “From Reagan to Trump: Why the RNC was a pinnacle of conservative propaganda”