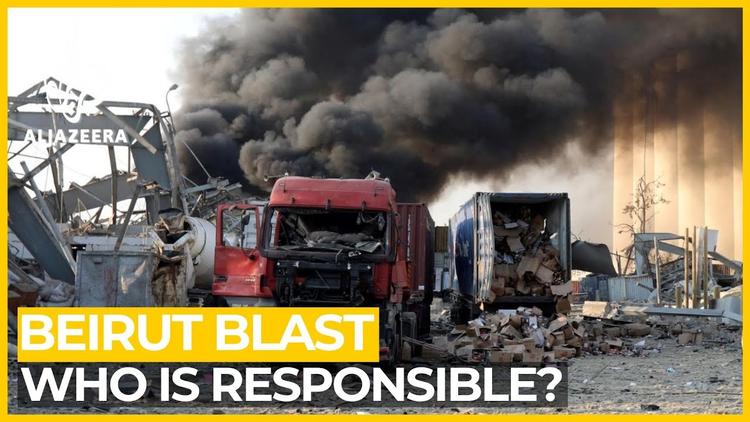 By Scott Edwards and Christian Bueger |

At the time of writing at least 100 people have lost their lives and a further 4,000 have been wounded following an explosion in the Port of Beirut. While the actual cause remains uncertain, the tragedy calls to attention the tremendous consequences of a lack of port security.

The explosion, on August 4, at around 6pm local time, appears to have been fuelled by 2,750 tons of the highly reactive chemical ammonium nitrate. The chemical had been the cargo on a ship, the the MV Rhosus, which entered the port at Beirut in 2013 due to a lack of seaworthiness and was prohibited from sailing. After the ship’s owner abandoned the vessel soon afterwards, the ammonium nitrate remained in a storage facility in Beirut’s port.

While the disaster itself was exceptional, the events leading up to it were not. Hazardous material is shipped across the world’s oceans on a daily basis. It is often mishandled or illegally traded. Abandoned containers of hazardous goods are found regularly in ports.

While maritime security tends to focus on preventing high-profile events such as piracy, terrorism or cyber-attacks, all too often it is daily mishandling that makes disasters possible. Part of preventing disasters such as what has happened in Beirut will mean strengthening port management and addressing crimes such as smuggling and corruption.

The International Maritime Organization (IMO) has recorded 97 cases of abandoned ships and crews since 2017. Ships are abandoned by their owners if a vessel is no longer lucrative to maintain, or perhaps if the ship has been stopped by authorities and fined. While the situation of the seafarers aboard these ships is often tragic, as they may receive little pay or even food for months, what happens to the load of the vessels is often unclear.

And the IMO number only reflects the cases of ships – we know little about how many containers stand abandoned in ports around the world.

A UN report indicates that this number may be large. Containers often lie abandoned within ports, sometimes even by design, fuelled by criminal activities such as waste smuggling and corruption. Despite some efforts to counter this, the issue remains widespread and there are continued obstacles to tackling it.

Shipping companies often sail to Asia with empty containers, as much of the flow of trade is from Asia to Europe. As a result, they are willing to take low-value and high-volume bookings on the initial leg.

This has facilitated a burgeoning waste trade and with it a smuggling sector, where illegal forms of waste such as unrecyclable plastics are shipped from western countries to countries such as Indonesia and Malaysia. Thousands of these containers lie abandoned once they reach the port.

Much of the waste is less dangerous than the ammonium nitrate that fuelled the Beirut explosion, but it can still have dreadful effects. Plastics, for example, can cause hazards if not properly disposed of. Much of it ends up in the ocean, fuelling the ocean plastic crisis.

In 2019, Sri Lankan authorities discovered more than 100 abandoned containers in the port of Colombo. They contained clinical waste, potentially including human remains, and were leaking fluids. The risk that the containers had contaminated the ground and surface water in the two years they had lay in port unnoticed fuelled public health concerns. Sri Lanka has been able to investigate this problem – but it is likely that, in many cases, abandonment goes undiscovered.

The abandonment of dangerous containers in ports is not a new problem. Since the 2000s there have been significant efforts to increase security levels in ports through surveillance, training and safety protocols. In light of the continuing abandonment problem, we know that these measures – and their implementation – are insufficient.

First, we have to start seeing the smuggling of waste and the abandoning of ships and containers as major offences. They should be seen as important parts of the blue crime and maritime security agenda. Appropriate legislation is needed to criminalise them. An international database for such crimes is required, as is transnational cooperation to address them.

Second, corruption in ports plays a key part in ensuring that abandonment goes unnoticed. It needs to be addressed with a concerted international effort.

Finally, increased efforts in building the capacity of ports to deal with hazardous waste, to detect smuggling and to deal with abandonment cases are needed. In particular, this will be necessary for ports which have limited resources and are common destinations for abandoned containers, such as ports in Asia and Africa.

The UN Office on Drugs and Crime, the International Maritime Organization and the European Union already conduct port security capacity building work, in particular in Africa. More of this kind of work is needed.

Beirut has shown us the kind of impact a port disaster can have on a city and its inhabitants. Lessons must be learned to make sure a tragedy like this does not happen again.